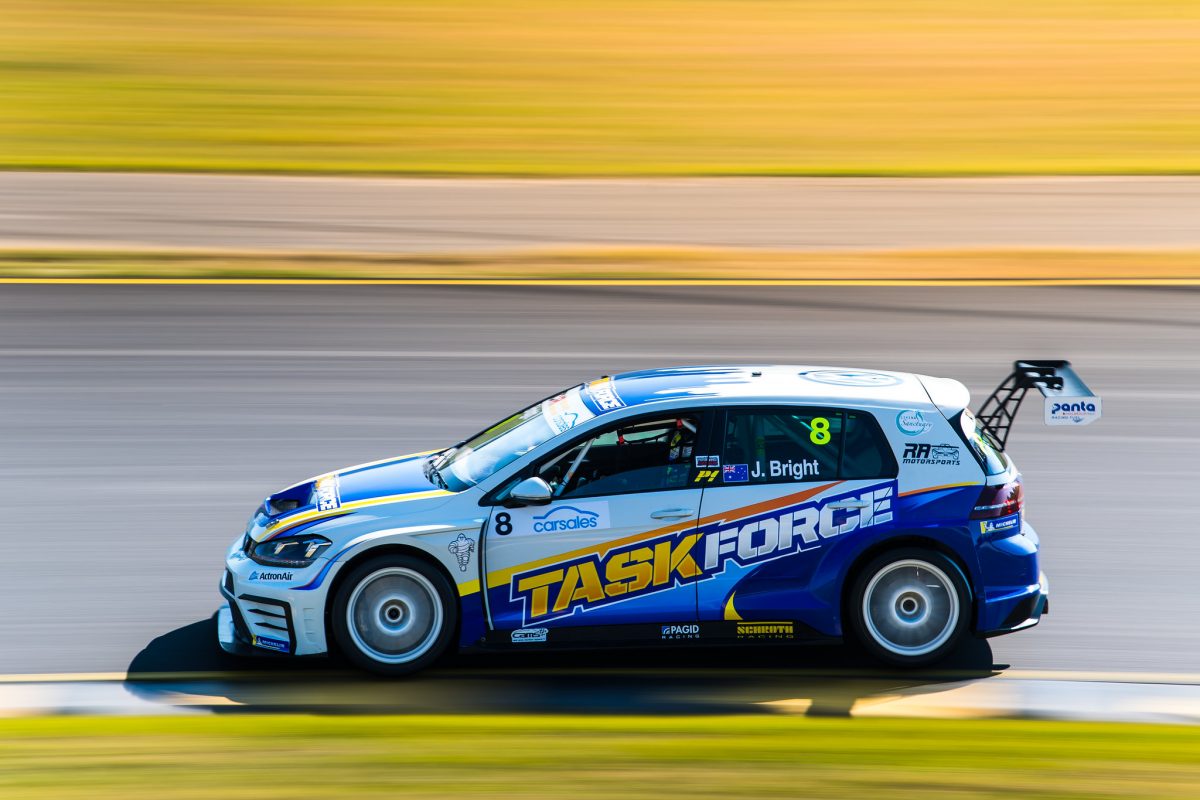 Officials have enforced a 20 series points penalty to Bright for causing contact with Kelly Racing’s Andre Heimgartner in Saturday’s race.

The Alliance Autosport driver bumped the rear of Heimgartner’s Subaru WRX which pitched the Kiwi into a slide at Turn 3, causing a multiple car crash and the second Safety Car period.

Jimmy Vernon (GRM, Alfa Romeo) attempted to dive down the inside of the pair but made contact spinning across the road and into retirement along with Bright.

Bright was involved in an incident early in the race when he touched Garth Tander’s Audi RS3, which went unpunished by the stewards.

Tander was however awarded a 10 second penalty after clashing with John Martin’s Wall Racing Honda on the opening lap that also forced HMO Customer Racing’s Nathan Morcom out of the race.

As a result, Tander, who came home in fifth, has now been classified in 10th position.