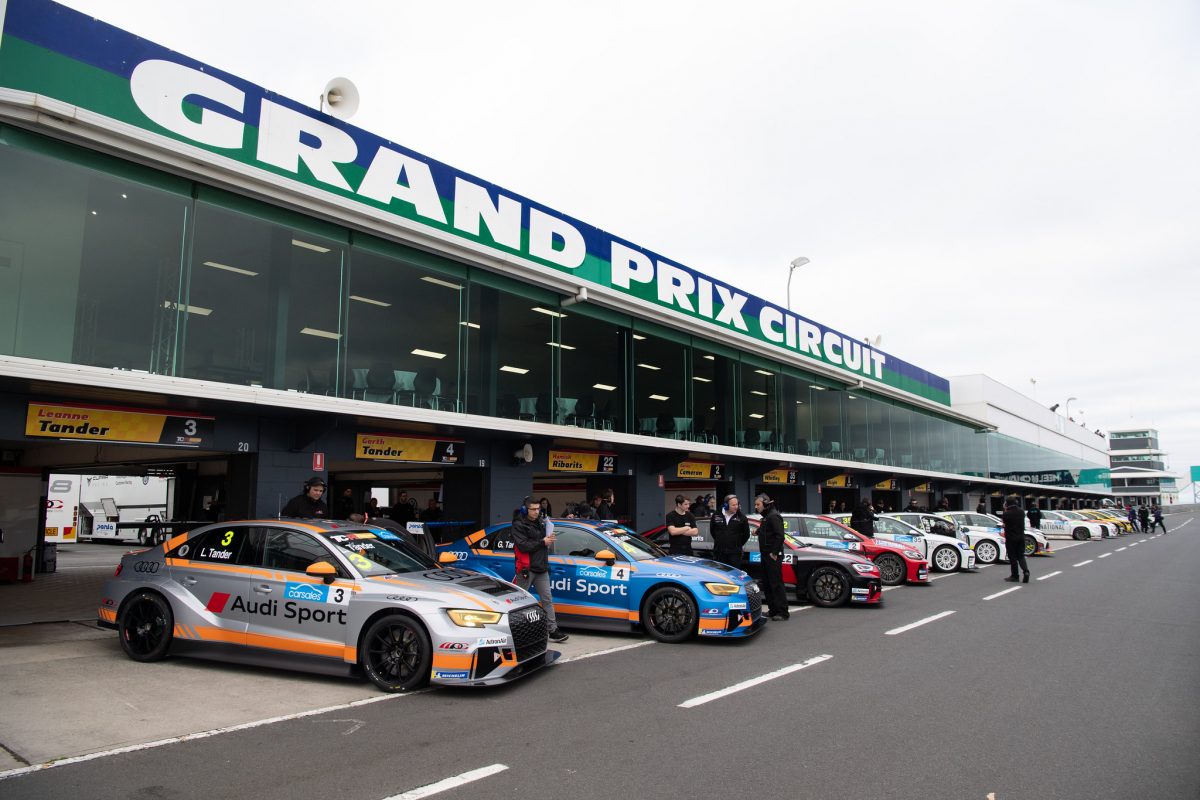 Supercars has been involved in preliminary discussions with TCR Australia regarding the prospect of the series joining the support bill at Supercars events next year.

Before confirming its inaugural calendar, TCR Australia had indicated a wish to split its races across Shannons Nationals and Supercars events which resulted in discussions with the latter.

While the fledgling touring car category is happy to fill the headline act slot on the Shannons Nationals, TCR Australia understands the benefits of racing on Supercars events in front of bigger crowds.

However, the series has confirmed that there have been early discussions regarding TCR Australia’s involvement at events next year.

“There are already a number of well established, successful and popular support categories aligned with Supercars and our calendar,” said Kurt Sakzewski, General Manager – Operations in a statement issued to Speedcafe.com.

“There have been preliminary discussions (with TCR Australia) but we are still very early on in the planning process for next year.”

TCR Australia promoter Australian Racing Group (ARG) says there is a ‘very open’ attitude to working with Supercars in the future now that the category has proven it can boast strong grids.

“You’ve got to do your time and show your worth,” said ARG non executive director and former Supercars boss James Warburton.

“Ultimately it’s up to him (Supercars boss Sean Seamer) and the competitors. But I think there’s a very open attitude to working together in the future.

“The die is set for this year. They bring a level of quality, particularly in terms of television quality and product, crowds and those types of things. We’re not closing anything off, we’re just building the category.”

Meanwhile, the Confederation Australian Motor Sport (CAMS) believes the emergence of TCR Australia has served to boost the appeal of the Shannons Nationals.

CAMS CEO Eugene Arocca says TCR Australia will always have a place on the Shannons Nationals bill but admits racing with Supercars would be good for the category’s growth.

“We’ve always been looking to try and boost the nationals, and you know the reason we brought it in house was to be able to have a little bit more control over it and the reality is that a quality category always helps that,” said Arocca.

“This is one of the more exciting categories we’ve come across lately and to have the full seven rounds with Shannons for us a good thing.

“Having said that we fully understand the need for sponsorship and crowd support, and racing on the Supercars calendar would no doubt be good for this category.

“But whilst we’re competing on the Shannons calendar we’re happy, and I think our relationship with (ARG directors) John (McMellan) and Matt (Braid) and Brian (Boyd) is that strong.

“We’ve been there from the very start, whatever the arrangement may be with Supercars down the track, we’re still going to be there with Shannons.”

TCR Australia is in action this weekend with Round 2 taking place at Phillip Island, which will be witnessed by global TCR boss Marcello Lotti.