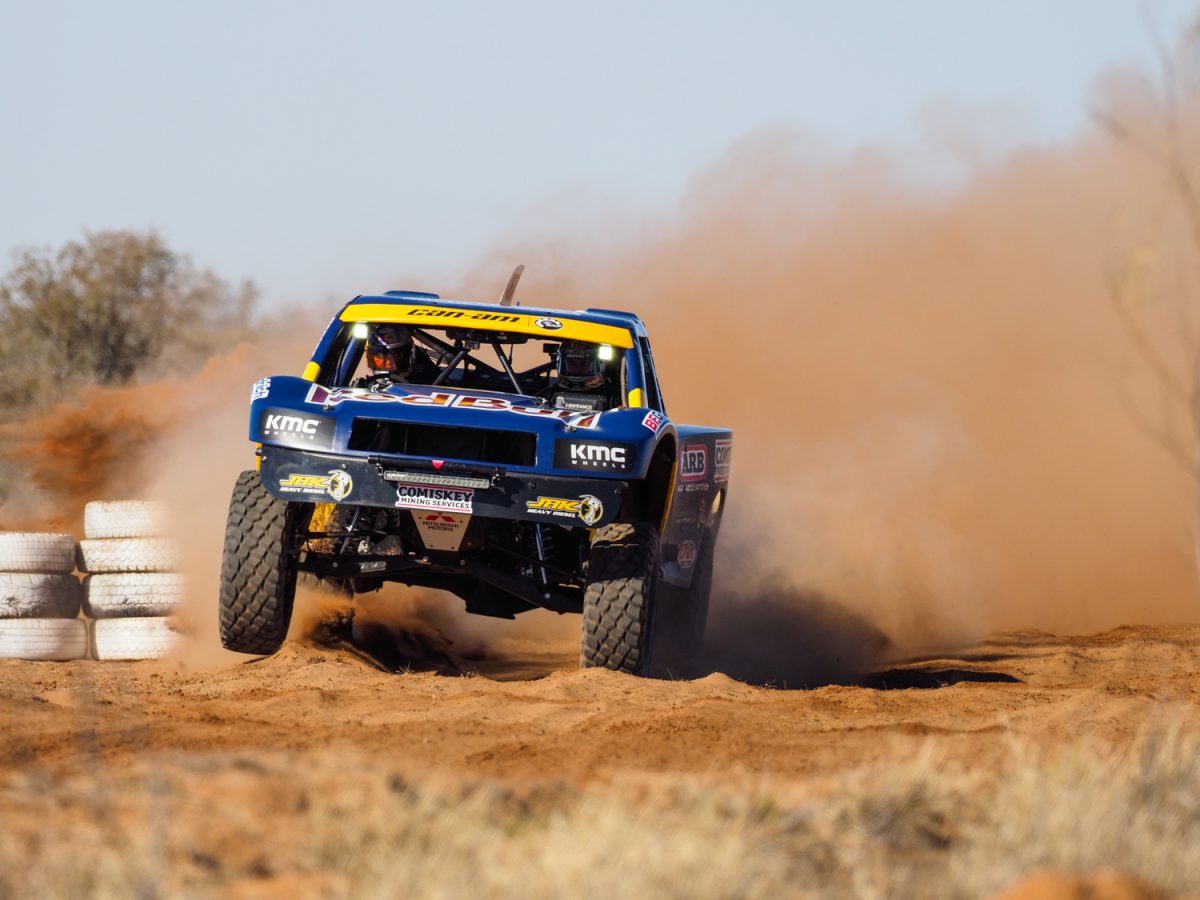 Toby Price has set the pace during the Prologue for this weekend’s Tatts Finke Desert Race.

Chasing his first victory in the car category, which would see him crowned King of the Desert, the six-time bike class winner and co-driver Jason Duncan topped the 142-strong field by 3.8s.

Shannon and Ian Rentsch, last year’s race winners and the pairing Price tipped as favourites heading into the weekend, sit in second after the 8.3 kilometre teaser.

Josh Howells and Eric Hume rounded out the top three in Prologue and will start tomorrow’s 226 kilometre journey to Finke from third position.

“I’m not going to lie, I’m a little speechless. To try and beat those buggies is bloody hard work, those boys can whip those things up.

“I feel like we’ve really got the crew this year and we’re coming strong!”

Brent Martin and Andre de Simone head the PROLITE class, while Phil Lovett and Luke Stanley have the early advantage in SXST.

In SPORTSL it’s Steven and Daryl Graham in charge in their Tatum Class 10 Honda, while the Jarvi Car Toyota of Wener Zettl and Liam Peters leads S1650.

Harry Weckert and Caitlin Stephens hold a 4.5 second advantage in the SXSS class, the two-car P2WD field is headed by David Beavis and Andrew Rask, the P4WD class by Drew Corcoran and Tony Nikora in a Mitsubishi Pajero.

The car subsequently caught fire before being extinguished by rivals Ally Howells and Sean Marsden, who’d earlier suffered their own mechanical woes.

The result for Price will see the Dakar Rally winner start from pole position when racing gets underway at 0745 on Sunday morning.

It will then make the return 226 kilometre trek from Finke to Alice Springs on Monday.