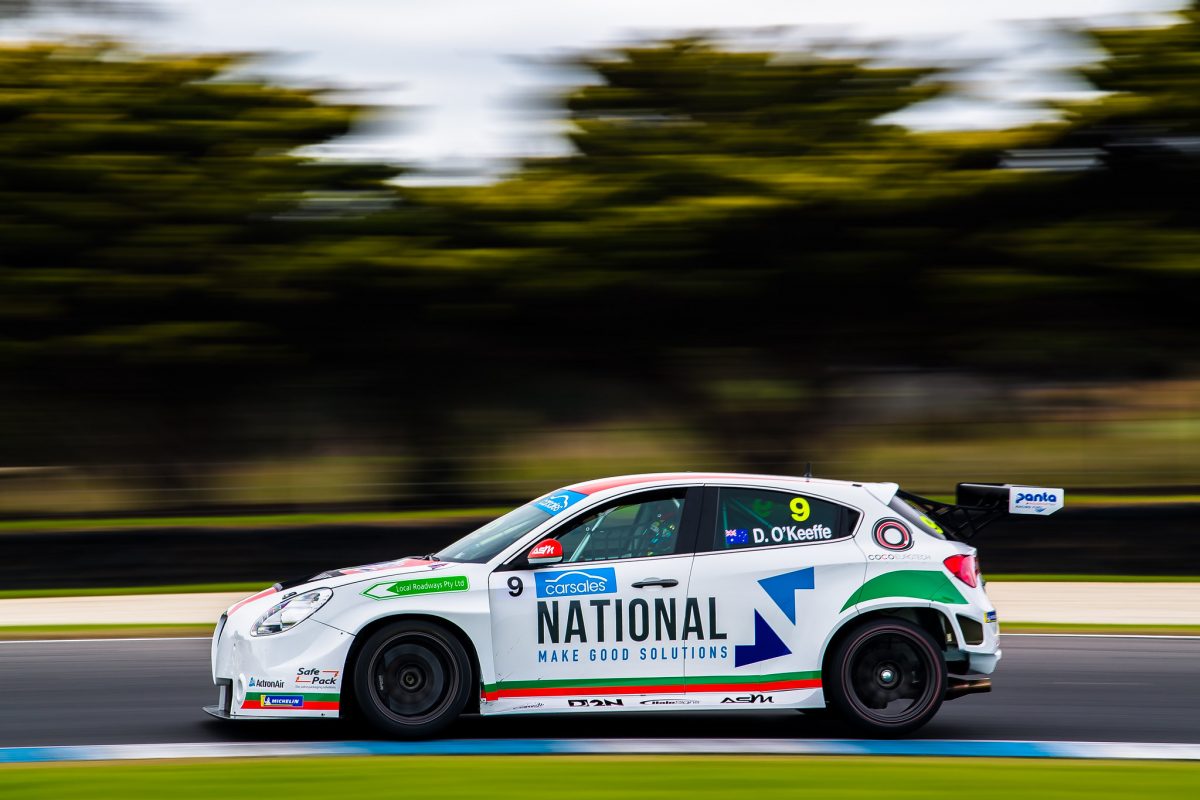 Dylan O’Keeffe will start from pole position after producing a last gasp effort in an eventful TCR Australia qualifying session at Phillip Island.

The ASM Alfa Romeo driver saved his best until the final moments to take pole away from series leader Will Brown (HMO Customer Racing, Hyundai) with an impressive 1:35.98s lap.

A number of drivers struggled in the early running with Andre Heimgartner (Kelly Racing, Subaru) and Alex Rullo (Kelly Racing, Opel/Holden) going off the road.

Heimgartner revealed that a cockpit switch was accidentally on which caused his off, while Rullo carried too much speed into Turn 1 and fired across the grass, before rejoining at Turn 2.

The section of track produced more action as Aaron Cameron endured off track excursions on consecutive laps with the latter bringing out the red flags.

Cameron’s second off resulted in the Volkswagen nosing into the barriers at the Southern Loop, which halted the session after eight minutes.

The session resumed after a 10 minute break while officials cleared Cameron’s car.

James Moffat soon surged to the top spot as the GRM Renault driver lowered the benchmark to a 1:37.76s before going to improve by almost a second.

The times continued to tumble with Brown the next to hold provisional pole before being displaced by Bright moments later.

However, It didn’t take long for Brown to respond as he returned to the head of the field with five minutes remaining.

The time was not enough to hang onto pole as O’Keeffe swept through to take the spot at the death.

John Martin was fifth fastest in the sister Wall Racing Honda with Moffat settling for sixth.

Leanne Tander on her TCR debut ended up 14th fastest in the Melbourne Performance Centre, Audi.