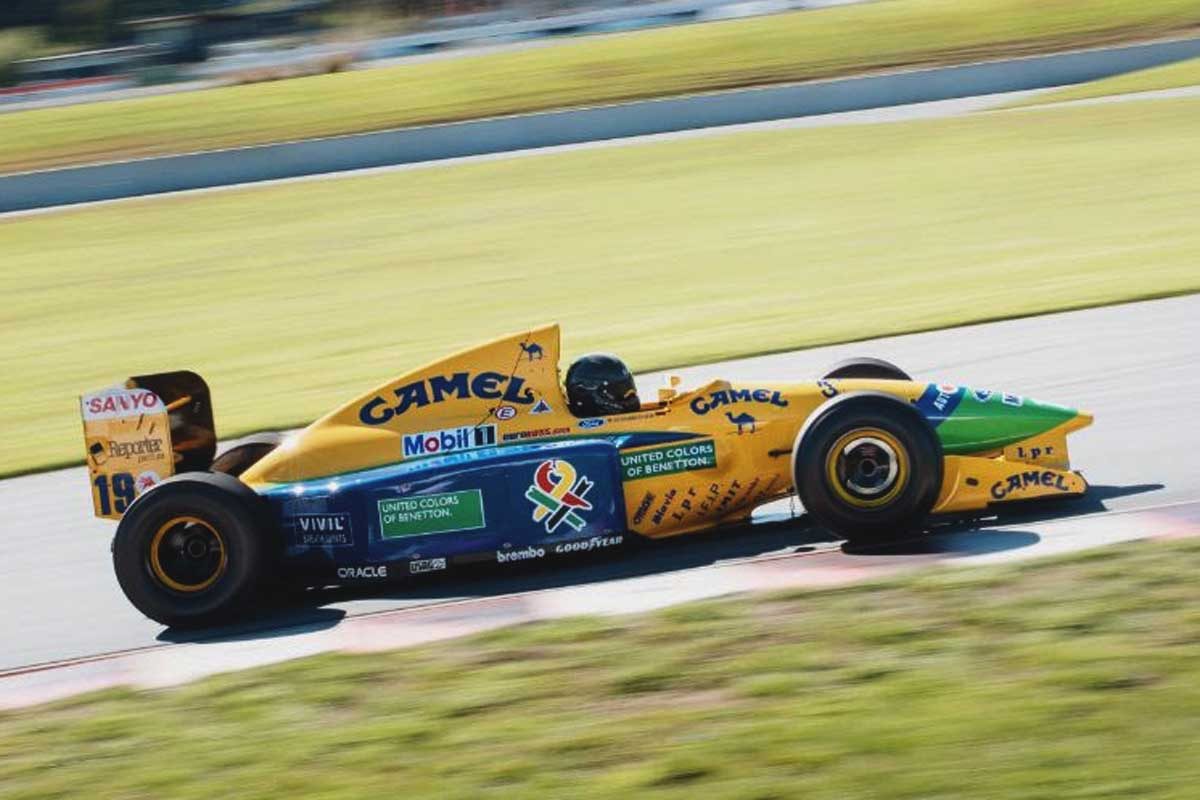 Tony Quinn driving the Benetton B191

Tony Quinn is set to drive the Benetton B191 in which Michael Schumacher scored his first Formula 1 points in at this year’s Goodwood Festival of Speed.

Quinn owns the historic car, which has been on display at Highlands Motorsport Park on New Zealand’s south island in recent years.

The car is set to be shipped to the event where it be form part of the celebrations for Schumacher’s 50th birthday alongside a collection of his famous cars.

The event is also set to bring together Schuamcher’s family, friends, team-mates and rivals.

Quinn’s invitation came courtesy of New Zealander drifter ‘Mad’ Mike Whiddett, who has appeared at the event every year since 2014.

“My first Goodwood in 2014 was an incredible event and one of the highlights of my career,” said Whiddett.

“For me to get the opportunity to showcase drifting in front of all these motorsport legends including Lewis Hamilton, Sebastian Loeb and Sir Jackie Stewart, was very special.

“Lord March (now the Duke of Richmond) who hosts the event, gave me the award for ‘Most Thrilling Driver’ that first year and he’s invited me back every year since then.

“We’re good mates now and last year I reached out to the Duke to get an invite for Tony. When I told the Duke about some of the cars Tony owned he was blown away.”

Quinn has been an instrumental figure in the motorsport industry in both Australia and New Zealand.

The ex-pat Scot owns both Highlands Motorsport Park and Hampton Downs in New Zealand, and was the owner of Australian GT until selling the category to Jim Manolios midway through 2018.

“I’ve been to Goodwood before as a spectator and it was the best motorsport event I’ve been to,” said Quinn.

“I don’t have a bucket list but if I did then competing at Goodwood would be on it.

“The good thing about it is there is no expectation or pressure to set a fast time or finish on the podium or anything like that.

“It’s just a blat up a hill and a chance to hang out with a bunch of petrolheads who want to relive their youth.”