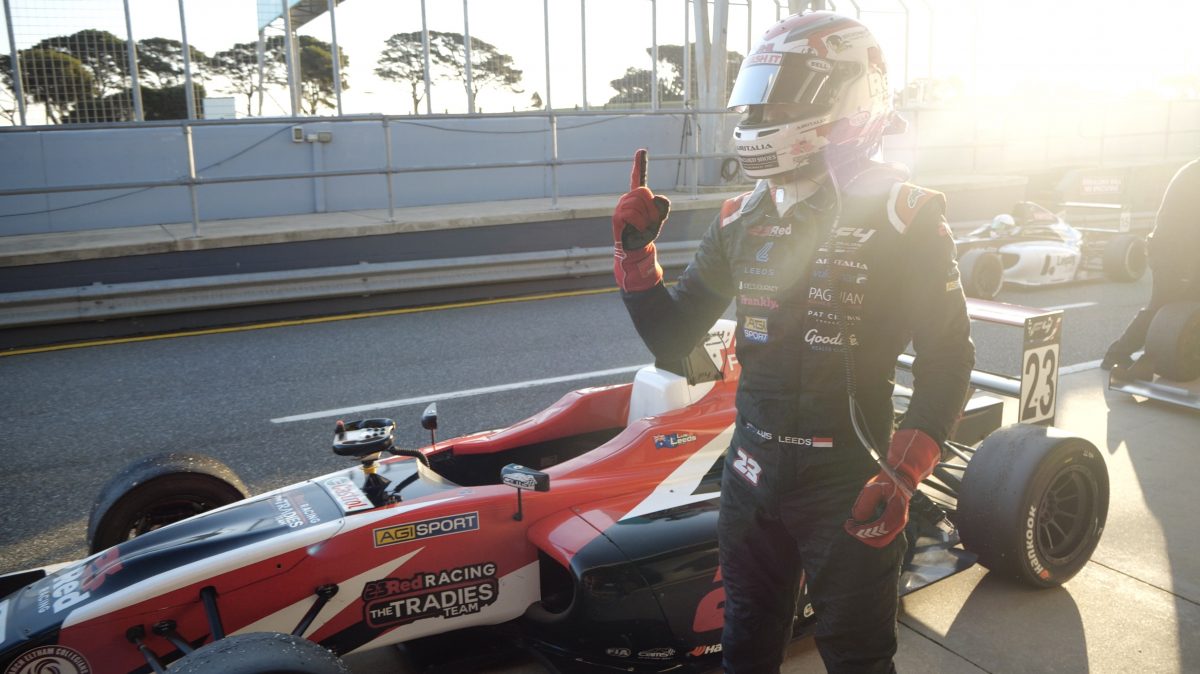 Championship leader Luis Leeds has extended his advantage at the top of the 2019 CAMS Payce Formula 4 Australia Championship to 35 points after finishing Friday at Phillip Island unbeaten.

AGI’s Christian Mansell finished sixth in while Jackson Walls (#11 Objective Racing) crossed the line in seventh position after tangling with Emerson Harvey (#76 Shannons/Focus on Furniture) on the final lap.

Harvey would become the only driver failing to cross the line after damage forced him to pull over his stricken car.

Race 2 of the weekend will see Harvey and Walls set off from the front row when the reverse grid race commences on Saturday at 0910 AEST.

Max Twigg set the fastest time in Practice 2 of the Australian Endurance Championship in his #8 Scott Taylor Motorsport Mercedes-AMG GT3.

Twigg will partner Tony D’Alberto this weekend at Phillip Island, with the latter on double duties in TCR Australia as well.

Whincup was two tenths slower than the #8 entry.

Practice 3 sets off on Saturday morning at 1000 AEST before qualifying sets the grid for the opening round of the Australian Endurance Championship at 1240 AEST.

Just five hundredths of a second separated the trio as Jones posted a 1:32.0964s, six tenths faster than Vidau’s chart-topping time in Practice 1.

Nathan Murray caused the red flag to appear just before the halfway mark of the session after he spun his #5 Garage 1 Porsche 911 GT3 into the gravel at the final corner.

The Victorian driver wouldn’t return to the track, ending his day at the bottom of the timesheets.

Vidau’s earlier fastest time was enough to put him two tenths ahead of Jones and team-mate Love.

Qualifying for Race 1 of three for the weekend is scheduled for 0935 AEST on Saturday.