Leanne Tander will race alongside husband Garth Tander having secured a TCR Australia drive at Phillip Island this weekend.

Tander will take over the one of the brand new Melbourne Performance Centre Audi RS3s that arrived in Australia this week with the other filled by her 2007 Supercars champion partner Garth.

It is, however, not the first time the pair have shared the track together having raced in the Toyota 86 Racing Series at Phillip Island in April.

“I’ve been hopeful of some sort of drive in the TCR Australia Series. It has been bubbling along for a while now, so I’m really glad that we’ve finally been able to pull it together for this weekend,” said Leanne Tander. 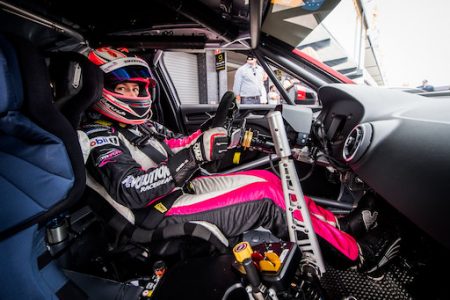 “I’m really excited about driving it at Phillip Island. I’ve done plenty of laps around there in a wide range of categories, but this is a different type of car to what I’m used to.

“I drove one of the Audi TCRs in Sydney last year, but I didn’t get a lot of laps to really feel what it was about, so I’m looking forward to having a go and seeing what it can do.

“It is fantastic to be sharing the track with three other female racers too. I’ve never raced at this high-level level in the sport with some many girls in the same race. It’s really a huge step forward and a big tick for TCR.

“To have four out of 18 drivers being female – that’s a pretty good ratio, given you generally only ever have one in the field.

“I respect Molly, Chelsea and Alexandra as a drivers. I thought they all did a great job in the first round in Sydney, and as the year progresses, I reckon we’ll see them get towards the front of the field.”

A grid of 18 cars will line up for Round 2 of the series this weekend with Hyundai driver Will Brown currently leading the standings.

The action will be broadcast live on SBS and via the Shannons Nationals live stream featuring Australian GT, Porsche Michelin GT3 Cup Challenge and Formula 4, which will be carried by Speedcafe.com.

Both Leanne and Garth will log their first competitive TCR Australia laps when opening practice begins at midday today.