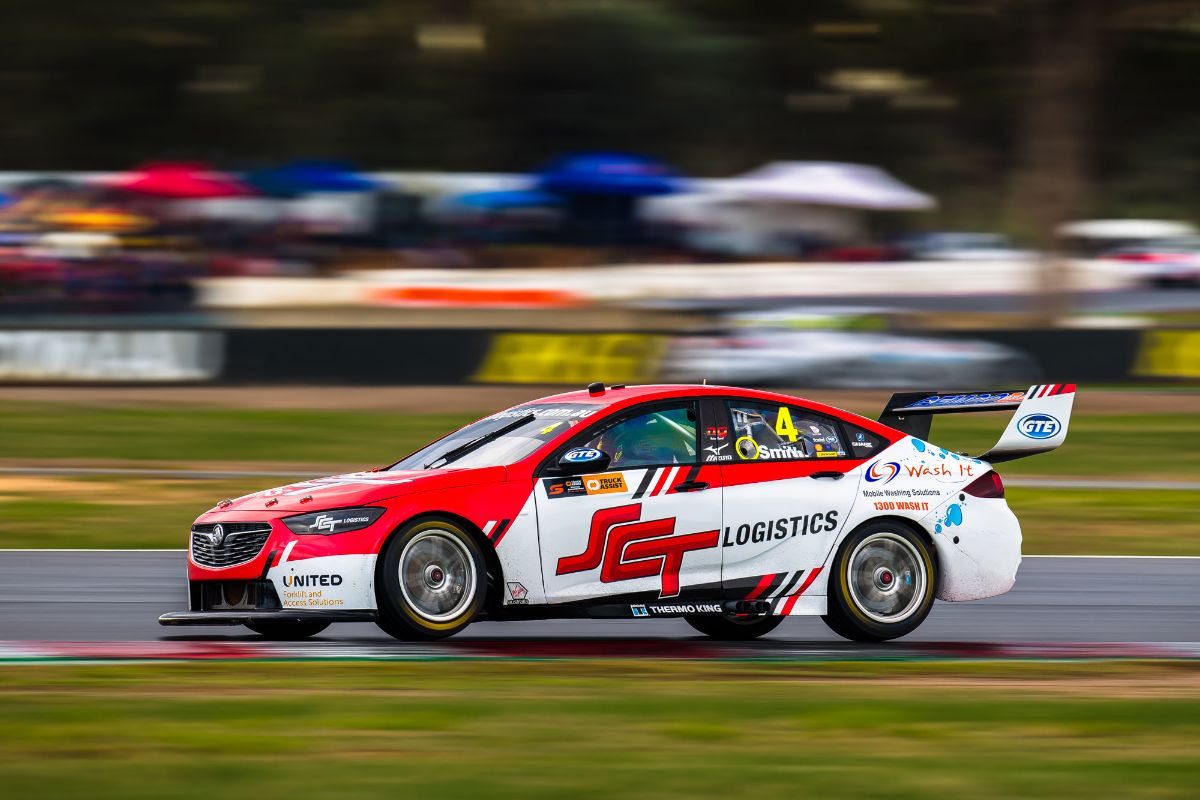 Jack Smith is set to join the Supercars grid again

Brad Jones Racing will field a wildcard entry for Jack Smith at the BetEasy Darwin Triple Crown next weekend.

The race meeting will be the Super2 driver’s third in the main game this season having made wildcard appearances at Symmons Plains in April and Winton last month.

Smith recorded a career best 21st in Race 14 at the Truck Assist Winton SuperSprint behind the wheel of the #4 SCT ZB Commodore.

A trip north to Darwin’s Hidden Valley Circuit will provide a new challenge for the rising star who has never lapped the circuit.

“I’m excited to join the grid at the Darwin event,” said Smith, who is currently 13th in the Super2 standings.

“The Hidden Valley circuit is one that I have not been to before, so I’m keen to learn the new circuit.

“I plan on spending a while on a simulator and will go through all the on-board footage; gathering as much info as I can so I can be as prepared as possible heading into the weekend.

“Getting the consistency in doing back to back rounds is really valuable, there are many differences between the Super2 and Supercar formats, and the intensity is really something else.

“The Super2 races are much shorter and don’t have the knockout qualifying format you see on some Supercar weekends.

“In these races you are having to manage tyres a lot more and complete pit stops, which for anyone looking to step up into Supercars are things you need to learn and what the whole wildcard process is about.”

Now armed with experience of the main game, Smith is now setting his sights on securing a Pirtek Enduro Cup drive.

“For me, my next goal is to drive in the Pirtek Endurance Cup, and the wildcard experience will be a huge benefit to me,” he added.

“I’ve driven at Sandown and Bathurst in Super2 and at Gold Coast in Super3; so, I know those tracks.

“I am doing all I can to put my best foot forward for when that time is right, and the team have been a great support in me working towards that.”

Smith may not be the only Super2 driver to make a Championship wildcard start this season with Tickford Racing working on a plan to run Thomas Randle at The Bend Motorsport Park in August.