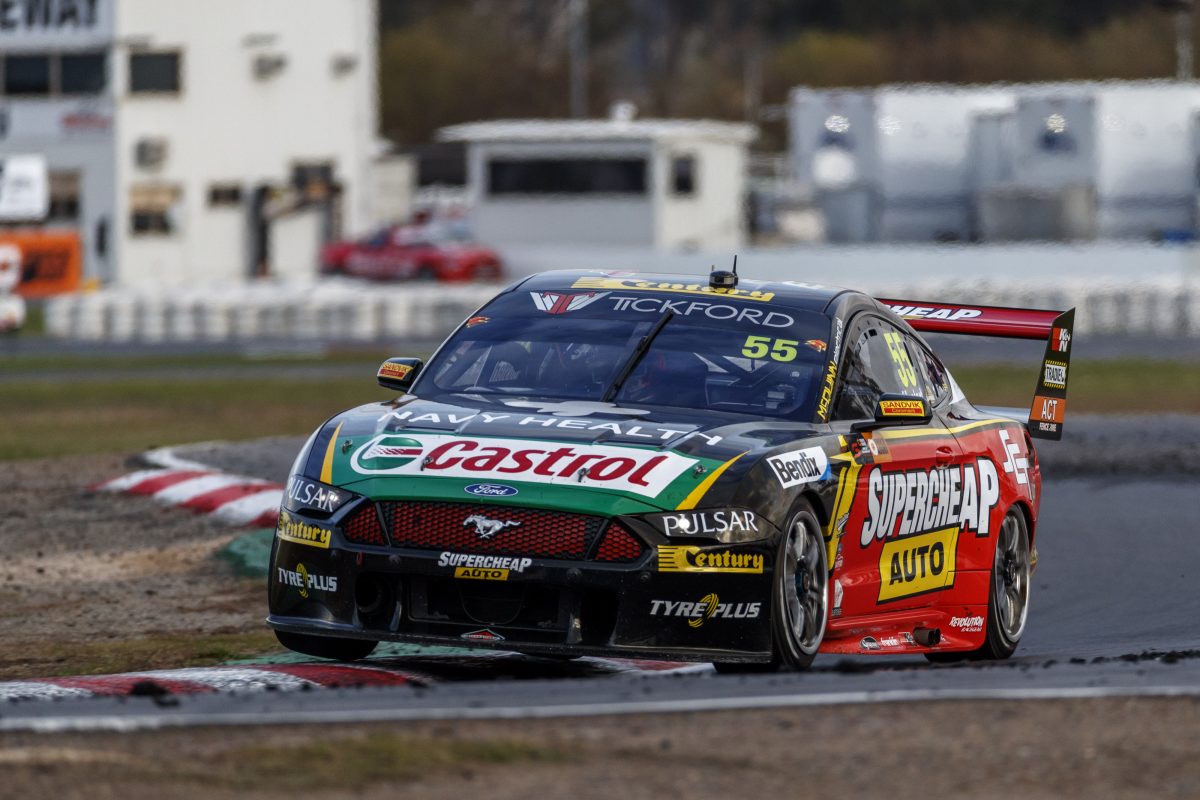 Tickford is readying a new chassis for Chaz Mostert

The Ford squad had originally hoped to press at least one new chassis into action at the start of the season however the manufacturing of new Mustang components took precedence.

As a result, last year’s Falcon chassis were re-skinned as Mustangs for drivers Mostert, Cam Waters, Lee Holdsworth and Will Davison.

Earmarked for Mostert, the first all new Tickford-built Mustang chassis is close to being ready with the newly built shell undergoing a paint job this week.

Although the timeline for its arrival is still unclear with the outfit currently focusing its attention on a range of developments that includes engines as it looks to close the gap to pacesetters Shell V-Power Racing.

“The shell is built. We haven’t decided when we’re going to be able to do it yet, but the chassis’s now complete and about to get a lick of paint,” Tickford boss Tim Edwards told Speedcafe.com.

“Look, there’s a lot goes into actually assembling the car, and there’s nothing wrong with the actual chassis that anyone’s racing at the moment.

“We’ll just bring it on in an orderly manner, where it doesn’t overwork the production department and stuff like that.

“We’ve got a lot of development items coming through at the moment, so just for the sake of bringing the car on at a rapid rate, you don’t want to slow up your development path.

“The priority is on actually trying to make the car go faster at the moment, and then we’ll sort of, as we have been, just tickle that along in the background.”

Edwards says the squad has a significant development pipeline in operation but was coy in regard to the exact arrival of the upgrades.

“We’re working hard to improve our package, and as we complete things, and we’re confident that they’re a good thing, we’ll roll them out into the car,” added Edwards.

Improvements to engines is one area of focus for the squad, according to the Tickford boss.

“We’ve got a few areas that we’re targeting in the car. We’ve sort of got a rollout plan over the next few months.”

The squad is not expected to utilise one of its allocated test days until development items are ready.

Tickford will head north to Darwin next week for the BetEasy Darwin Triple Crown from June 14-16.