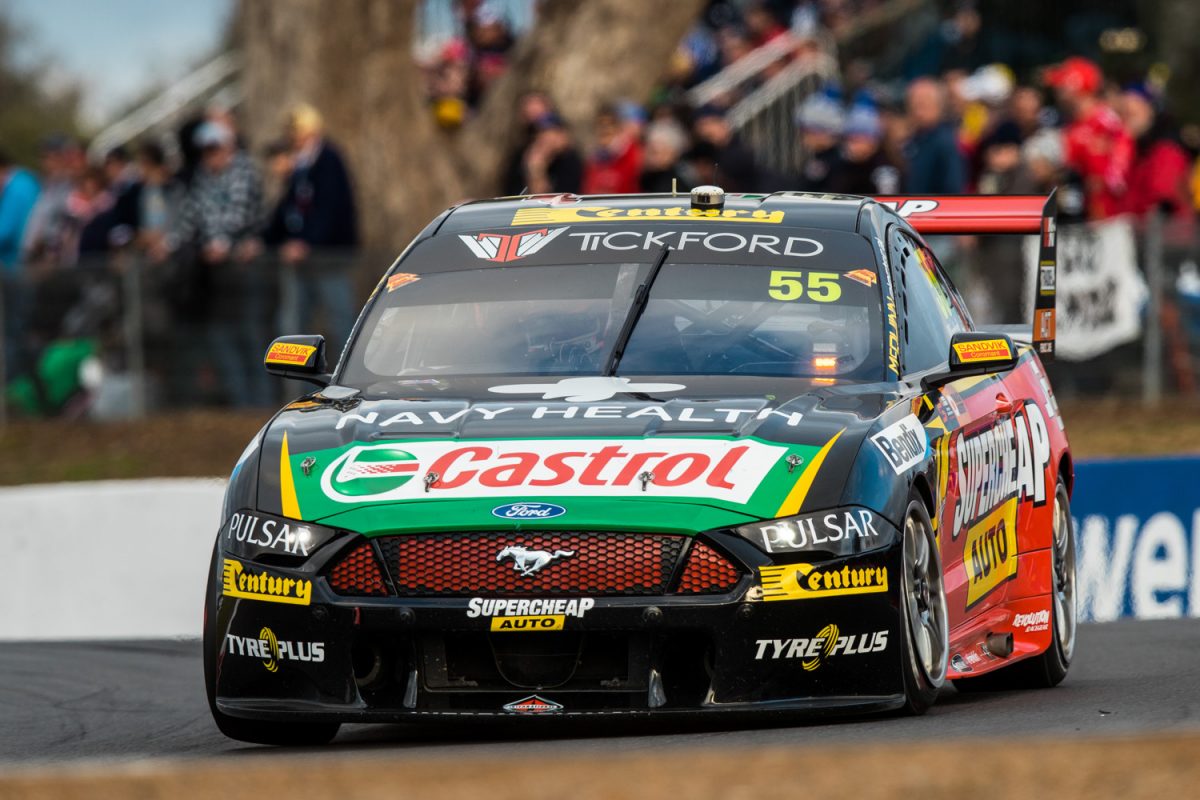 Chaz Mostert will pitch his Ford Mustang Supercar in a race against a drag car at this weekend’s Gulf Western Oil Winternationals at Willowbank Raceway.

The Tickford Racing driver is set to go up against drag racing icon Ben Bray who will pilot a Toyota Solara drag car, capable of covering a quarter mile distance in a little over six seconds.

Mostert will pilot his Supercheap Auto Mustang in three races across the Winternationals weekend.

It is not the first time a Supercar has raced at Willowbank Raceway.

In 2009, Jamie Whincup and Craig Lowndes took each other on in their Triple Eight Ford FG Falcons with Whincup coming out on top.

“It will be interesting to see what Chaz and his Mustang can do on the strip – we will have three races (two on Friday and one on Saturday) and I can assure you, I will be looking to bring home the honours,” said Bray.

“Whatever happens, I think this is a really fun concept and one that I am looking forward to being a part of – I am sure the fans will be getting behind it as well as part of all of the Gulf Western Oil Winternationals festivities.”

Bray is currently 90 points adrift of second-placed John Zappia in the 400 Thunder Pro Slammer championship, which concludes with this weekend’s event at Willowbank Raceway.