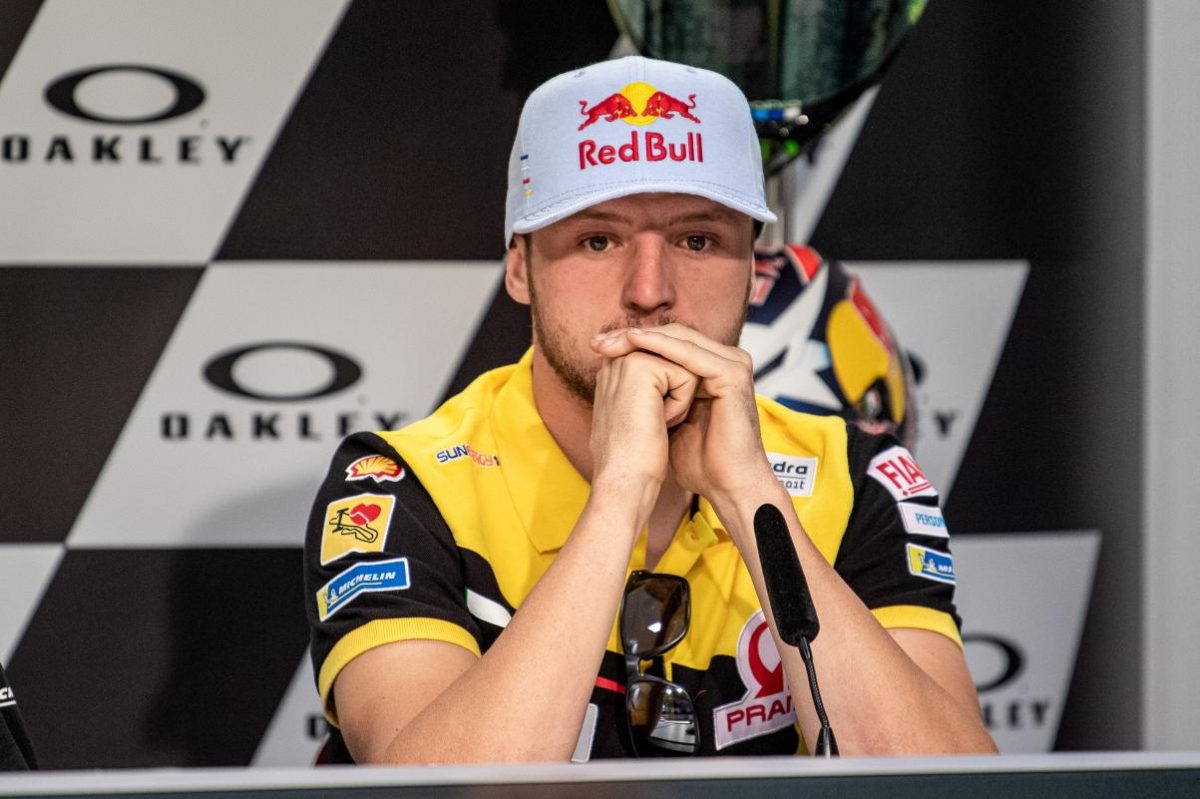 Jack Miller says that he is not thinking about the implications of Danilo Petrucci’s Italian MotoGP win as he vies with the Italian for the second factory Ducati seat.

Petrucci earned the call-up from the satellite Pramac Racing team to Mission Winnow Ducati for 2019, but both he and his former team-mate Miller are presently on one-year contracts.

With all of the other factory riders already under contract for 2020, the contest to be Andrea Dovizioso’s team-mate next year had come to be seen as a race between Petrucci and Miller.

The former got his first grand prix win at Mugello on the weekend while the latter crashed out of fifth position having fought with the front-runners for around half the race.

When asked if he thought the result had jeopardised his chances of moving up to the factory team, Miller said he was not concerned.

“I don’t know, I don’t think about it like that, I’m just trying to focus on my job and what I’m doing,” he explained.

“We’ve had, what, six Grand Prix and pretty much every one except Jerez, I’ve been there fighting for the lead.

“(I’ve) Just got to keep working like this, we missed eight laps (due to the crash), so go out and work harder, and be a bit stronger in Barcelona.”

Speaking in the lead up to the Italian MotoGP weekend, Miller stated that he was ‘not stressed’ about the possibility of spending another season at Pramac, a point he reiterated post-race.

“For sure, for sure,” he affirmed when asked about whether he would be happy to remain with the Ducati satellite team.

“I’ve got a great deal here. It will be interesting to see what the factory will do, because Pecco (Francesco Bagnaia, team-mate) in his contract has that he will have a factory bike for next year. So we’ll have to wait and see.”

There had been questions about which bike might be available to Miller if he was to stay at Pramac, given that Bagnaia’s contract stipulates that he shall be given a Desmosedici GP20 next year.

While Pramac Racing presently operates the current year bike and a year-old version, for Miller and Bagnaia respectively, team manager Francesco Guidotti claimed during Friday practice at Mugello that the Australian would also receive the latest specification Ducati if he stayed put.

When asked to clarify if he would also have to have a GP20 to remain at Pramac in 2020, Miller confirmed that condition.

“Of course. Exactly right, so we’ll have to wait and see what’s going to go down,” he said.

Miller remained sixth in the championship despite his DNF, but is now two positions and 40 points behind Petrucci.

Ducati is expected to make a call on its factory team’s 2020 line-up after the next grand prix in Catalunya on June 14-16. 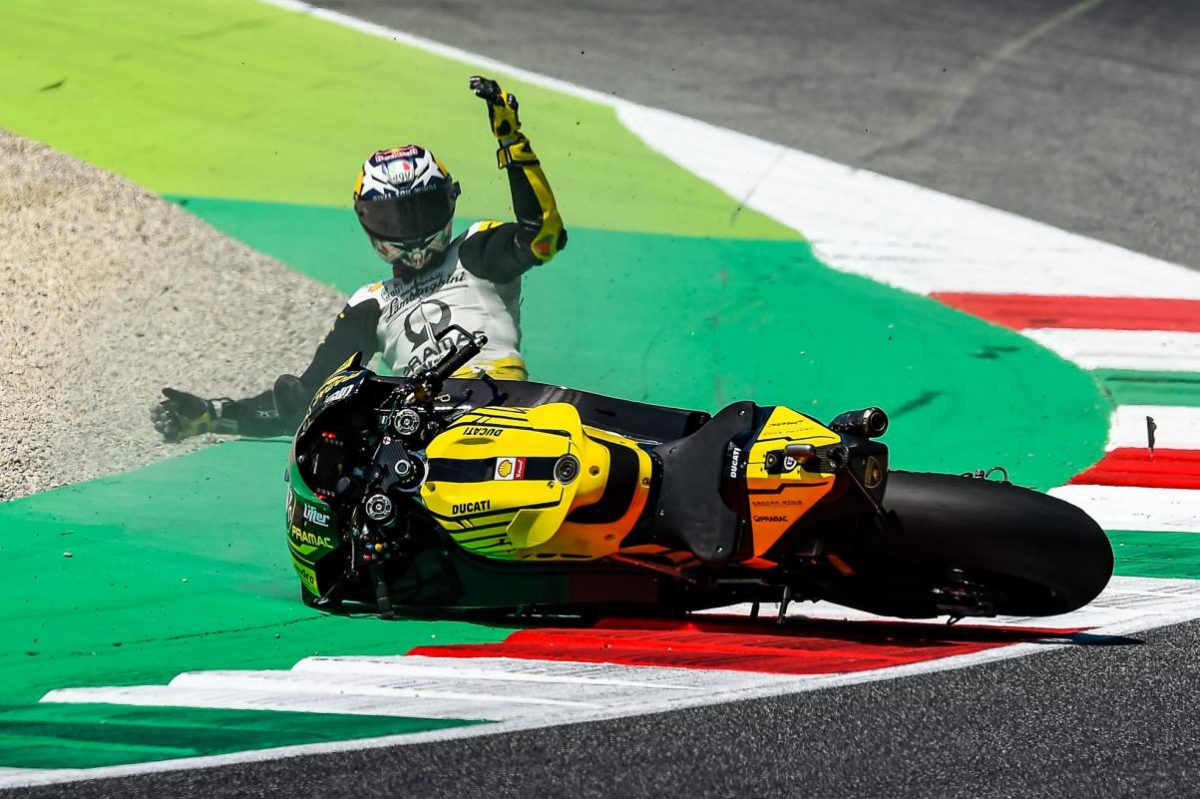