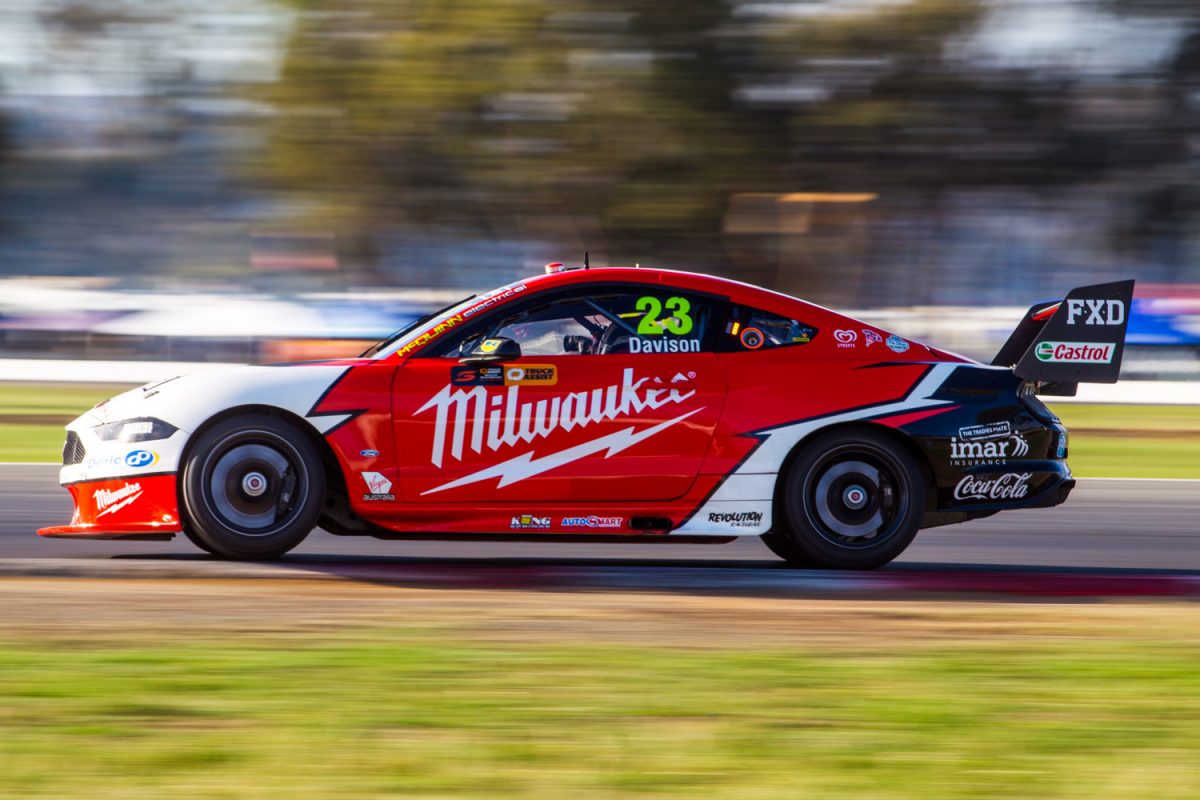 Will Davison encountered a transaxle failure at Winton

Tickford Racing has confirmed the transaxle failure suffered by Will Davison at Winton was ‘self inflicted’ and steps to prevent a repeat have been undertaken.

Davison was on course for a strong top 10 finish, occupying seventh spot, in Race 14 at the Victorian circuit when his Milwaukee Racing Mustang ground to a halt on the run to Turn 5.

The incident brought out the Safety Car with just under 10 laps remaining.

Tickford attributed the retirement to a transaxle failure which would have been one of few issues to beset the new-for-2019 Xtrac gearboxes.

“I said about 30 laps earlier that ‘cross everything you’ve got because this thing isn’t pretty on the upshifts’.

“It was quite violent as I was engaging gears on the upshift, I was doing everything I could to nurse it.

“No temp warnings or anything, so I don’t know what it has done, but it has lunched itself and had a box full of nothings in third gear there.”

Further investigations from the team have determined that the problem was not down to manufacturing but an error from the team.

The boss of the Ford team, Tim Edwards, is however confident the issue won’t raise its head again.

“We know what caused it. It was spline into the transmission, but (it was) self-inflicted,” Edwards told Speedcafe.com.

“You have issues, they’re not always manufacturing issues, but this was a mechanical issue, but it wasn’t anything to do with the manufacturing.

“We know why it’s happened, and they’re always the best ones to find.

Had Davison avoided the failure, the four Tickford cars would have all finished inside the top 11 with Lee Holdsworth leading the charge in fifth.

The squad will regroup now ahead of the BetEasy Darwin Triple Crown from June 14-16.