Renault could focus on qualifying performance for 2020 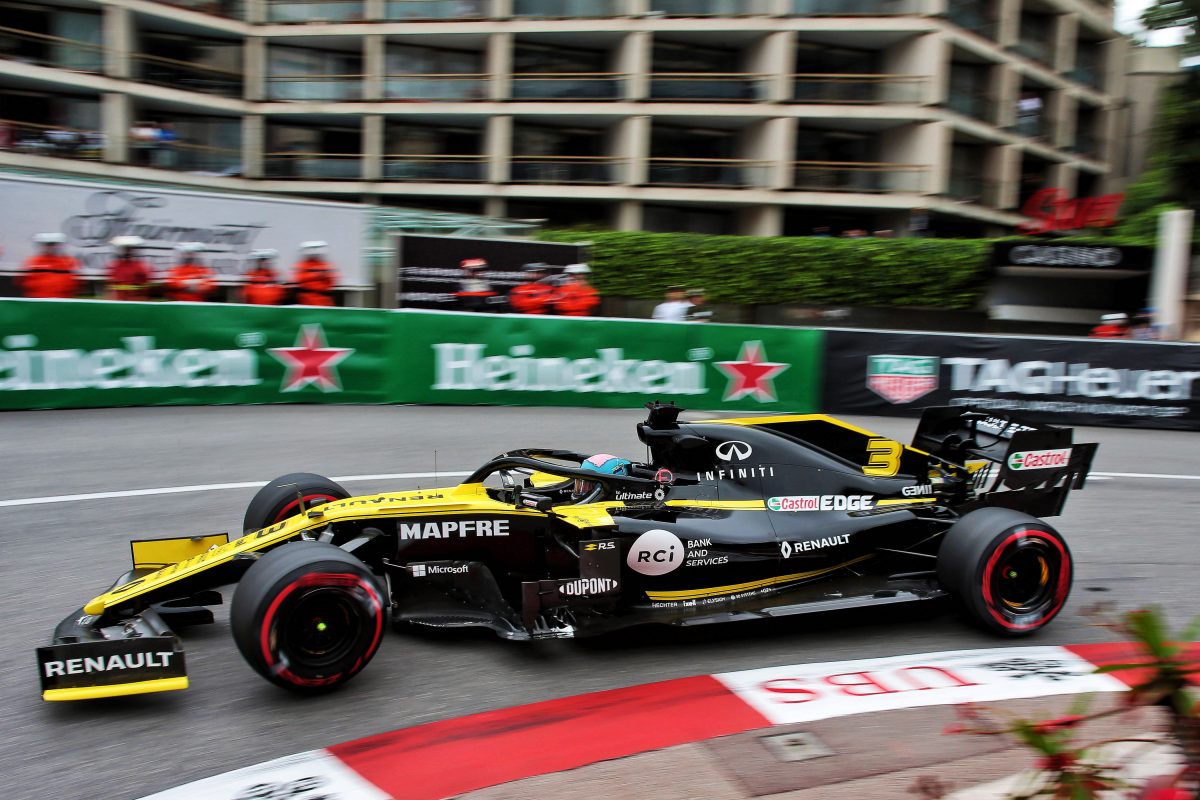 Renault is mulling over whether or not to optimise its 2020 car for qualifying rather than race performance.

Daniel Ricciardo has twice finished in the top 10 and Nico Hulkenberg once for the Anglo-French team in six races so far this Formula 1 season, leaving it eighth in the constructors’ championship.

Ricciardo qualified seventh fastest in China and Monaco, and was promoted to sixth on the grid at the latter due to grid penalties, while Hulkenberg’s best to date was when he joined his team-mate on Row 4 in Shanghai.

Renault F1 managing director Cyril Abiteboul thinks that developing next year’s car with a greater emphasis on one-lap performance rather than race pace could pay dividends.

“I think we are looking at two or three changes that are totally possible to do at this point of time, and that can dramatically change the behaviour and the competitiveness of the car next year,” he revealed.

“The first is aero efficiency, and the second is how you balance qualifying and the race, because in modern F1 it is all about qualifying.

“All tracks are almost like Monaco now, and there is a different pattern of development of the car if you want to focus on qualifying or focus on the race.

“It can be things like you how you are setting up your gear ratio. If you want to prioritise qualifying over the race you change your gear ratio. They are fixed in the regulations and that it is not something we can change for this year, but it is completely open for next year.

“Then, the last point, is the rake of the car.

“There is still time. It is not too late to change a number of parameters on the car. It is not a bad car, but that can be improved, so next year is a step from this year.”

However, Abiteboul still does not believe that any such changes would have Renault regularly vying for wins next year.

He has targeted 2021, when the new regulations take effect, as a more realistic timeframe for becoming a serious front-runner.

“Will it be a step to fight for podiums or wins on a straightforward basis?” said Abiteboul of developments for next year.

“That is why there will be a balanced effort of what we do for 2020 because we want to start now and we will be starting now on 2021 development.”

The 2019 season continues with this weekend’s Canadian Grand Prix, for which practice starts on Saturday morning at 0000 AEST.

Next Story Ferrari not expecting to solve car problems soon