Power’s drive from 19th to podium ‘felt like a win’ 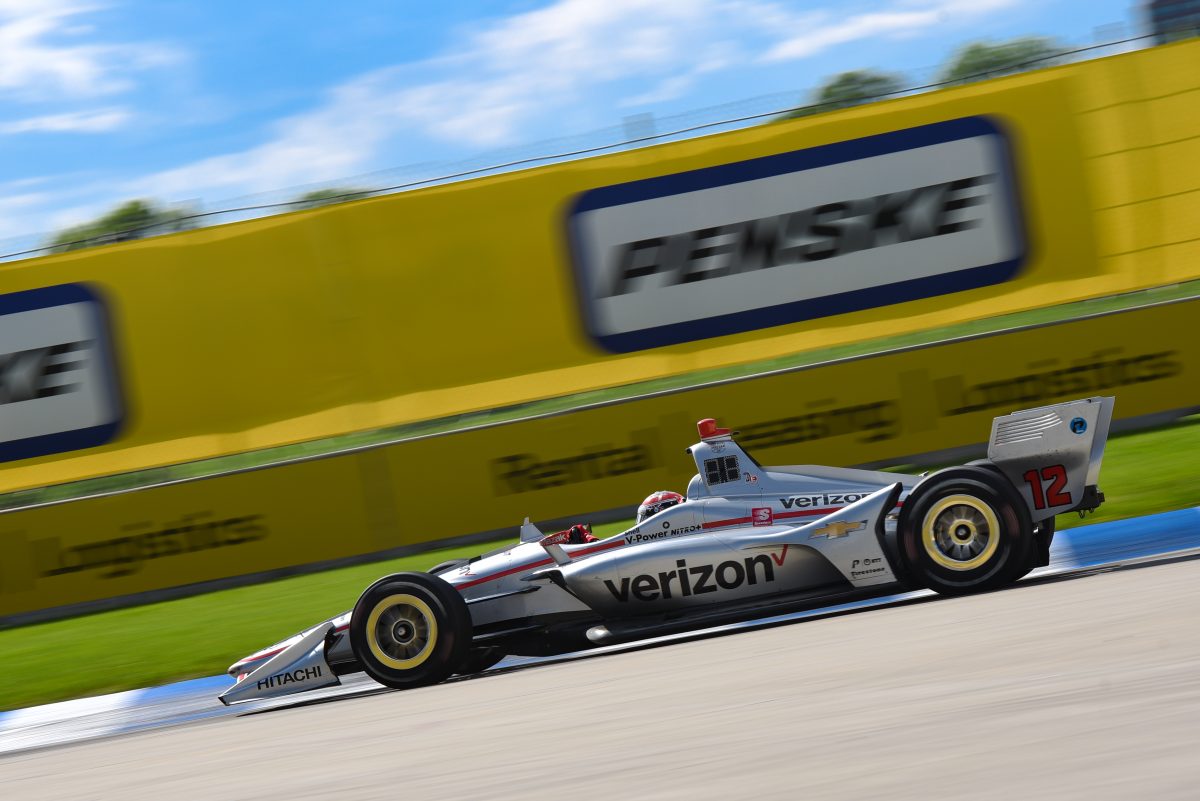 Will Power has described his recovery from virtually last to a podium finish in Race 2 of IndyCar’s Dual in Detroit as ‘like a win’.

Power dropped all the way to 19th, last of those on the lead lap, when his #12 Team Penske Chevrolet stalled under the Caution which was caused for the Lap 1 melee which he helped set off.

The Queenslander, whose car had to be bumpstarted by recovery crews, would have assumed third position for the restart due to not pitting under yellow, the same as eventual race winner Scott Dixon.

He was still outside the top 10 as the 70-lap affair passed halfway and, despite carrying a damaged diffuser, but managed to salvage a podium.

Just a day earlier, Power had finished 18th after being dropped in pit lane without the right-front wheel attached properly, and had qualified on the sixth row on both days.

“Felt like that’s kind of where we should have been (on Saturday) but unfortunately we had a mishap in the pits.

“Today (Race 2, Sunday) the car stopped on track because I got hit from behind and it damaged the gear parts. Had to go in emergency mode, kind of manually flip, lift to shift.

“Then it fixed itself somehow and I was able to then go fast and race hard. Very, very happy with the day.”

A critical moment for Power was the end of Lap 46, when he was released to circulate at the head of the field for three laps after others had pitted in front of him.

He set his personal best lap straight away and used the track position to emerge an effective third for his final stint.

“When I was in (Turn 12), I saw people peel off, and I thought, ‘Alright, got to lay down some qualifying laps now, we can make a lot of ground here.’ That’s what we did,” explained Power.

Two more Cautions, the latter of which became a red flag in order to have a racing finish, closed up the field again.

Power thought he had the car to challenge second placed Marcus Ericsson despite still carrying damage, but decided to settle for third.

“I tried to get the best restart possible. We actually had diffuser damage, front wing damage, a bit of toelink damage from the first incident in the race,” he recounted.

“The car was still fast, it was still quick enough (but) I didn’t want to take any risks. Third was a good day.

“If I could have gone for it, for sure, but I was never close enough. Did my best to get close; I just couldn’t.

“It’s been just so often now that it doesn’t go right, it’s amazing how it all played out, finally went right.

“So this is it. It’s going to turn around here. Let’s see what we can do.”

The podium is in fact Power’s first since the season-opener in St Petersburg, when he also finished third, before he was struck by mechanical dramas at Circuit of the Americas and Long Beach, and spun at Barber Motorsports Park.

He also fought back from a penalty in the Indianapolis 500 to finish fifth.

The 2014 IndyCar champion is currently sixth in the standings, 84 points behind series-leading team-mate Josef Newgarden.

Next Story No full-time IndyCar campaign for Alonso in 2020