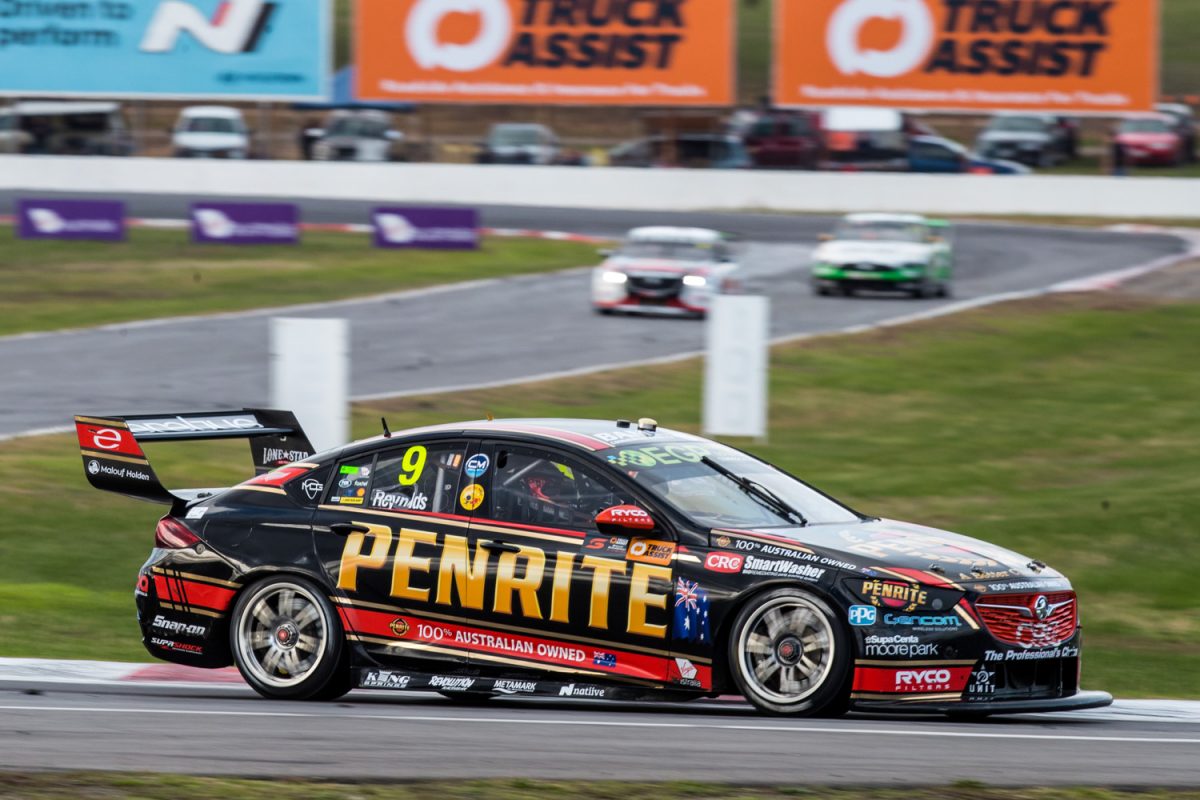 Penrite Racing has moved to third in the teams’ standings

Gains made from a recent test day have left Penrite Racing confident its package will be strong for remainder of the Supercars Championship.

The Melbourne squad has moved to third in the teams’ standings following a strong showing at Winton that was headlined by David Reynolds scoring his first Supercars podium at the circuit, which he backed up with a fourth on Sunday.

Erebus has struggled at its test track in recent seasons but a decision to test at the venue in the lead-up to the event paid dividends with the squad possessing arguably the quickest Holdens over the weekend.

Team CEO Barry Ryan believes the test day has set the team up well especially for the upcoming rounds in Darwin, Townsville and Queensland Raceway.

“It (Winton) was good in my opinion,” Ryan told Speedcafe.com.

“We put a bit of pressure on ourselves and even when the media saying that we should be good here, that sometimes bites you, but we were strong all weekend.

“(We) pretty much won the Commodore Cup. We didn’t quite on Sunday but it was close.

“It wasn’t fake results in the test day, so I think we will definitely be stronger at Darwin and even last year we qualified third there, so we should be really strong there.

“Townsville, with the stuff we’ve tested, a bit of damper stuff with the Supashocks and we’ve made some really good gains there so Townsville is really critical for that.

“I think we’ll go good there and Queensland Raceway is the same.

The squad will head north for next week’s BetEasy Darwin Triple Crown that provided a happy hunting ground for the team last year.

Both Reynolds and Anton De Pasquale qualified inside the top 10 for both races with the former claiming Armor All Pole Position on Saturday.

Reynolds went on to finish third on Saturday before scoring a win in the Sunday race.

Previous Story Tander's Phillip Island TCR drive a one off