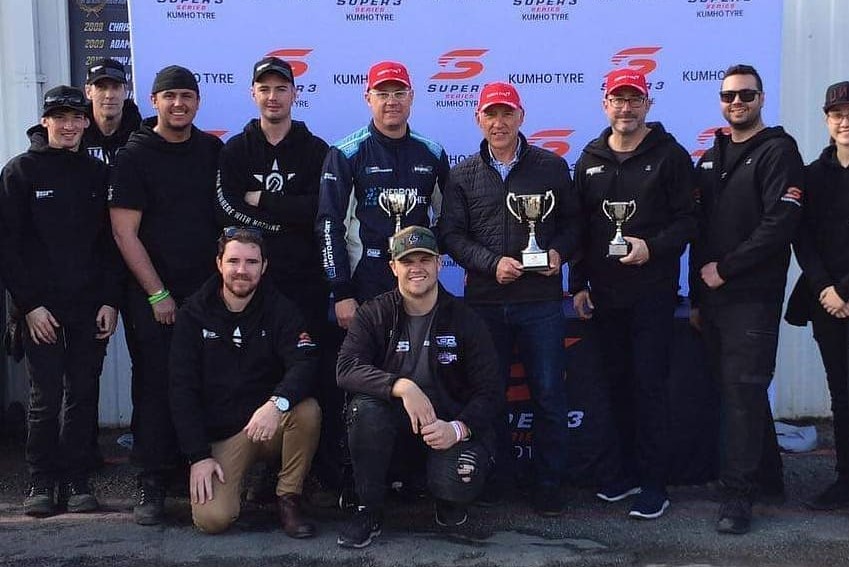 Brodie Kostecki says that his engineering role with Matt Stone Racing in the Kumho Tyre Super3 Series is about giving back as well as sharpening his own driving skills.

The 21-year-old is into just his third season in the Dunlop Super2 Series, in which he has four career race wins to his name after taking out Race 2 in Adelaide last March, but has already taken on a mentor role in the third tier of Supercars.

Kostecki is set to work with Chris Smerdon, the inaugural Super3 Series winner from back in 2008, in all five rounds of the current campaign.

“He called me up and said that he was looking for someone that was a racer and really passionate about it all and it’s been good.

“The last two rounds, we’ve been able to get some results together and he’s going to hate me saying this but he’s an older bloke now so we’re just trying to bring the life out of him as much as we can.

“it’s definitely good to put back in; that’s how the world works, you have to put in to get some out. I think it’s been a good thing.”

Kostecki was already known to MSR having contested his first season in a Supercar with the Queensland-based team in the 2017 Super2 Series.

It was that connection which led to his new role at the squad.

“Brodie obviously raced with us two years ago and we had a good relationship with him and like his technical ability,” team owner Matt Stone told Speedcafe.com.

“One of our Super3 drivers was looking for someone who could help him from an engineering point of view but also from a driving point of view and obviously we thought of Brodie and he’s been quite good in the role.”

The West Australian driver is arguably one of the best prospects for this year’s second tier title, and Kostecki believes that his technical work at MSR is also helping him behind the wheel.

“It just sharpens your mind up a bit,” he explained.

“It brings your thinking to a bigger window and I think I’ve always tried to put as many tools as I can in the toolbox and try and use them all as much as I can on a race weekend.”

Kostecki races again on the support card at the Watpac Townsville 400 on July 5-7, before Super2/Super3 double duties at the Century Batteries Ipswich SuperSprint three weeks later.