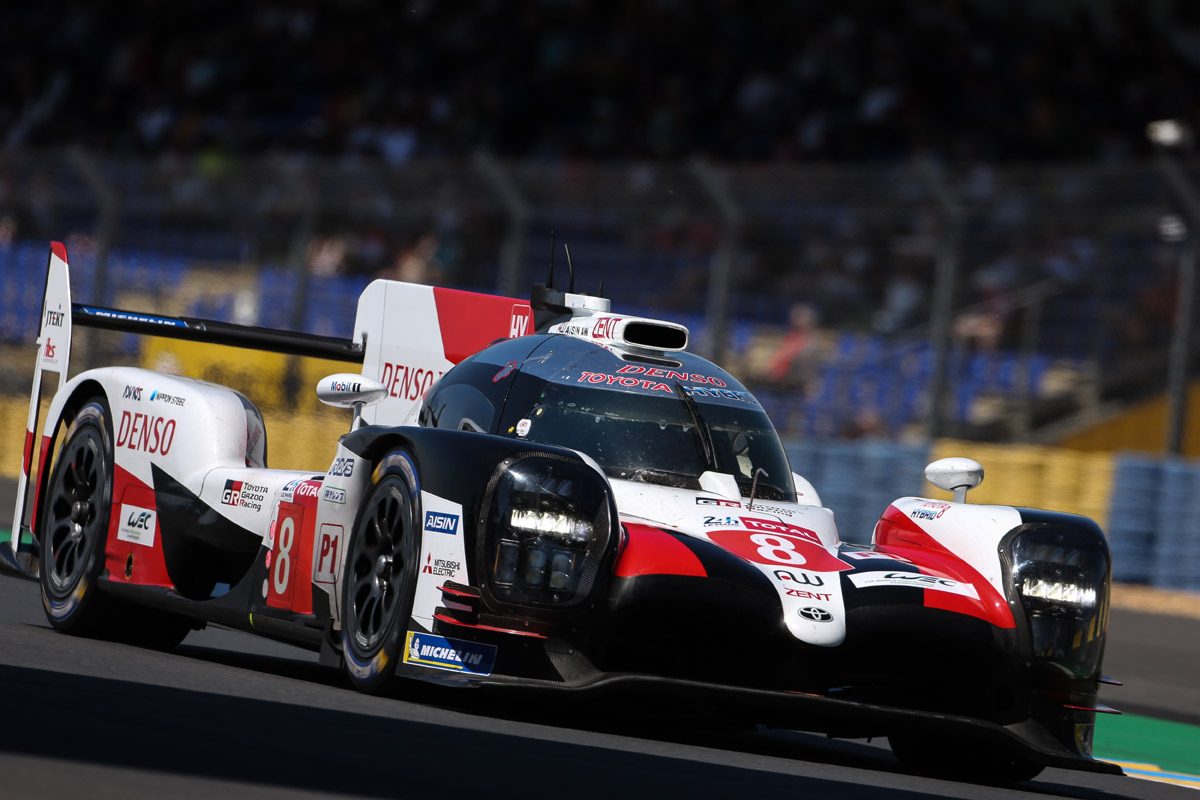 Toyota Gazoo Racing topped the 24 Hours of Le Mans test session at the Circuit de la Sarthe, with both cars sitting atop the LMP1 class.

Brendon Hartley spent time in both cars ahead of becoming a factory race driver next season.

Jackie Chan DC Racing topped the LMP2 class with their Oreca 07 Gibson, while Corvette Racing was fastest in a competitive LMGTE Pro field that saw the top four covered by just over a tenth of a second.

In the Am class, the WeatherTech Racing Ferrari 488 GTe headed the pack, the Scuderia’s cars holding the top five positions in class.

James Winslow’s Ligier JSP217 Gibson was 19th fastest of the 20 LMP2 entries, while Earl Bamber was fifth in the LMGTE Pro class aboard his Porsche 911 RSR.

Ryan Briscoe and Scott Dixon shared their Ford GT to end the session 10th in class, while Matt Campbell was seventh best in the Dempsey Proton Racing Porsche he’ll race in the Am competition. 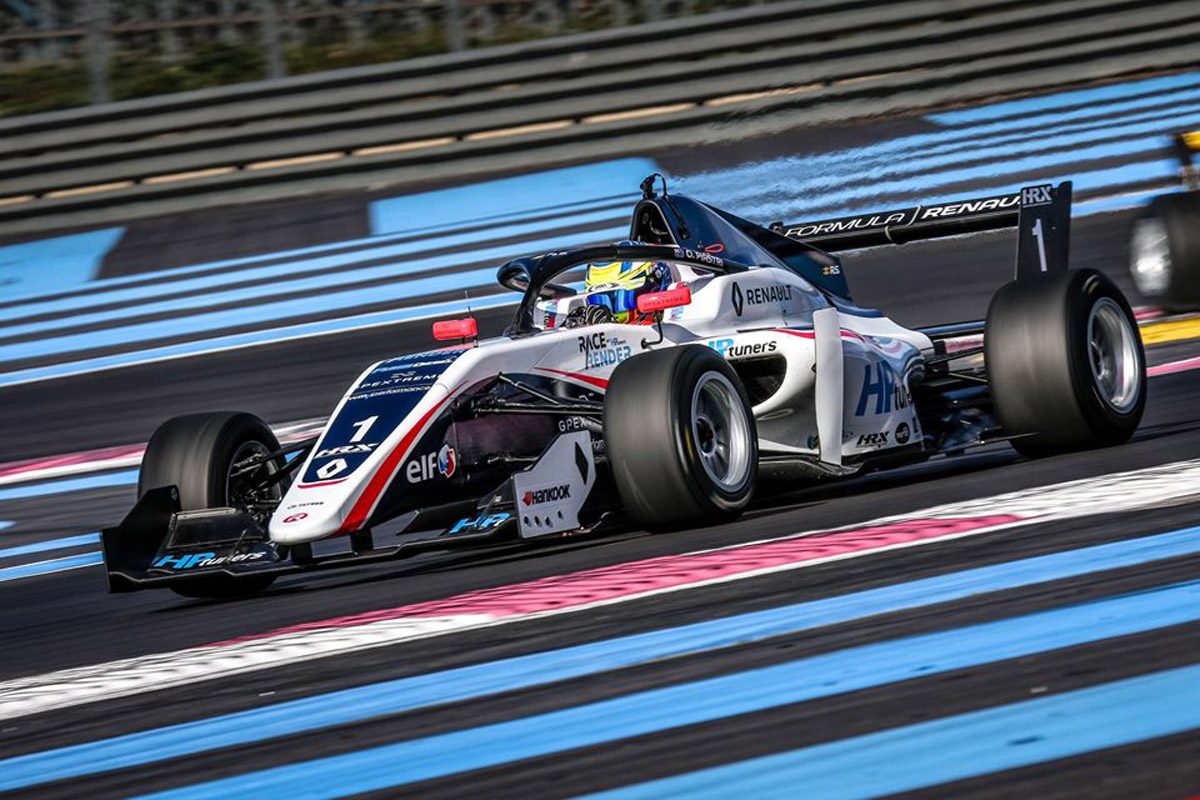 Australian Oscar Piastri started on pole at Le Castellet for the fourth round of the Formula Renault Eurocup, before recording a second and sixth over the weekend’s two races.

Losing the lead at the start of Race 1 to Lorenzo Colombo, the pair engaged in a brief scuffle before Pastri was forced to settle for second.

Dropping to 18th on the opening lap of Race 2, Piastri then charged his way back to sixth, a result which leaves him third in the standings and just nine points away from series leading Victor Martins.

Two wins for Colombo move him to fourth, while Martins claims the third podium place in the opening race to help his title quest.

Runner-up in Race 2 was Alexander Smolyar, with Martins again third.

Formula Renault Eurocup now heads to Spa-Francorchamps where it will support the Blancpain GT Series Endurance Cup on July 27-28. 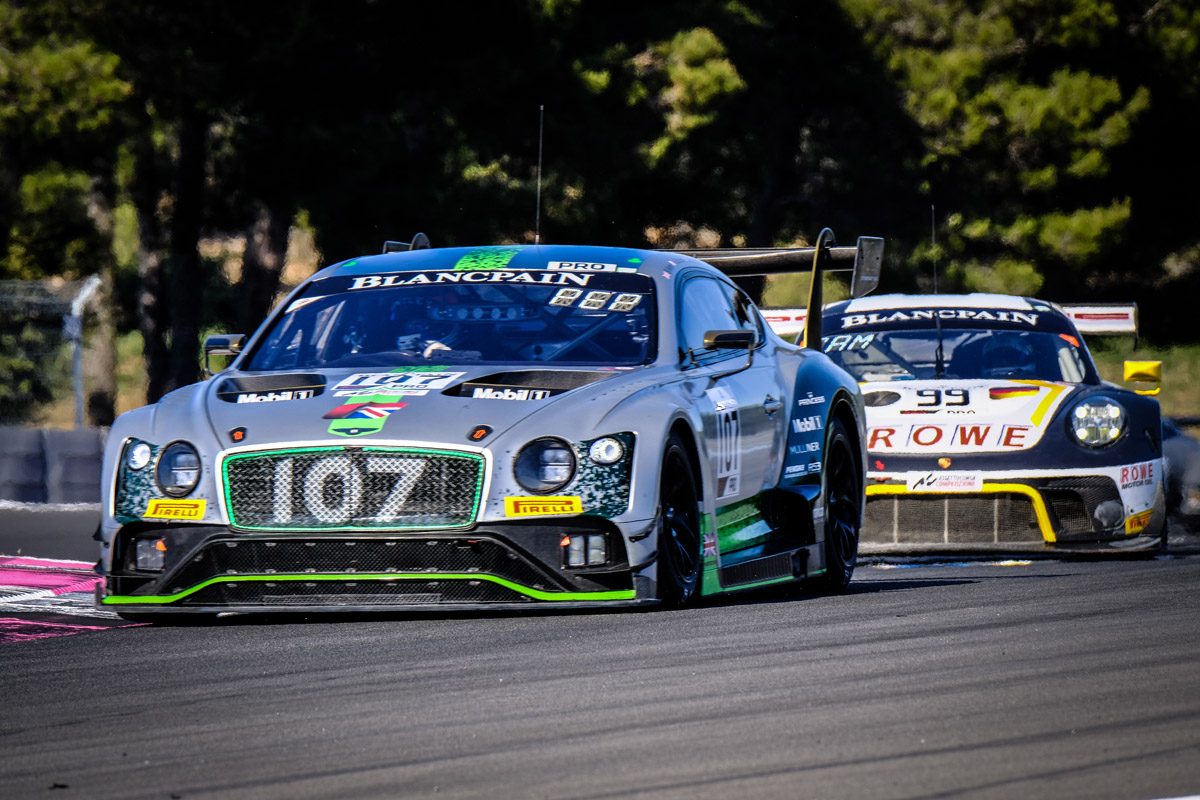 Jordan Pepper, Stephen Kane, and Jules Gounon combined to hand Bentley victory in the fourth round of the Blancpain GT Series Endurance Cup.

The trio claimed the win in the Paul Ricard 1000km by nearly 40 seconds from the SMP Racing Ferrari of Miguel Molina, Mikhail Aleshin, and Davide Rigon.

Completing the podium was the Lamborghini Huracan GT3 of Dennis Lind, Andrea Caldarelli, and Marco Mapelli, just over a second back from the second placed Ferrari.

Australian Matt Campbell was fifth to the line for Rowe Racing, the only Porsche in the top 20, while the Attempto Racing Audi of Nick Foster, Kelvin van der Linde, and Clemens Schmid was eighth.

The Bentley squad lost the lead initially to the Black Falcon Mercedes-AMG GT3 before moving back to the head of the race following two Safety Car interruptions.

A canny strategy call then set the team up for victory, and though Gounon had to charge back follow a slow stop later in the race, his pace was sufficient to secure Bentley top spot.

Results remain provisional, however, with the second placed SMP Racing car part of an investigation which also involves two silver class entries which retired from the race inside the opening half hour.

The Blancpain GT Series next heads to Misano in Italy for Round 5 on June 28-30. 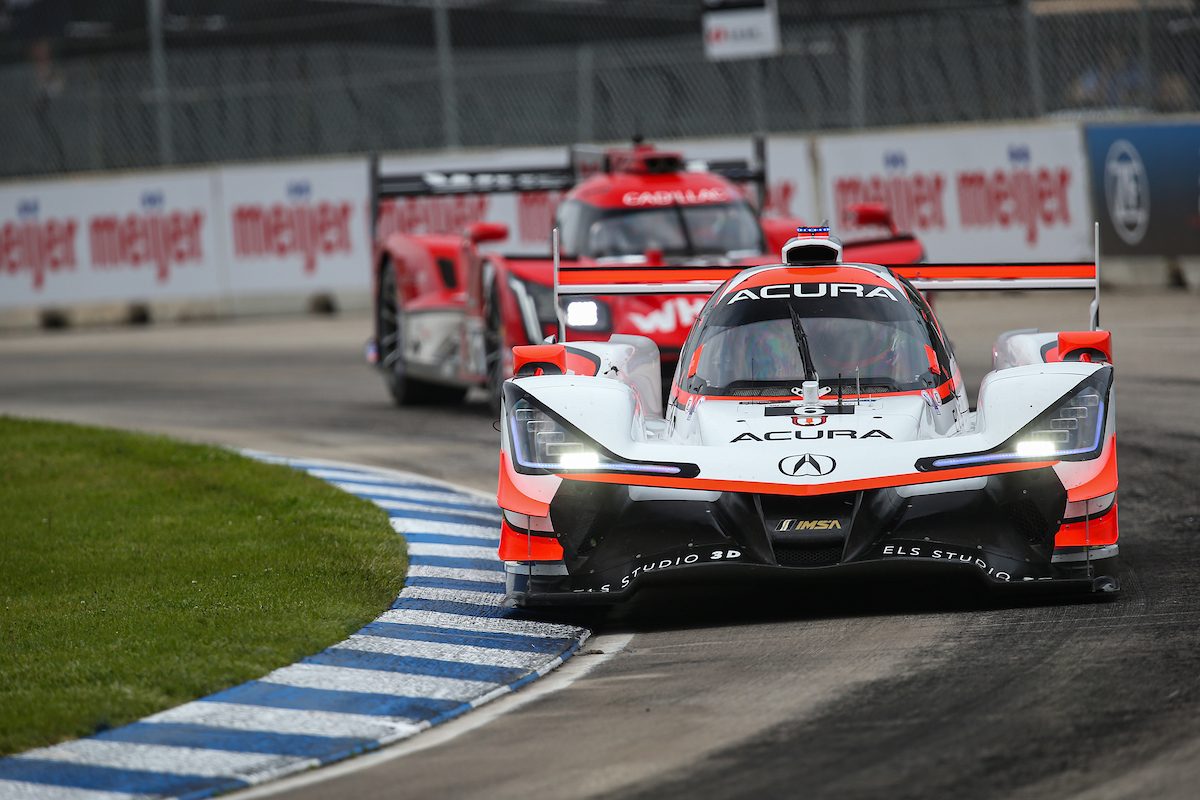 Acura ended a more than decade long drought with victory for Juan Pablo Montoya and Dane Cameron at Belle Isle in Detroit.

It was the pair’s second consecutive IMSA race win, and the first for a non-GM entry on the Belle Isle circuit since 2008.

The Penske pairing started from pole with Montoya heading the opening 19 laps, stopping under the second of five Caution periods during the race.

Handing the car to Cameron dropped them out of the lead, but following the restart he swiftly moved back into first place.

He then saw off a charge from Felipe Nasr, the pair taking the chequered flag less than a second apart after the 100 minute race with Helio Castroneves and Ricky Taylor third.

Watkins Glen hosts the next round of the IMSA Sportscar Championship on June 27-30. 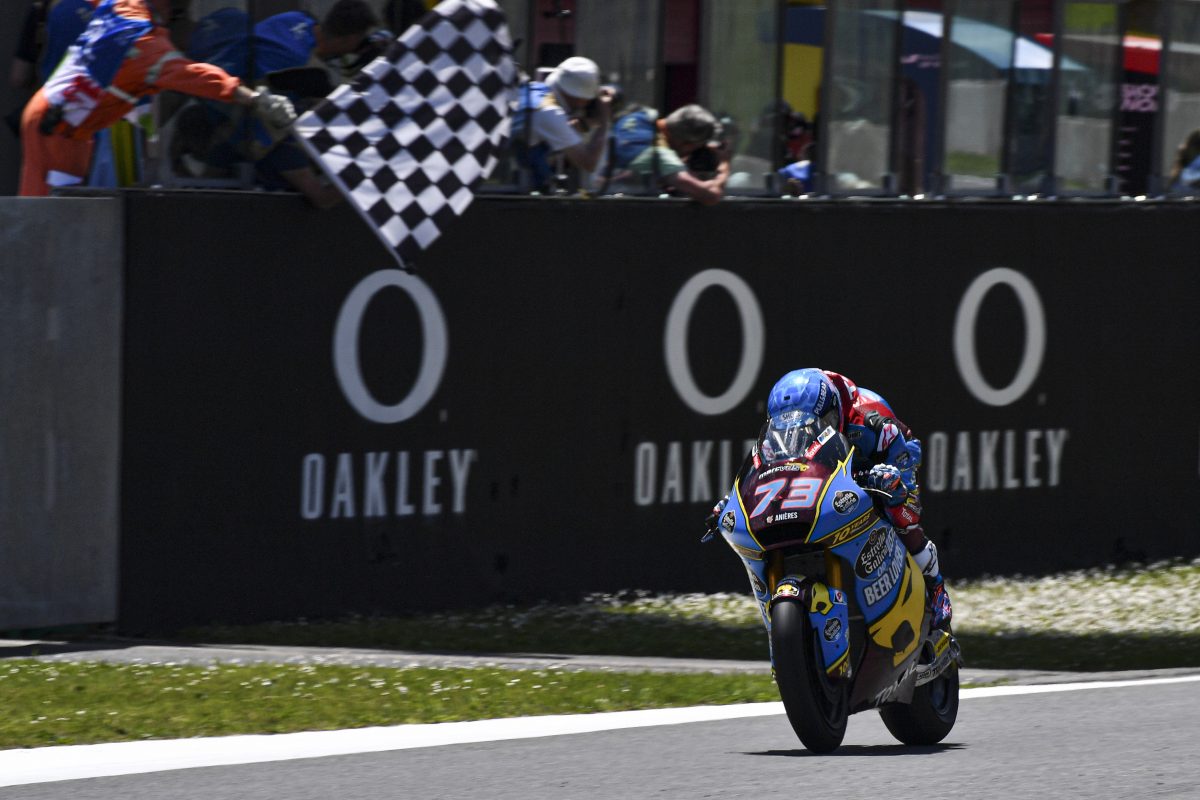 Alex Marquez made it two wins in a row in the Italian Moto2 Grand Prix at Mugello.

Marquez started from third before passing pole-sitter Marcel Schrotter at San Donato on Lap 6, then the other Dynavolt Intact GP Kalex of Thomas Luthi at the same corner on Lap 9.

Luca Marini (SKY Racing Team VR46 Kalex) ran fourth in the early laps but made his way to second by the chequered flag, ahead of Luthi.

Lorenzo Baldassarri (Flexbox HP 40 Kalex) holds a reduced championship lead having finished fourth, while Remy Gardner was 13th from 10th on the grid on his ONEXOX TKKR SAG Kalex.

In Moto3, Tony Arbolino slipstreamed his way from third to first on the final run up the main straight as 0.267s covered the top five at the finish.

Round 7 will be held at the Circuit de Barcelona-Catalunya on June 14-16.