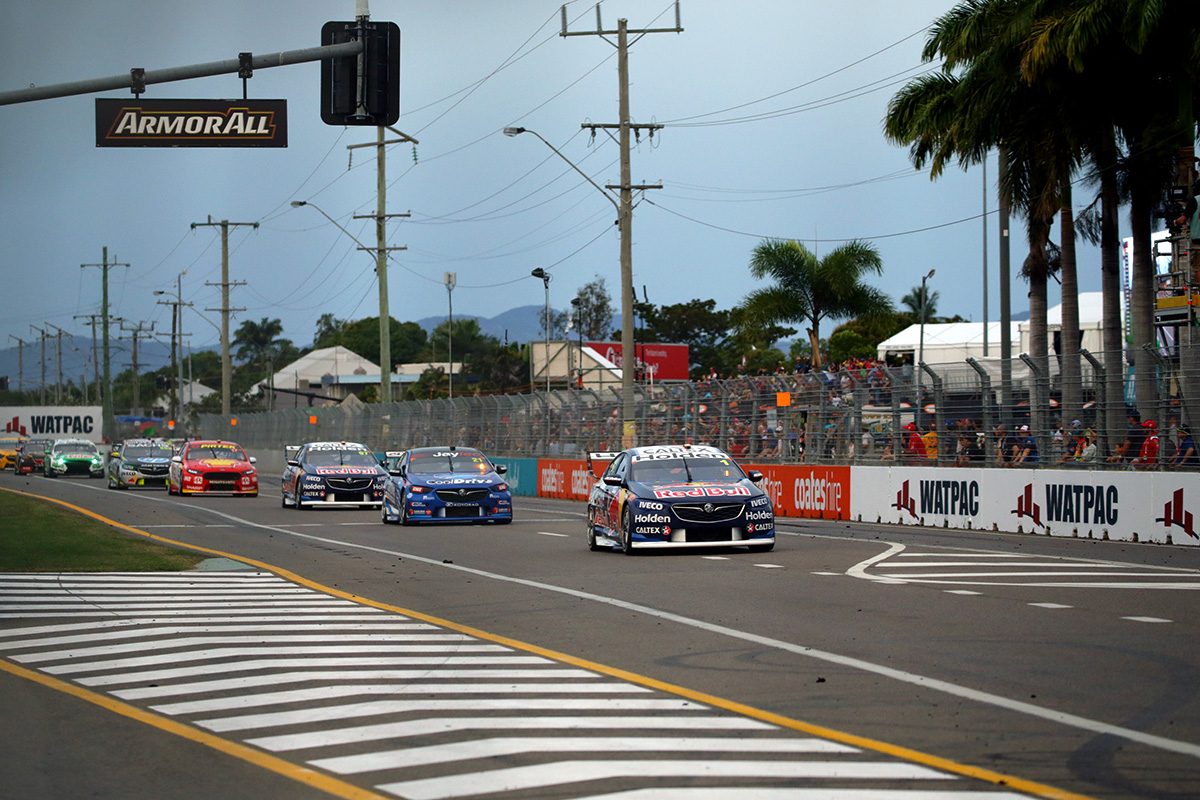 The Townsville 400 is in the final year of its deal contract with Supercars and the Queensland Government pic: Ross Gibb

Negotiations are underway with Queensland Government for a new funding agreement to assist the Townsville 400 as it aims to retain its spot on the 2020 calendar.

The street race in North Queensland is among a number events on the calendar coming to the end of its deal with Supercars.

This year’s race is set to be the last of a three-year contract extension agreed in 2016, which was boosted by a funding injection from Queensland Government, an agreement that is also up for renewal.

Townsville joined the Supercars calendar in 2009 with last year’s race marking 10 years of racing at the Reid Park street circuit, attracting 147,359 spectators across the three days.

Popular among fans and teams, while being a boost to the local economy, Townsville City Council is pushing to keep the race on the calendar and is involved in talks to extend its state government funding deal.

Queensland Government currently offers funding to three Supercars event in the state, including the Ipswich SuperSprint and the Gold Coast 600, and the latter’s contract with Supercars and its funding deal is also up for renewal.

“The Watpac Townsville 400 V8s has become an iconic event for the region, with around 100,000 people attending over the three days,” said Townsville mayor Cr Jenny Hill in statement issued to Speedcafe.com.

“The State Government funding agreement is up for renewal after this year’s event and we’re currently in negotiations.

“Townsville hosts one of the best V8 weekends in Australia, and that has been largely possible because of the State Government’s strong level of support over the years.”

Supercars is aiming to reveal its 2020 calendar in July and last week confirmed the season will begin earlier following confirmation of the date for the Superloop Adelaide 500 opener.

Earlier this month the series announced a new deal with Tasmanian Government to ensure Symmons Plains remains on the calendar until 2023.

Next year’s schedule will also see the return of Sydney Motorsport Park which is set to host a night race.

Townsville is not the only event looking to strike a new deal with Supercars for 2020.

Perth’s Barbagallo Wanneroo Raceway is understood to be in talks to secure a new contract which could see the Pirtek Perth SuperNight return after its successful debut, ensuring there would be at least two night races on the calendar.

Meanwhile, Winton is pushing for a new contract and the futures of Phillip Island and Sandown are yet to be announced.