‘Heartbreaking end’ for Miller after fighting for victory

‘Heartbreaking end’ for Miller after fighting for victory 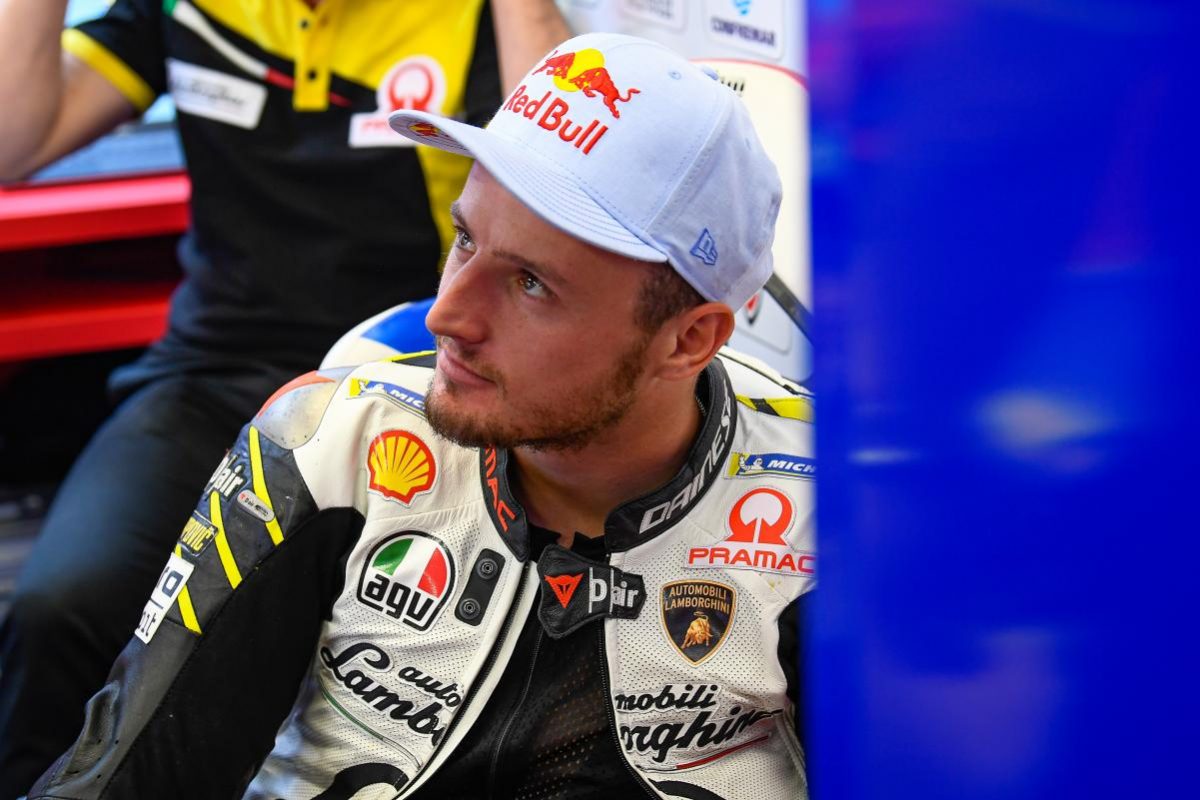 Jack Miller has described crashing out of the Italian MotoGP as ‘heartbreaking’ having fought in a five-rider battle for the lead for half the race.

Miller had in fact just set the fastest lap of the race to close back in on the top four when he tucked the front wheel of his Pramac Ducati at the Materassi corner and crashed on Lap 16 of 23.

For a brief moment on Lap 8, the Australian ran in second but was immediately re-passed by factory Ducati rider Danilo Petrucci as they exited San Donato.

He was still in with a chance of a podium or even victory as the race developed into something of a holding pattern, but Miller would not be part of the final stoush at Mugello.

“It was a great race, I enjoyed it a lot, a lot of fighting,” he recalled.

“I felt really comfortable in the group, just managing. For most of the race we really conserved the tyres through the Arrabbiatas (corners), and I saw already with 10 laps to go that Danilo and Marc (Marquez) were already pushing quite a lot through there and starting to spin (the rear tyres) a little bit more.

“They made a little gap to me so I said, ‘Okay, now they are going to start to push.’.

“The next lap, I did the fastest lap of the race, catching them back. I wanted to pass (Alex) Rins at Turn 1, I just was not quite close enough, it would have been a little risky, so I just was waiting.

“Rins had a big slide on the entry into Turn 4 and I braked a little harder in the first moment and released the brakes a little bit earlier, and as I released them, the front went, I tried to save it on my elbow, but it was impossible today.

“(It was) a heartbreaking end to a really strong race but this is how it is, and we are again fighting for the victories so we can be happy about that, but it was missing about eight laps.”

Petrucci went on to win the race by 0.043s from Honda’s Marquez, with Dovizioso less than three tenths further back in third on the second of the Mission Winnow Ducatis.

Marquez therefore extended his championship lead over Dovizioso to 12 points after six races in 2019, while Petrucci climbed one spot to fourth.

The Italian is now 40 points and two positions up on Miller, who has been eyeing off the second factory seat although played down how much he does so in the lead-up to the weekend.

Pramac Racing team manager Francesco Guidotti has said that a decision on that slot would be made after the Barcelona round, which is next on June 14-16.