Dixon wins Detroit Race 2 as Power fights back to third 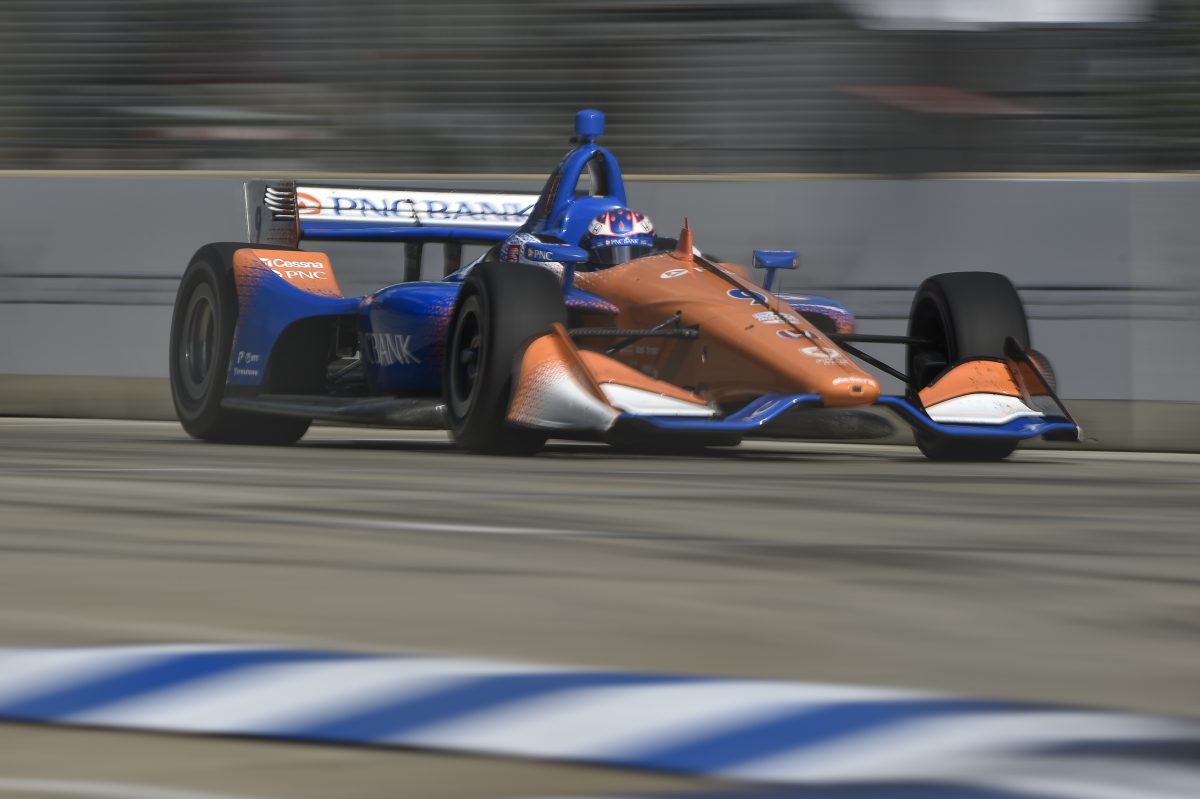 Scott Dixon has gone from a crasher to a winner in the Detroit Grand Prix, Josef Newgarden did the opposite, and Will Power salvaged third despite a stall under Caution.

Dixon led for much of the 70-lap conclusion to IndyCar’s double-header weekend while Power fell as far back as 19th in the early stages before finishing a position behind runner-up Marcus Ericsson (#7 Schmidt Peterson Honda).

Newgarden (#2 Team Penske Chevrolet) and Alexander Rossi (#27 Andretti Autosport Honda) again shared the front row following another day of the unique-to-Detroit split qualifying format but they were two of several to pit under the early Caution.

Power played a part in that when he and Felix Rosenqvist made side-to-side contact at Turn 3 on Lap 1, setting off a chain reaction in which Simon Pagenaud (#22 Team Penske Chevrolet), Tony Kanaan (#14 AJ Foyt Racing Chevrolet), and Patricio O’Ward (#31 Carlin Chevrolet) copped damage.

Lap 1 trouble at the @DetroitGP 😱😱

Dixon and Power were among six to not pit and while the former assumed the lead in the #9 Chip Ganassi Racing Honda, the latter’s #12 Team Penske Chevrolet stalled under yellow and he plummeted to 19th, last of those on the lead lap.

The New Zealander was struggling on the alternate tyres on which he started the race and was picked off by Santino Ferrucci (#19 Dale Coyne Racing Honda) on Lap 14, by which time Newgarden and Rossi were fourth and fifth respectively.

Dixon pitted at the end of that lap, just beating the Caution that came when Spencer Pigot’s #21 Ed Carpenter Racing Chevrolet ended up in the pit entry wall after being shunted caused by Sebastien Bourdais (DCR w/ Vasser-Sullivan), who pressed on despite the front of his #18 Honda lifting well off the ground.

At the Lap 20 restart it was Ferrucci from Graham Rahal (#15 Rahal Letterman Lanigan Honda), Newgarden, and Rossi, with Dixon ninth and Power 15th having also pitted.

Rossi and Newgarden made their second pit stops on Laps 27 and 28 respectively, but they ended up behind James Hinchcliffe when he exited the lane to start Lap 33.

Newgarden dived at the #5 Schmidt Peterson Honda at Turn 3 but ran long, into the tyre wall, and took Hinchcliffe with him.

Rossi pressed on despite also sliding into Car #5 as the resulting Caution hurt Ferrucci and handed the lead back to Dixon.

Things are heating up at the @detroitgp 😱

At that point, it was Dixon from Ericsson and Takuma Sato (#30 Rahal Letterman Lanigan Honda), with Rossi ninth and Power 12th after the Australian had a very short second stint.

Dixon was back into the lane at the end of Lap 45, seven laps after the restart, with Ericsson and Sato doing likewise a lap later.

Those and other pit stops promoted Power to the lead and he used the clear air to reel out some quick laps before pitting at the end of Lap 49.

The speed saw Car #12 resume in fourth at the end of the cycle, behind Dixon, Ericsson, and a slightly off-sequence Ed Jones.

Power took matters into his own hands by passing the #20 Ed Carpenter Racing Chevrolet on Lap 53 anyway, before Hinchcliffe stopped on-track to draw yet another Caution.

The front-runners spread out in the six green flag laps from the Lap 59 restart until Rosenqvist found the wall due to steering damage he incurred from an earlier error.

The race was red flagged to allow enough time for a competitive finish to the 70-lap affair, although the top nine was unchanged in the final four-lap dash.

Bourdais got home in ninth while Pagenaud was officially 17th and Newgarden 19th.

Rossi moved back ahead of Pagenaud to sit second on the table to Newgarden, by 15 points.