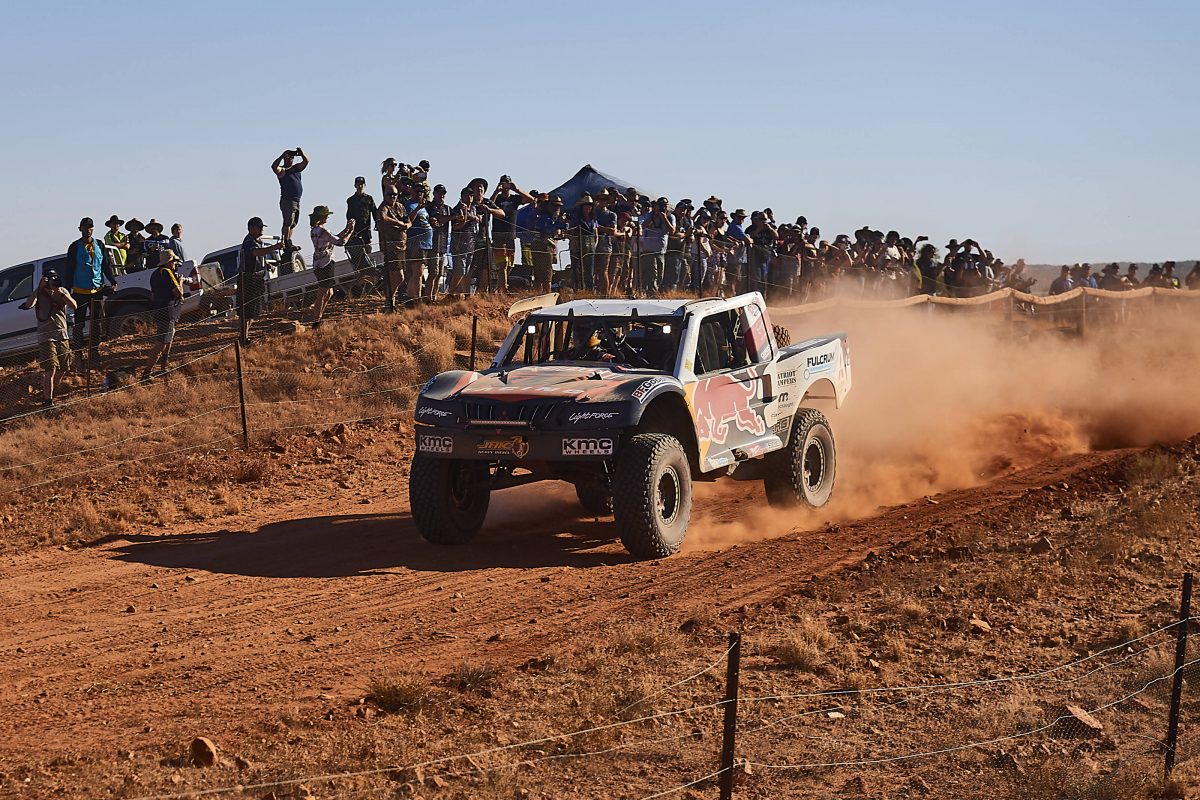 Toby Price believes he is a strong chance to take out the Tatts Finke Desert Race when he chases an elusive four-wheel victory in the there-and-back event next weekend.

Price debuted in the Cars class of the event, which sees competitors make the journey from Alice Springs to the remote settlement of Finke on one day and return the next, in 2016.

His showing that year remains statistically his best in the class with a second placing, the same position which he held at the overnight stop in last year’s edition before a power steering pump failure put paid to his chances.

Shannon Rentsch and Ian Rentsch were fastest in the prologue and each leg of the race, sealing a record sixth Finke title and fourth in five years, and would go on to win a ninth BFGoodrich CAMS Australian Off Road Championship as a whole.

Price, who has won Finke as many times in the Bikes as the Rentschs have in Cars, acknowledges the father and son duo as the benchmark in their discipline.

However, he is confident that he can lay down the challenge, if not now then in years to come as he gains more experience in trucks.

“They’re the main ones out the front, pushing and always getting the wins,” Price told Speedcafe.com of the Rentschs.

“I’ve got as good chance as anybody to win the race it if it all goes well and if things happen the right way we could definitely get the win ourselves.

“There are so many variables in this racing and the Rentschs have just got all their issues and problems all ironed out and worked out and know exactly what they need to do and I’m very, very new to all this sport so I’m trying to iron those things out now.

“If we don’t win it this year or whatever, hopefully we can win it within five years and we just keep trying at it.”

In finishing runner-up in Cars three years ago, to Glenn Owen & Mathew Ryan, Price also came up just short of an unprecedented ‘double’ of victories in both classes.

The double is not in play this year as the 2019 Dakar champion continues to recover after riding through Peru with a fractured wrist in January.

With no Bike running, there will be no flying back and forth to try and complete each 226km leg twice a day, and Price believes that the focus on Cars enhances his prospects even if he hopes it is only a temporary reprieve.

“For sure it definitely helps,” he stated.

“Trying to run both categories is just a complete nightmare and a lot of chaos.

“We’re happy we’re just kind of focusing on one but then again it’s always fun to try and do the both and try and make that become reality of winning both categories.

“We’re just going to give it our best shot this year in the four wheels and get some good testing time, and make sure everything with the prep work we do this year, if we need to improve on anything or scale anything back, we can be ready for next year’s race to try and attack it up the double again.”

The 31-year-old has been back on a bike and says that his wrist is healing better than expected, after the screw in his scaphoid ‘windscreen wipered’ into the bone during Dakar and forced him into surgery days after his return to Australia.

“We’ve got a clearance to start riding the bike and everything again, it’s healed really well,” affirmed Price.

“Just at the moment we’ve got to try and work on trying to get the movement back so we still have a little bit of pain when we’re there riding and doing things like that but at the end of the day it’s a lot better than we thought it was going to be. It was definitely healed a little bit quicker than we thought we were going to.

“We’ve still got to take some precautions and just look after it; try and keep ourself on two wheels.

“I don’t want my career to come to a screaming halt any time soon.”

The 2019 Finke Desert Race officially starts on Friday with scrutineering before the prologue in Alice Springs on the following day, when Price will again be partnered by Jason Duncan in a Geiser Brothers Trophy Truck.