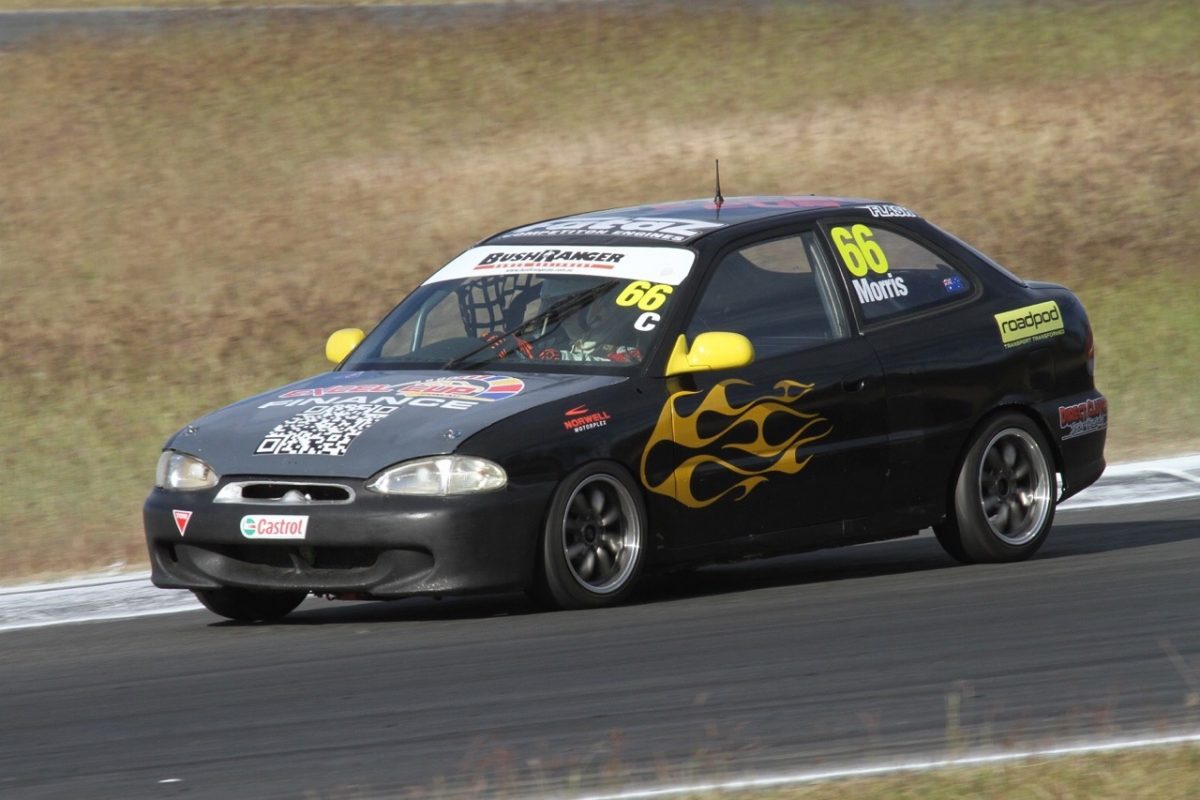 Paul Morris’ son Nash will make his car racing debut in Excels today at Queensland Raceway after witnessing the category firsthand while working as a mechanic at Winton last weekend.

Super3 shared the undercard with Excel Cup support round and it was the latter that piqued the interest of Nash.

He has spent recent days preparing a car for himself to drive, and tested yesterday at Queensland Raceway.

“He was at Winton working on Broc’s car because he’s a mechanic on that car, he saw the Excels and said ‘Can I have a go?’, and I said, ‘Yeah, sure you can mate,’” Paul Morris told Speedcafe.com.

“Then a mate of mine, Jasen Hannagan, dropped a car down in a pile of bits and he’s spent the last two days putting it together. We just tested (yesterday) so he’s running around okay.”

Nash has enjoyed coaching from Anton De Pasquale, one of Paul Morris’ own proteges who raced with ‘The Dude’ for two years in the Dunlop Super2 Series, and will also race in the same field as Feeney, who is in fact a classmate of his.

“He’s just dipping his toe in the water and having a good time,” Paul explained.

“Broc Feeney’s racing as well and they go to school together, so I think it’s more about him just having a bit of fun and hanging out with his mates and seeing if he likes going racing.

“He’s been around racing his whole life and he raced a bit when he was seven or eight on the dirt in quarter midgets but hasn’t really shown much interest.

“Then after watching the Hyundai Excels at Winton, he goes ‘That looks like pretty good fun,’ and said he wanted to have a go.”