Miller ‘not stressed’ about 2020 destination 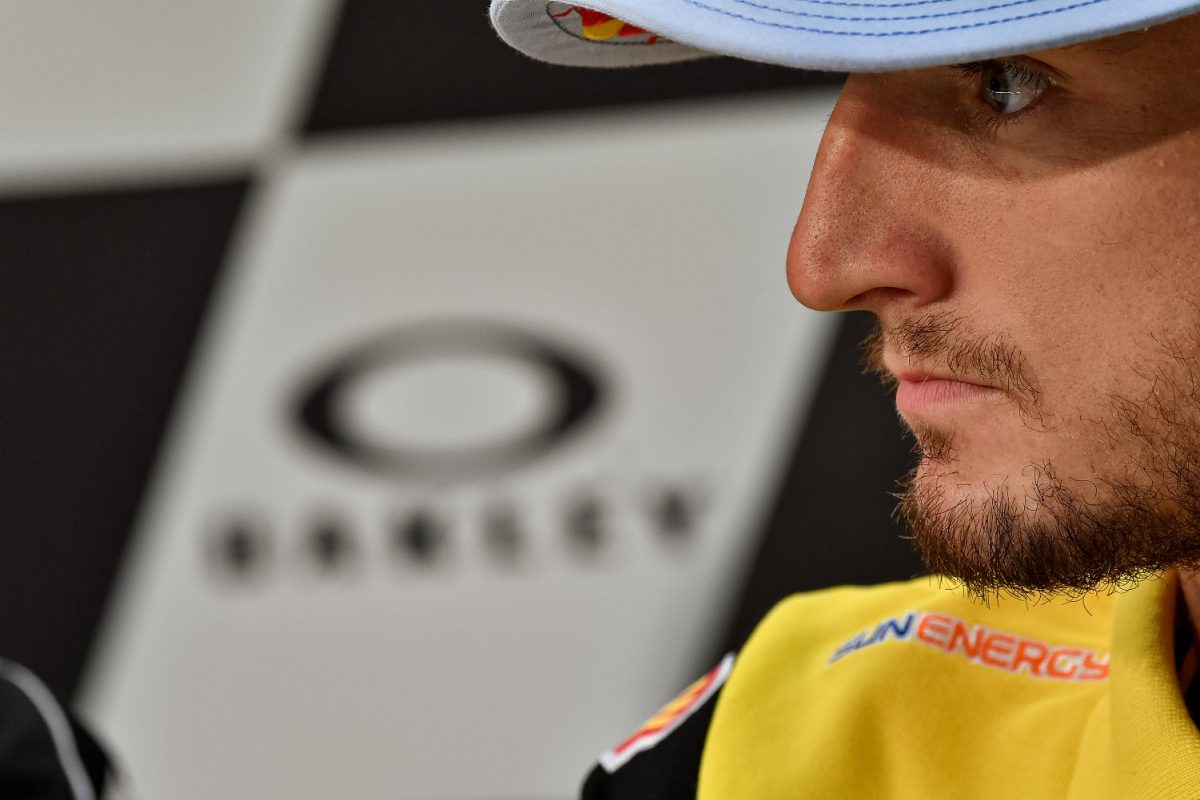 Jack Miller maintains that he is “not stressed” about which team he might ride for in 2020 despite indications that he is determined to land a factory Ducati seat.

Miller is currently domiciled at Pramac Racing but has not hidden his desire to take the seat of the off-contract Danilo Petrucci at Mission Winnow Ducati.

Miller, however, has now downplayed theories that he is adamant about a move, alluding to the fact that every other factory seat is already contracted for 2020.

“I’m not too stressed, to be honest. Whether we end up in the red seat or potentially stay where we are, I’m happy where I am,” said the 24-year-old.

“I’m loving it, I’ve got good support from the factory, I’m in a great team, good people around me, good management around me as well in terms of the structure in the team. So I’m not too stressed, there’s no other real options out there.

“For sure we’re talking to people, having a look, in terms of other teams – but whether I go to the factory Ducati or stay where I am, I’m happy.

“I feel my goal is to do another one-year contract, I feel it’s good for me, it puts more pressure on me and makes next year even more important.

“Definitely don’t want to be doing anything longer than a one-year contract, that’s for sure.”

Guidotti has also moved to end speculation that Miller and Petrucci are effectively in an all-or-nothing all battle for the second factory berth due to Bagnaia being reportedly entitled to ride a Desmosedici GP20 next year.

Miller is presently Ducati’s senior satellite rider and enjoys a GP19, the current model, while Bagnaia rides a GP18 in his rookie premier class season.

Guidotti confirmed the report about Bagnaia’s contractual status, but affirmed that Miller would have likewise if he stayed at Pramac.

“Yes, Pecco’s contract says he will have the 2020 bike next year,” he said on the Dorna television world feed during Free Practice 1 at this weekend’s Italian MotoGP.

“The other rider it will depend on who it will be, so in the case of Jack he will have a 2020 bike because I don’t see any other way to make him happy and if it will be a rookie, we will see.”

He also revealed that no decision on the factory team’s second seat would be made until sometime after the following round in Barcelona (June 14-16).

“Well as we said we want to wait a little bit before sitting together with Gigi (Dall’igna, Ducati Corse General Manager) and Claudio (Domenicali, CEO) to start discussing next year,” Guidotti added.

“We decided we will wait until after Barcelona, we aren’t in a hurry but we understand it’s important for the riders to know.

“So, after seven races we will have all the information we need to assess the races and take the best possible decision for the future… In principal, it’s between the two of them.”

Bagnaia was fastest in Friday practice at Mugello and Miller ninth.

FP3 and FP4 take place tonight, the latter leading into qualifying from 2210 (all times AEST).

Next Story Marquez steals Mugello pole with tow from Dovizioso