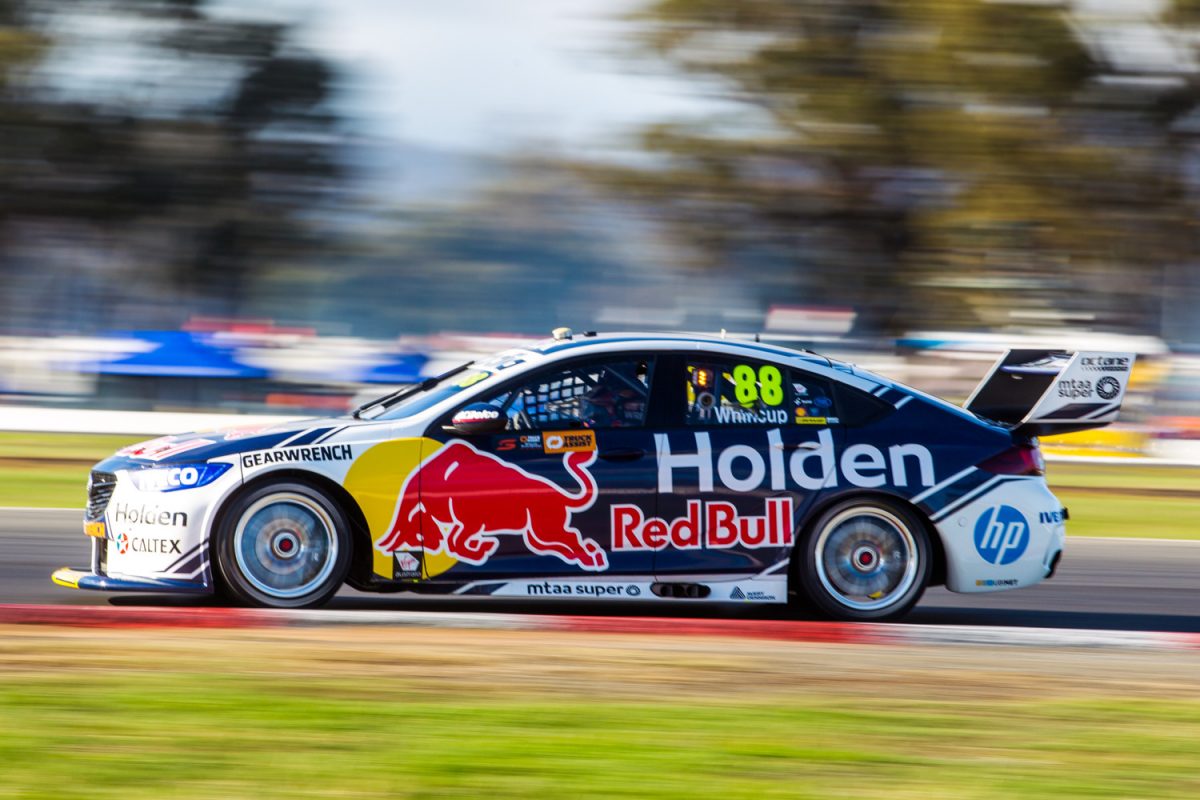 Jamie Whincup believes there is no ‘silver bullet but just lots of little things’ required to close the gap to the pace-setting Shell V-Power Racing Fords.

The seven-time champion is yet to score a race win this year and is already 478 points behind runaway championship leader Scott McLaughlin, who has racked up 10 wins from 14 races.

Shell V-Power Racing’s flying start to the season continued at Winton as McLaughlin scored a double victory that included heading the team’s sixth one-two of the season.

Whincup emerged as the best of the rest on Sunday finishing third, although prior to a late Safety Car the Triple Eight driver was 21 seconds shy of race leader McLaughlin.

However, the 36-year-old maintains his team is making progress in reeling in the Shell Fords after ‘a very ordinary’ Phillip Island last month.

“It doesn’t look like it (we are making in-roads), does it, but we’re happy with our progress,” said Whincup.

“We were deadset very, very ordinary at Phillip Island, that was only two rounds ago so we’ve made huge steps from there.

“There’s so many components that make up a race car – there’s so much involved and it’s not just one thing.

“There’s no silver bullet, we’re not going to re-design a new shock absorber and boom, there you go.

“It’s going to be lots of little things.

“We’ve got a great team, we’ve got good people, it’s just a matter of chipping away.

“It’s those 100 one percenters that make up a race team.

“At the end of the day it’s tough to ask to really fight hard and try and bridge a gap and make a competition of it.

“We don’t want to slow those guys down, we want to step up, as I said in Perth. I’m looking forward to that challenge.”

The squad is yet to run a test day but did elect to run a evaluation day at Queensland Raceway yesterday for Super2 rising star Brodie Kostecki and its Malaysian GT driver Jazeman Jaafar.

Triple Eight will regroup before heading north for the BetEasy Darwin Triple Crown from June 14-16.