Home » News » Formula 1 » Ricciardo would rather ‘crash than not try’

Ricciardo would rather ‘crash than not try’ 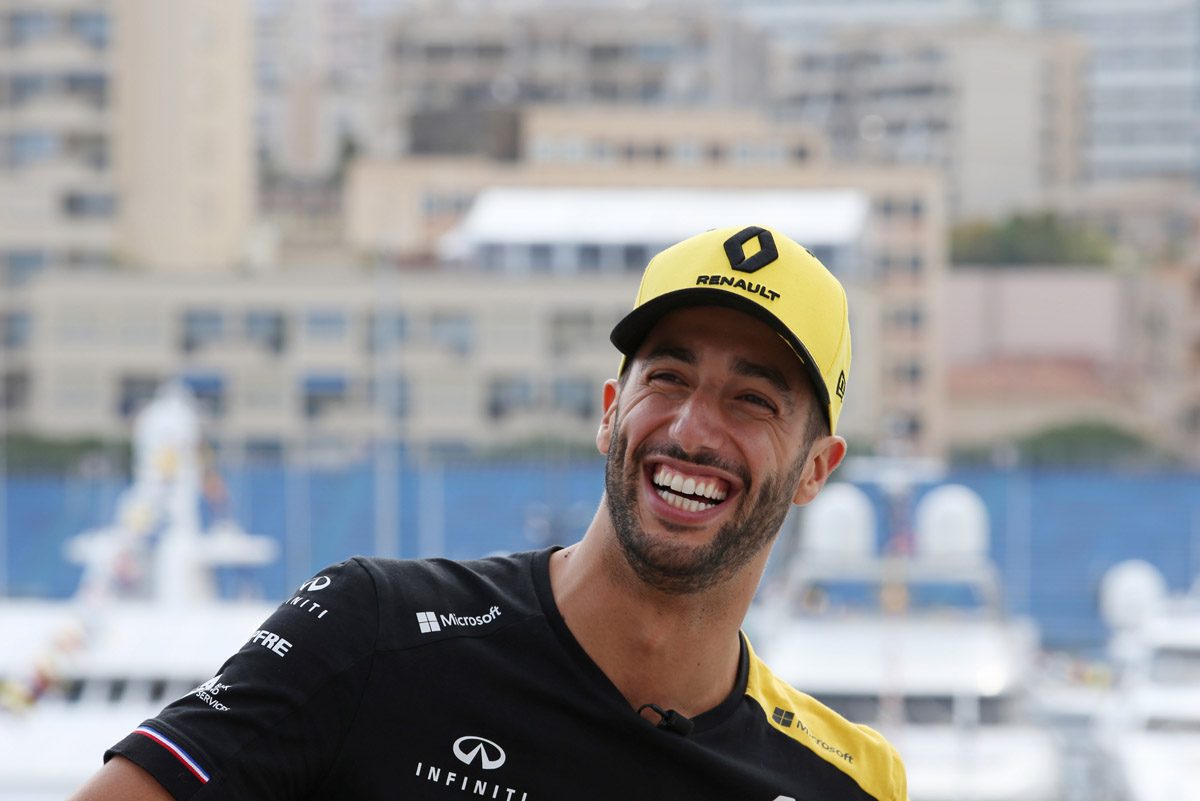 Daniel Ricciardo has opened up on the change of mindset that has earned him the reputation of Formula 1’s best overtaker.

Nicknamed the ‘Honey Badger’, a small but ferocious animal that refuses to back down from a fight, Ricciardo admitted that it was the disappointment in his own performances that forced him to change his approach.

“The reason for me putting myself out there and changing my approach for racing and being aggressive was there was too many times throughout my whole career where I would leave the track on a Sunday night feeling sorry for myself, basically leaving with regrets; ‘if only I tried that, if only I did that, the gap was there, I should have done it, why didn’t I try?’,” the Australian said on Nico Robserg’s Beyond Victory podcast.

“I was constantly going through that and it felt terrible. I felt like I wasn’t doing it justice, myself, or people that were supporting me.

“When I adopted the Honey Badger, I made that pact to myself that I would rather try and fail to try and potentially crash than not try at all.

“I can live with myself so much better if I have a go and I think also the people around me, unless I’m being reckless, they’re going to respect me.

“Once I started getting it, your confidence builds and you have confidence to keep doing it. It feels good. It feels great,” he added.

“I did fail a few times, but it was so much better than just sitting behind someone the whole race and being hesitant to pull the trigger because you get nothing for that.”

It’s a mentality, he says, he’s taken into his day to day life too, encouraging friends to take risks in their lives.

“If some of my friends aren’t happy with their life or their job or what they’re doing, I’m like ‘What’s the point? Why are you still doing this? What are you afraid of? Just go for it, try, and if you fail, who cares?’

“Some of my friends have talked about maybe leaving Perth and travelling abroad and finding a job and whatever.

“If you travel and it doesn’t work and you don’t find a job that works or that you love, you’ve got nothing to lose.

“You’re going to have so much experience from the travelling that you won’t go home with your tail between your legs, you’ll be fulfilled in some way or another.

“I guess it’s just important. We do only get one chance at all this.

“For me it just seems silly not to make the most of it and at least try; try be something or do something than just exist.”