Bottas takes pole despite off as Vettel misses Q3 > View

McLaughlin to wear indigenous boots for charity in Darwin 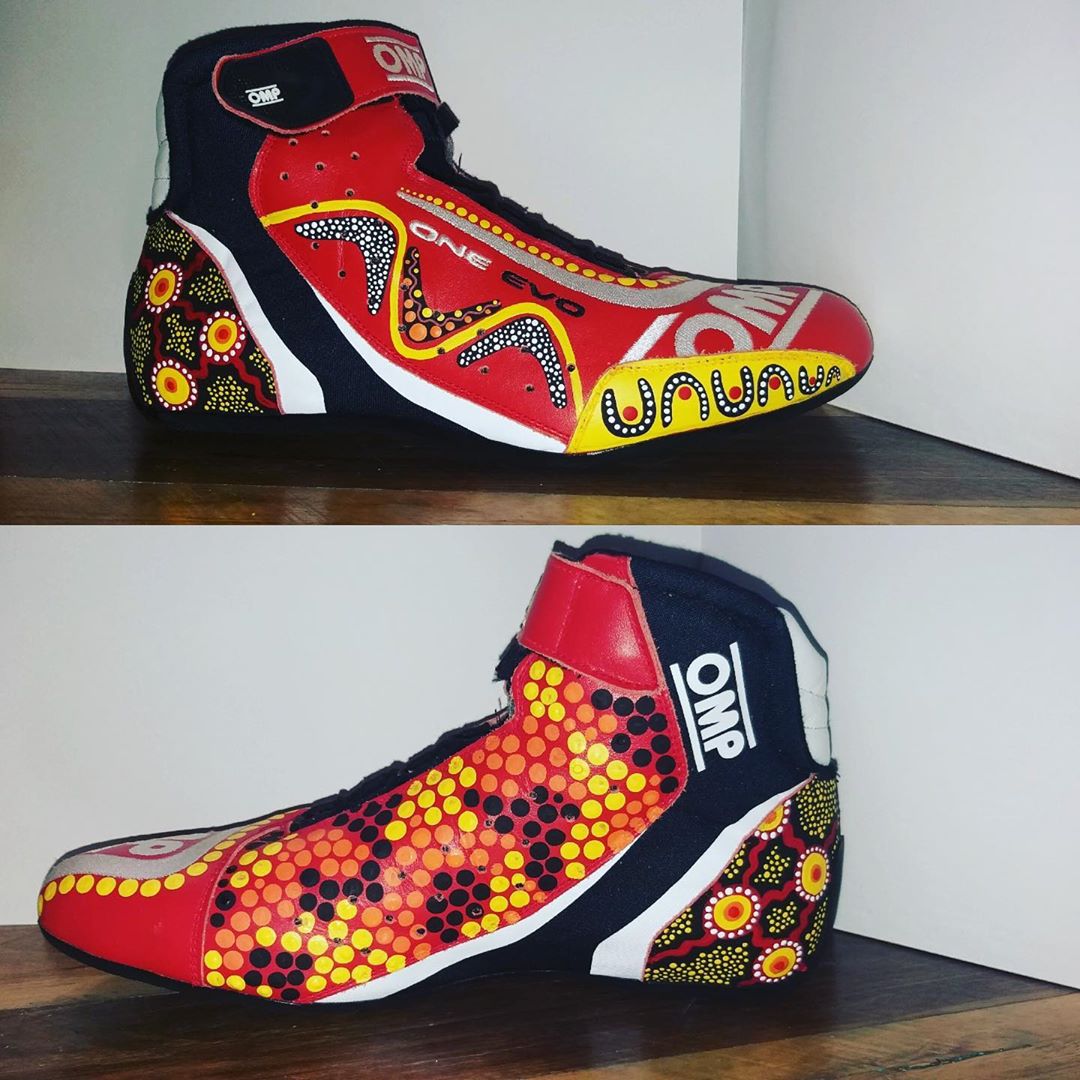 Scott McLaughlin will wear a pair of specially painted boots in next month’s BetEasy Darwin Triple Crown before they are auctioned for charity.

The boots will be sold off to raise money for FightMND, an organisation established in 2014 to raise funds for the treatment and eventually cure of motor neurone disease.

They are part of a suite of items in the ‘Ultimate Sporting Auction’, an initiative of Fox Footy’s AFL 360 program on which McLaughlin is an occasional guest.

Bidding will close on Monday, June 10, coinciding with the ‘Big Freeze’ fundraising event and Collingwood Magpies versus Melbourne Demons AFL match at the Melbourne Cricket Ground.

The Northern Territory leg of the Virgin Australia Supercars Championship has seen a number of teams adopt indigenous-themed initiatives over the years.

This year’s Hidden Valley event will be held from June 14-16.

These are my sick new boots for the Darwin race and my helmet will be released later! Unreal job by Danielle! Once I am done with these you can buy them. I have put them up at the Fox Footy MND Auction, all for a great cause so get bidding! #VASC

Next Story Whincup: No silver bullet to catch Penske Fords