Penrite Racing to keep an eye on impressive teenager 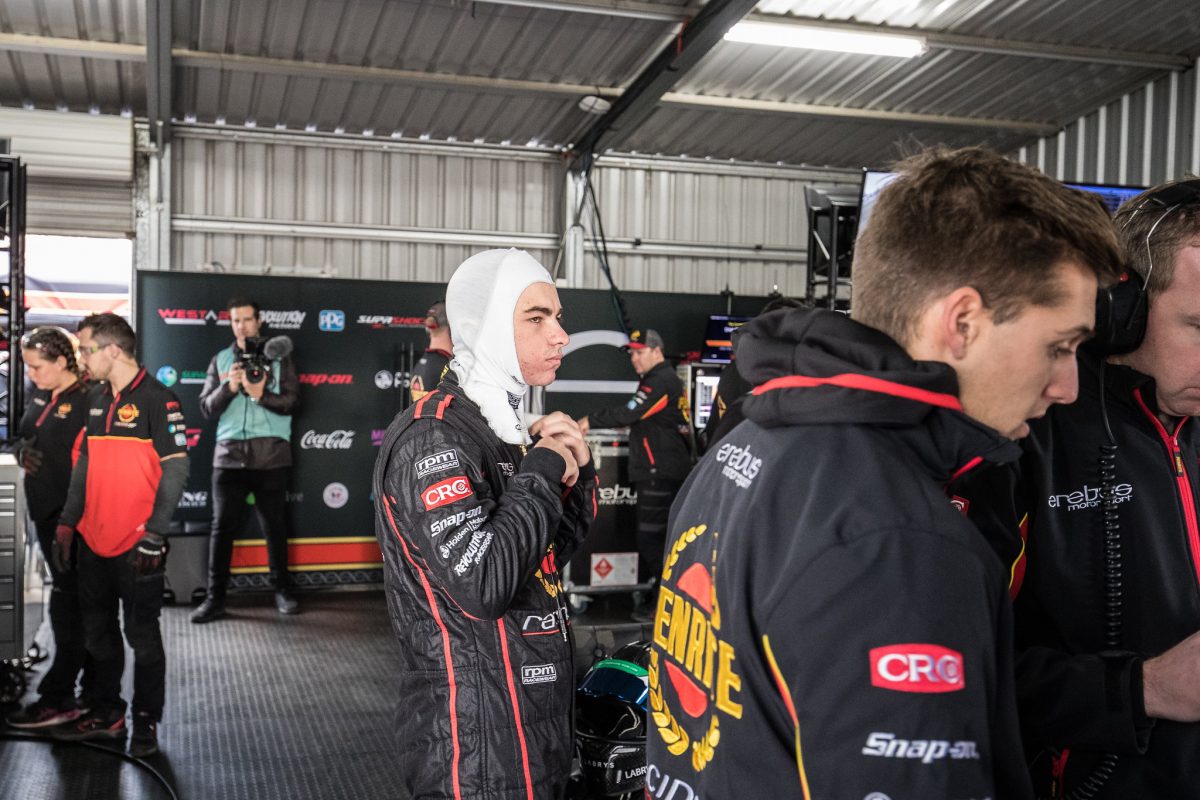 Penrite Racing will keep a close eye on rising star Broc Feeney after the teenager impressed the Supercars squad following his run at Winton Motor Raceway.

The Melbourne outfit elected to use last Saturday’s Additional Driver session at the Truck Assist Winton SuperSprint to evaluate two young drivers instead of offering extra running to its Pirtek Enduro Cup co-drivers Luke Youlden and Will Brown.

Feeney is in his second year of car racing career having raced in the Toyota 86 Racing Series in 2018, and is currently an apprentice at Paul Morris’ Norwell Motorplex.

Despite only a handful of laps in a main game prior to the session, the teenager impressed in challenging wet conditions to finish sixth fastest in a field that included champions and Bathurst 1000 winners Craig Lowndes and Garth Tander.

Erebus Motorsport CEO Barry Ryan was impressed by Feeney’s speed and maturity, earmarking the driver as one the team will keep tabs on for the future.

“You always have to keep thinking three or four years ahead,” Ryan told Speedcafe.com.

“We have got a relationship with him now via Paul and what we have done with him. You always hope that the little thing we have given him now will result in a bit of loyalty in the future.

“He has proved that he is good enough for a drive and that is the same with Jordan (Boys) and he is a brilliant young talent too.

“He (Broc) is really good and ever since we got introduced to him you can just tell his maturity is way above his years.

“His dad has a racing background and pedigree and he has been working with Paul Morris, who doesn’t suffer fools.

“Broc doesn’t seem to be overwhelmed by anything, he was very calm he did a good job.

“He did a really good job and probably could have gone faster. It wasn’t about going fast it was the opportunity.”

The outing confirmed Feeney’s career ambitions of progressing through the ranks to ultimately race in Supercars.

“Getting a go in Supercars, which is where I hope to be one day, is pretty huge,” Feeney told Speedcafe.com.

“It was really cool and I hope I get more opportunities and hopefully one day I will make it.

“It kind of sunk in when I got out of the car. It was pretty cool when I jumped out with a lot of people coming up and saying ‘good job’.

“It is pretty surreal actually. When I got the call up and I couldn’t really believe it to be honest.

“It was really amazing and cool to experience. I just want to get out there more now.

“It is great to have a good team behind you. The car was great and it is obviously great to hear that Barry was happy with me.”

Alongside his run with Erebus, Feeney was in action in the Kumho Tyre Super3 Series, where he scored a second, seventh and third from the three races.