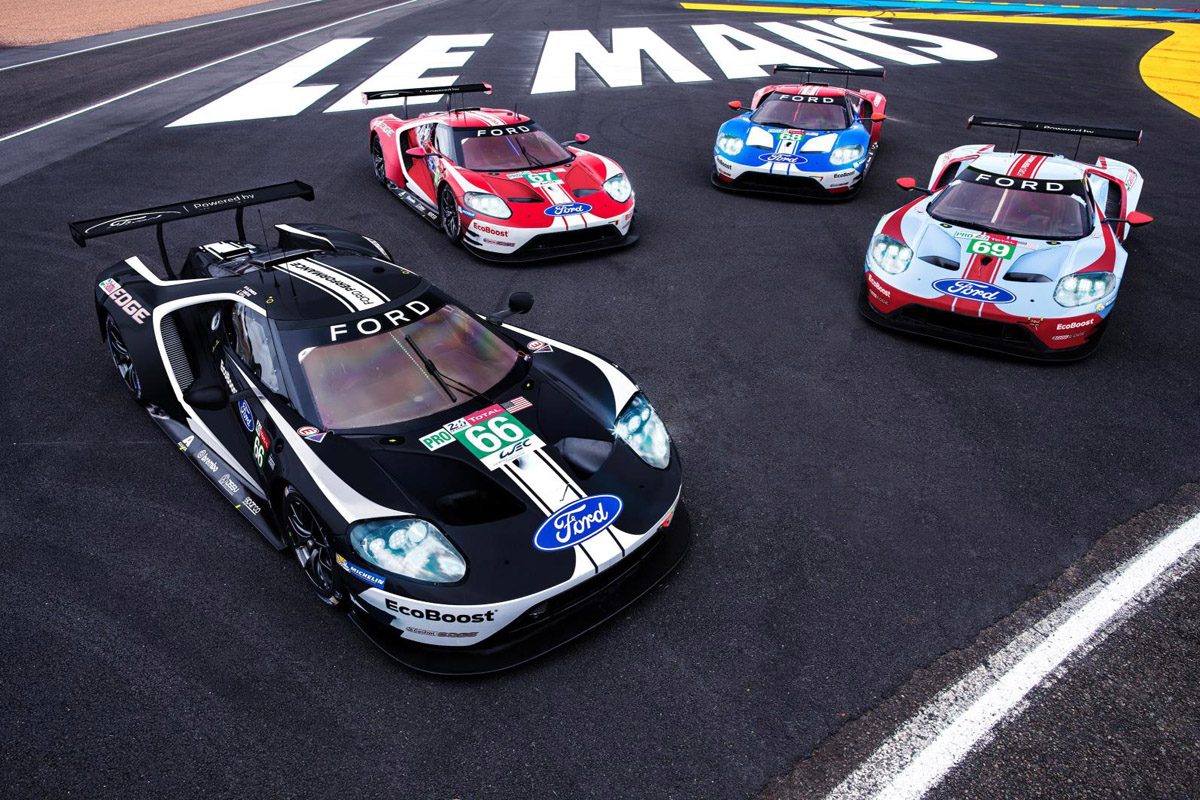 Set to run in the GTE-Pro class for the final time as a factory effort, the cars will wear the colours made famous by the Ford GT40 when it dominated the event from 1966-1969.

“In 2016, Ford returned to Le Mans to mark the 50th anniversary of our incredible 1966 win and we celebrated in the best way possible by winning the race,” said executive chairman of Ford Motor Company, Bill Ford.

“To stand on that podium on behalf of the employees was a proud moment for me and I look forward returning to Le Mans this year to support the team as we approach our final race in this chapter.”

The event will signal Ford’s last as a factory effort, having confirmed that it would not continue with the Ford GT program beyond the end of the current season.

However, the car itself will continue to be raced, albeit by customer outfits such as Keatning Motorsport, which will entry a car in the GTE-Am class for this year’s race.

“The Ford GT was created to take Ford back to the world of GT endurance racing,” explained Mark Rushbrook, global director of Ford Performance.

“This factory Ford GT programme has been a great success for our brand and we have enjoyed the many challenges that have come our way during this four-year program.

“Le Mans is not quite the end of the factory program as we still have many more IMSA WeatherTech SportsCar Championship races to go in 2019.”

Of the four retro liveried cars, the #66 entry pays hommage to the 1966 race winner that was driven by McLaren and Amon, and will be campaigned this year by Stefan Mucke, Olivier Pla, and Billy Johnson.

The colours of 1967 winner, driven by Gurney and Foyt, will adorn the #67 car which will be driven by Andy Priaulx, Harry Ticknell, and Jonathan Bomarito.

Scott Dixon, Richard Westbrook, and Ryan Briscoe will share the #69 entry, wearing the same colours as the car Hulme and Ken Miles drove to second in 1966.

The fourth car in the GTE-Pro contingent is the #68 which will wear the same colours which adorned it when drivers Dirk Muller, Joey Hand, and Sebastien Bourdais took honours in 2016.

Testing for Le Mans begins this weekend ahead of the race itself, which marks the final round of the 2018-19 World Endurance Championship, on June 15-16.