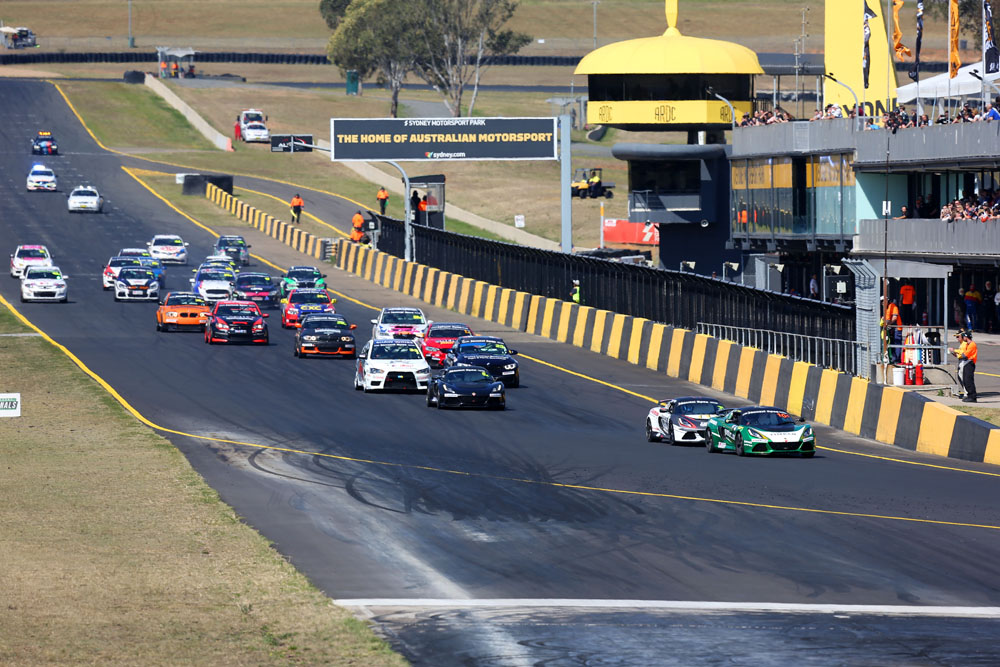 Concerns among national level categories could see them move away from the Shannons Nationals platform for 2020.

The CAMS run platform has provided a home for national level competition since 2006 (then known as CAMS National Racing Championships), with CAMS taking over its promotion in 2016.

Categories such as the Australian Production Car Series, Australian GT, Radical Australia Cup, Formula 4, and a host of others have become regular competitors on Shannons Nationals, which this year has welcomed TCR Australia.

Later this year S5000 is also slated to join the bill, which will be further increased with the addition of LMP3 Cup Australia next year.

The influx of new categories has created concerns that competition for track time will become so intense that some are likely to either miss out or be forced to settle for reduced running or at the less desirable events.

The concern for the Australian Production Car Series has already resulted in it running its own standalone events, with category manager Iain Sherrin looking at the prospect of running more in 2020.

Though still keen for APC to remain part of the Shannons Nationals, Sherrin is entertaining the prospect of a future where there category will need to fend for itself.

“My feeling is that Shannons Nationals are heading in a different direction,” Sherrin told Speedcafe.com.

“Fair play to them, they’ve got to evolve, like we all do. It’s evolve or die.

“I think a lot of categories, like our category and other national categories, need to have a look at what direction they’re going to take, and where they are going to be.”

“If we don’t fit there because of the direction that they’re taking then, well we’ve got to look at where do we go?”

This year’s Shannons Nationals will see seven events, up from six last year, with CAMS’ Mike Smith suggesting that could grow further in 2020.

“Production cars is a really fundamental part of what the Shannons is and has been a part of the Shannons for a really long time and we want to make sure we keep it that way,” Smith told Speedcafe.com.

“We’ll work with all of the categories, and we’ve actually started looking at calendars for next year, now, and try and determine what they want and what their race formats are.

“So we’re just going to juggle that, but we’re going to start the conversation with, Ian and all the other categories pretty soon about where they want to go and what formats they want to run. We will do our very best to make sure we can accommodate everyone.

“We need to see, what all our categories wanna do next year,” he added.

“In real commercial terms, we don’t need to make huge financial returns but they certainly need to wash their own face, but our main priority is just ensuring that we provide platform for all our categories to ride on.”

However, according to Sherrin, the prospect of more Shannons Nationals events is not something that’s been raised with him.

“I’m more than happy for that to happen, if that’s the case,” Sherrin said of the prospect of more Shannons Nationals events.

“There’s been no talk of that, that option hasn’t been mentioned. If there’s something that can come out of this, then great, I’m happy for that.”

While receptive to the prospect, Sherrin is keen to bring the future of APC within his control.

“If we want to maintain our endurance formats, it’s getting harder and harder to maintain that format on the Shannons Nationals,” he added.

“I mean, one of the reasons we didn’t race, or we’re not racing at Phillip Island, with them this year is that we couldn’t get the amount of track time.

“We could get on there, but we couldn’t get the time on track that we needed to maintain our endurance format.

“We had some kickback from our competitor base, so therefore we had to go out and find another option.”

It’s understood that Sherrin is not alone, with a number of categories sharing his concern (though unwilling to publicly voice it) that they will be reduced to bit-part players supporting TCR Australia on the Shannons Nationals bill.

“I feel that we’ve been relegated to like a third-tier category in the eyes of CAMS, and I think some of the other categories that have been on the Shannons Nationals, are probably feeling the same,” Sherrin said.

“I’ve had three categories contact me straight away,” he added in reference to his email to other category managers.

“Some of those categories that have already raced on our events will be talking with me as well.

“The interest is there, it’s just a matter of kind of looking how it all works, moving forward.”