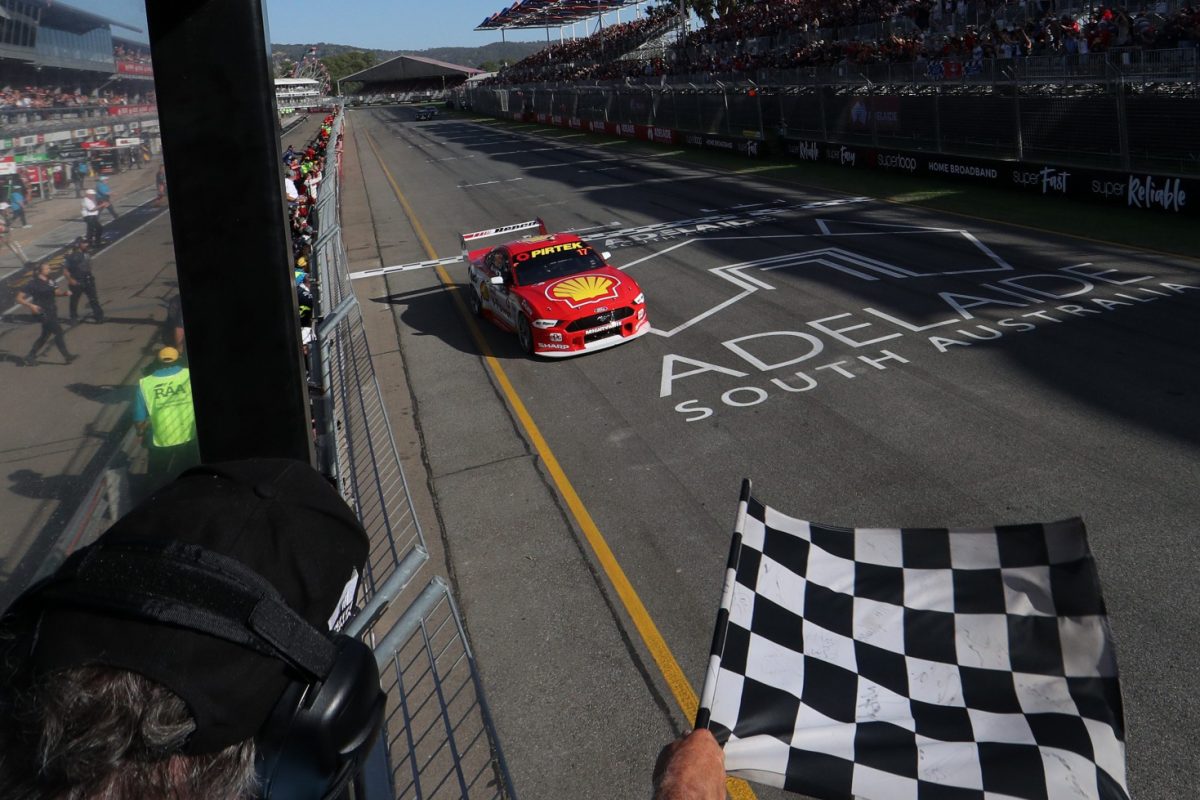 The Superloop Adelaide 500 will host the 2020 Supercars season opener

The Superloop Adelaide 500 will continue as the Supercars season opener in 2020 following confirmation of an earlier date slot for the popular event.

Next year’s visit to the South Australian capital will take place a week earlier with the four day event held from February 20-23.

While contracted to host the opening event of the 2020 season, its position on the calendar had been under scrutiny as Supercars investigated the prospect of a summer series that could have seen racing begin in January.

Speedcafe.com was told that Supercars had run through several date scenarios with Adelaide organisers.

Minister for Trade, Tourism and Investment, David Ridgway believes securing the Adelaide 500 as the 2020 season opener is a real coup for the state.

This year’s event attracted an estimated 254,000 fans including 90,000 on Sunday that concluded with a concert headlined by the Red Hot Chili Peppers.

“The Superloop Adelaide 500 is a world-class motorsport event which has injected more than $600 million into the state’s economy since its inception, created more than 400 full- time jobs and regularly attracts crowds of more than 250,000 visitors a year,” said Minister Ridgway.

“Securing the season opener is a real coup for the state and reaffirms our reputation for delivering exceptional events.”

Supercars CEO Sean Seamer added: “As one of the country’s largest and most successful major events, the Superloop Adelaide 500 is one of the standouts of our racing season each year.

“The incredible range of entertainment on and off track as part of a month of festivities in Adelaide sets it apart as a great celebration for the City.”

Adelaide 500 organisers are in the process of locking down race formats and its support bill which is expected to be released later this year.

The event may see the return of Stadium Super Trucks following the revelation that the series is in talks with the Confederation of Australian Motor Sport to lift its licence suspension.

Supercars has been working to lock in its 2020 full calendar by the end of June with its release now expected to be early July.

Earlier this month the series announced a new deal with Tasmanian Government to ensure Symmons Plains remains on the calendar until 2023.

Next year’s schedule will also see the return of Sydney Motorsport Park which is set to host a night race.

However, there are several races up for renewal with this year being their last of current agreements.

Perth’s Barbagallo Wanneroo Raceway is understood to be in talks to secure a new contract which could see the Pirtek Perth SuperNight return after its successful debut, ensuring there would be at least two night races on the calendar.

Meanwhile, Winton is pushing for a new deal and the future of Phillip Island is yet to be secured.

The same can be said for Townsville 400, Gold Coast 600 and Sandown 500 with all three events in the final year of agreements.