Winslow to return to Le Mans 24H in late call-up 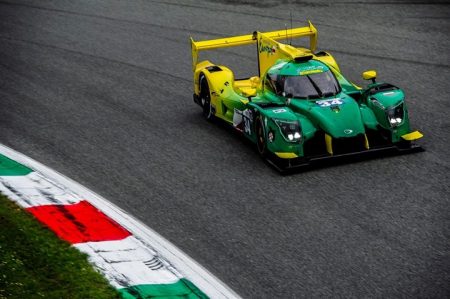 James Winslow will contest this year’s Le Mans 24 Hours after receiving late call up for next month’s French endurance classic.

The British-born Australian will pilot the #34 Europol Competition Team Gibson LMP2 following the withdrawal of French driver Léo Roussel after suffering a fractured vertebra in recent crash at Monza.

In ironic circumstances, this will be Winslow’s first Le Mans 24 Hours since he sustained fractures to his spine in a horror shunt at Abu Dhabi in December 2017.

The two-time Australian Formula 3 champion is now set join Pole Kuba Smiechowski and Brit Nigel Moore for a fourth tilt the twice around the clock endurance from June 15-16.

“I’d really like to thank the Inter Europol Competition Team for what will be my fourth Le Mans 24 Hours event,” said 36-year-old, Winslow.

“The team is exciting and after battling against them for victories last year, I look forward to battling together now for them.

“It’s ironic as I will be replacing a driver who has suffered the exact same back injuries as myself just 16 months ago.

“I will do Leo proud and be thinking about him and I wish him a very speedy recovery.

“Now I look forward to the Le Mans 24 Hours with a great team and can’t wait to join forces with the other drivers in the car to fight for the podium at the infamous Le Mans 24 Hours.”

Winslow finished 18th in the LMP2 class in his last attempt at the Le Mans 24 Hours driving for French squad Graff Racing.