Vettel: SF90 not as bad as it looks 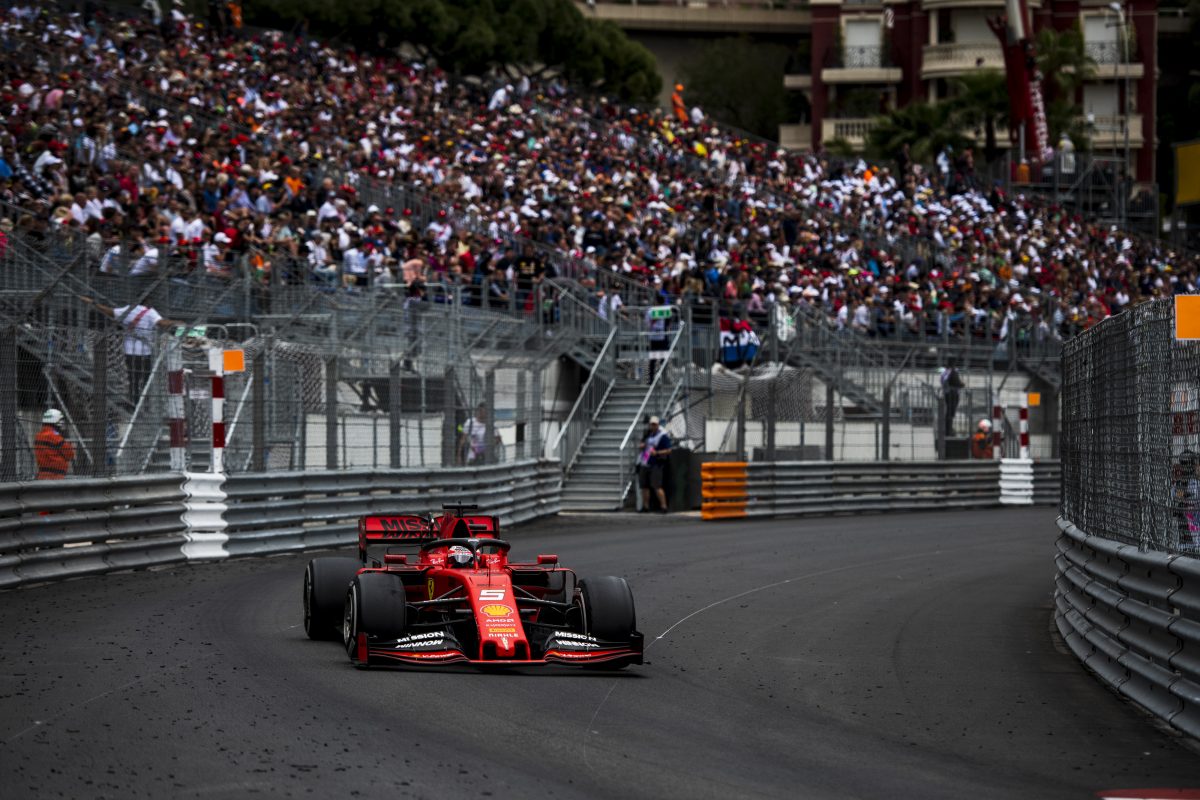 Sebastian Vettel believes that the Ferrari is not ‘as bad as it looks’ even if the team was flattered by his runner-up finish in Monaco.

Vettel was officially classified second in The Principality, the highest finish for any driver outside of Mercedes’ Lewis Hamilton and Valtteri Bottas in six Formula 1 races this season.

However, he had actually crossed the finish line third on the road due to a time penalty for Max Verstappen, with Bottas a spot behind the red car primarily due to Verstappen’s pit lane indiscretion.

Having been handed that break by the Red Bull being sent into the path of the #77 Mercedes in the pits, Vettel believed he could comfortably keep Bottas at bay.

The German did reveal, however, that Ferrari is still trying to track down the elusive ‘grip guy’ having experienced difficulty in making the best of its tyres.

“I saw that Valtteri was faster but there was no way he was going to pass, as our straight line speed is really good,” he said.

“It’s just because overall we are lacking downforce, a weakness that we know.

“I don’t think the car is as bad as it looks. The results should be better here and there but it’s very difficult for us to get the car in the window where it is happy.

“Certainly, when we get it in there we’re more competitive, but still a way from where we want to be. That’s really the key lesson; we need to focus on trying to get the car short-term more in that window.

“Looking forward for the next three, four, five races, obviously make sure we improve the car, put more grip onto the car so that we can go faster, simple as that.

“But that guy seems to hide fairly well. I don’t know exactly where he is right now, so if you find him, or if you’ve got his number, that grip guy… but we’ve been looking for him for a while.

“I don’t think there are any secrets we will be able to unveil. As usual, attention to detail and a lot hard work is the only way to get us up.”

Despite his comments about the SF90, Vettel was also willing to accept his share of responsibility for Ferrari’s underwhelming performance so far.

“I’ve had some difficult moments this year where I’m fighting the car, I’m not really entering yet to the level where I feel a lot more comfortable and I feel comfortable to squeeze out more performance from the car. But I think it’s linked to the fact that we struggle to put our car in the right window.

“Once it is there, it is feeling better and you’re able to build up on that but it doesn’t happen very often but it’s a combination of things. I think first we are lacking overall performance and that overall performance would help us probably to put the tyres more often in the window they would like to be in.

“I think it’s not a secret, by now, after six races that these tyres this year seem a bit more critical to get exactly into that window.”

Vettel leapfrogged Verstappen to sit third in the drivers’ championship leaving Monaco, but is still 38 points behind Bottas.

Ferrari is an even more distant 118 points back from Mercedes in the constructors’ race after Charles Leclerc’s charge from 15th on the grid in the other SF90 ended with an early crash.

Round 7 is the Canadian Grand Prix on June 7-9.

Next Story Lauda laid to rest in Vienna