No ‘embarrassing’ tyre squeal the best thing about SuperUtes upgrades

No ‘embarrassing’ tyre squeal the best thing about SuperUtes upgrades 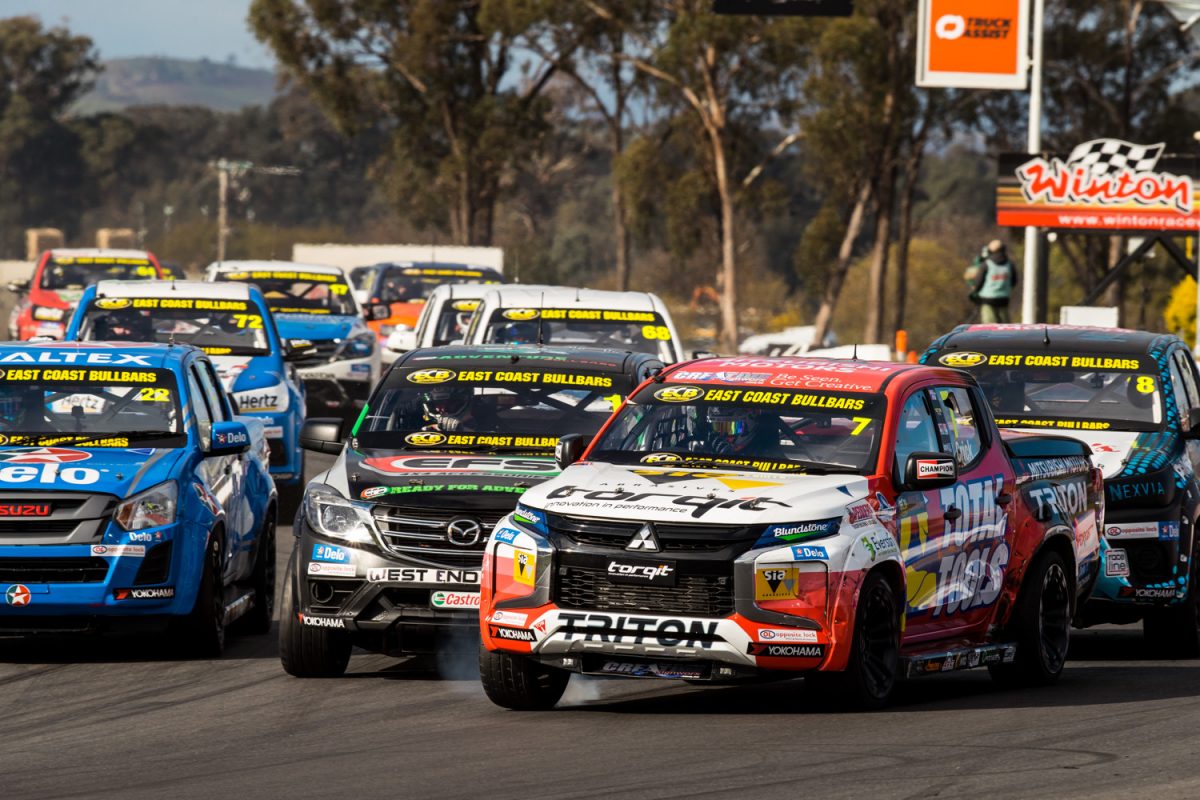 Inaugural ECB SuperUtes Series winner Ryal Harris believes that the “best thing” about the category’s new wheel and tyre package is the loss of the “embarrassing” tyre squeal.

Round 3 of the second SuperUtes season at the Truck Assist Winton SuperSprint saw the introduction of a new, R-spec Yokohama tyre and a wider Hussla wheel.

The lower profile of the tyre saw the utes lowered another 45mm after dropping around 10mm of wide height due to suspension upgrades prior to Round 2 at the Pirtek Perth SuperNight.

Teams are now also allowed to run greater negative camber and lower tyre pressures as a result of the most recent changes, and Harris believes that the utes are much better race cars as a result.

“The car is a lot more stable,” he explained.

“In dry conditions, the car can definitely go a lot deeper (into corners).

“(It’s much) better on the braking with the increased grip, more corner speed obviously, and we’re three seconds faster.”

Harris the Winton SuperUtes practice record by over three seconds with a 1:39.7904s in Practice 1, after Tom Alexander took pole a year prior with a 1:43.2287s (following two wet practice sessions).

Mechanicals have been updated regularly since the category’s inception at Adelaide in 2018, and while the lap speed has jumped in the 12 months since last year’s Winton round, Harris highlighted the effect which the new tyre has had on the sound.

“The best thing we have found is that there’s no more tyre squeal,” he noted.

“I think that was the most embarrassing part about the old tyres, just how much noise they made. It’s good that has gone.

“Hopefully the rims can withstand the roughness of ute racing. We already have a dint in one of the rims so it’s obviously one of the biggest concerns.

While Harris has competed in SuperUtes and its predecessor, V8 Utes, for 15 years, Toby Price had not raced one for 12 months prior to last weekend’s Winton round due to offroad commitments with KTM and the wrist fracture he aggravated as he won the Dakar Rally for a second time this year.

The Mitsubishi ambassador could certainly feel the difference on his return to the Sieders-run Team Triton Racing, and highlighted the greater grip on offer from the new tyre.

“We (drivers) are happy with the cars, they’re definitely handling a lot better, and they’re getting more exciting,” said Price.

“It’s been really good for us. It’s what the series definitely needed.

“The (old) tyre never really came on. Now we’re starting to find, in two to three laps, the tyre starts to get a bit of warmth and a bit of grip to it. You can start to get ‘in that zone’ from laps three through to eight and nine where it sticks really well.

“It’s going to be a good thing for the sport and hopefully it will build a grow from here.

“The only thing we need now is more on the grid and then it will become entertaining racing.”

Round 4 of SuperUtes supports the Watpac Townsville 400 on July 5-7.