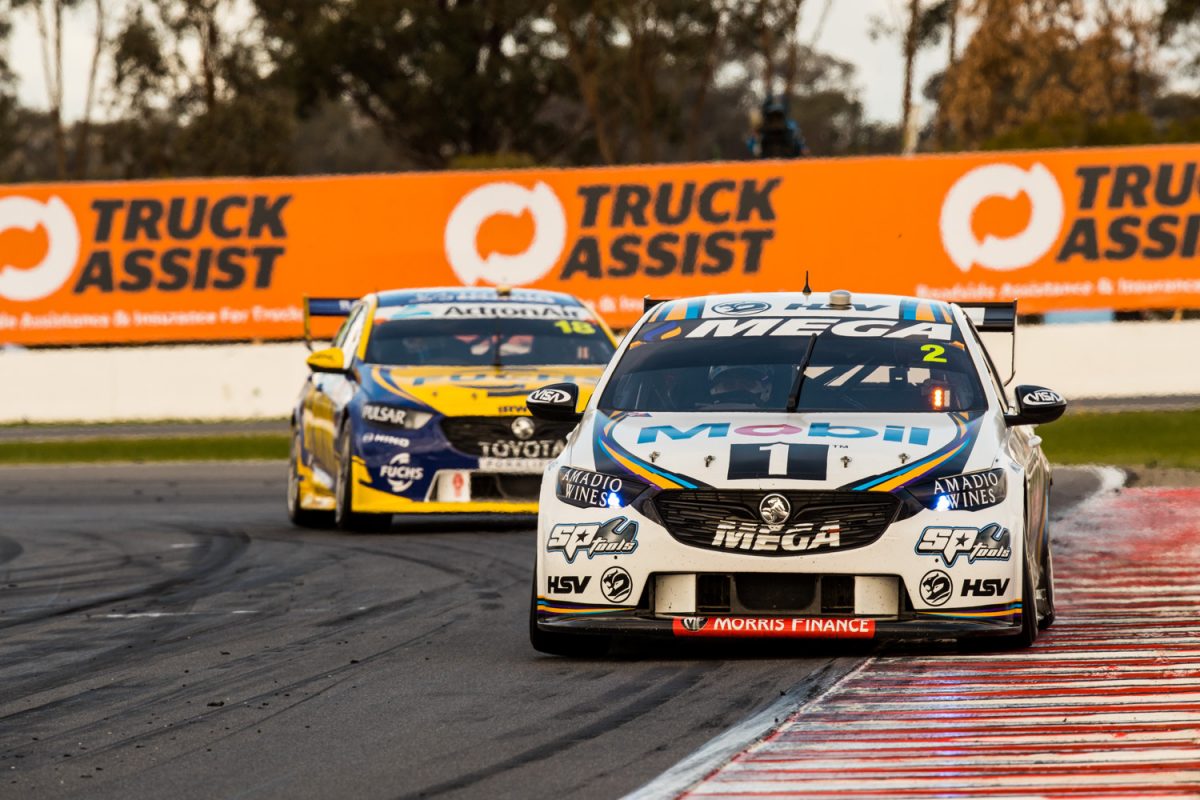 The Mobil 1 Mega Racing outfit underwent an engineering shake up at the Victorian circuit with co-team principal Mathew Nilsson and technical chief Carl Faux drafted in to directly help engineer the cars of Scott Pye and James Courtney respectively.

A decision to enlist the duo was carried out to help turn around the squad’s fortunes, which hit a low at the Pirtek Perth SuperNight earlier this month.

Boosted by a productive test day at Winton in the lead up to the event, the team recorded its best result of the year to date with Courtney finishing fourth after briefly leading Race 13.

Meanwhile, Pye claimed a pair of top 10 results with a 10th, followed by an eighth on Sunday, as Courtney ended his weekend with an eventful run to 13th spot.

After declaring the team has made a step forward, Nilsson has confirmed the set-up will continue at the BetEasy Darwin Triple Crown.

‘I think it’s gone well. It will continue for the next round,” Nilsson told Speedcafe.com.

“Fundamentally, the same staff are still involved, still the same group of engineering people, getting stuck into improving the performance of the car.

“Obviously we’ve tidied up a little bit, or made some changes to help the process and put some people into areas that they have got some good strengths, and you know, give Carl the opportunity to learn the cars a bit more in his role.

“So, it will definitely continue, (as it has) given us some good signs, a solid test day, we will continue that work here.”

“We’ve had over the four opportunities, three in the top 10, so from where we’ve been the last few rounds I think that’s a step forward, (but) obviously we want to be higher up,

“For JC (James Courtney) to be in fourth was a big step forward and he qualified well.

“We went backwards a little bit with Scott, which was unfortunate, but then moved back forward again.

“It’s a ‘pass’ but you always want to be better, but we’ve got to continue, Darwin is the next challenge.”

Despite the strong haul of points from Winton, the team remains seventh in the standings some 409 points adrift of its next target, Tickford/Milwaukee Racing.

The squad will now regroup for the trip north to the BetEasy Darwin Triple Crown from June 14-16.