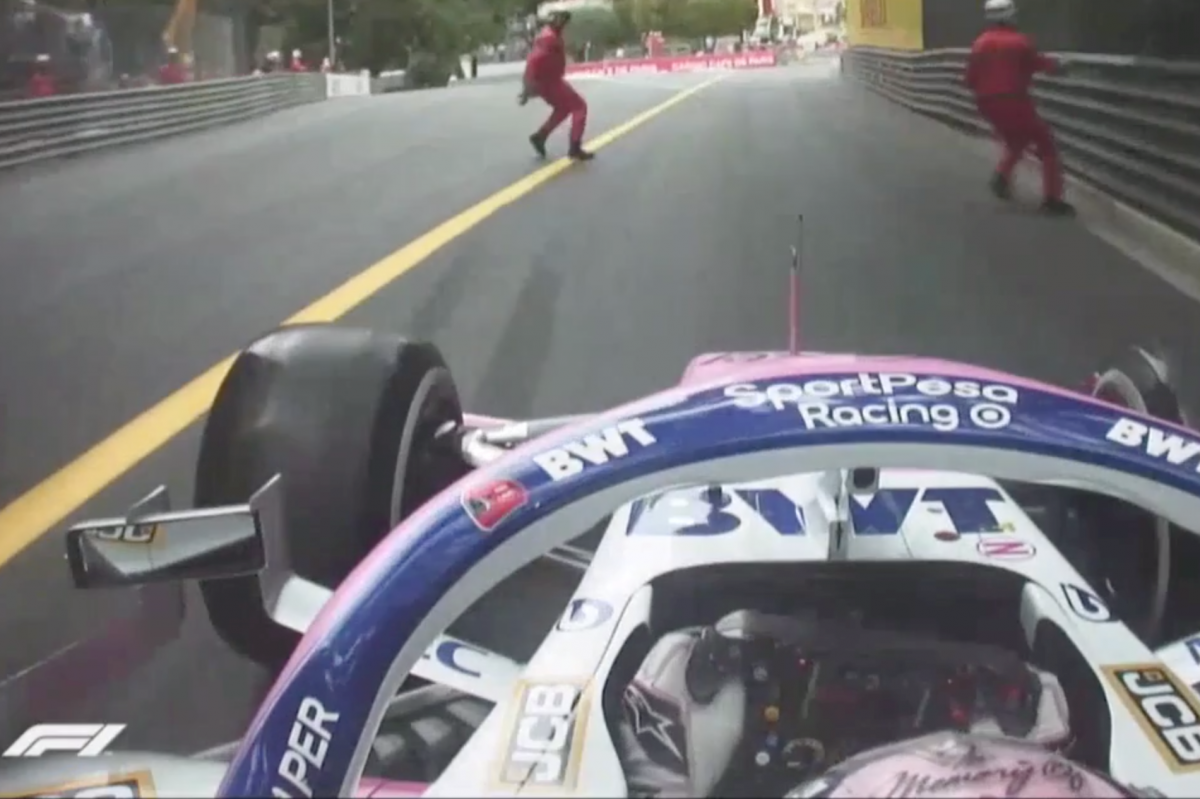 Sergio Perez has expressed his relief at just avoiding two marshals who ran across the track in front of him during the Monaco Grand Prix.

Perez was exiting pit lane under the race’s early Safety Car period as marshals ran across the track at Sainte Devote.

One scrambled to the inside fence while the other stopped leaving enough room for the Racing Point to thread between the pair.

“Man, what was wrong with those marshals? I nearly killed him,” said Perez on his radio in the moments after.

Post-race, he recounted the frightening incident.

“I don’t know if you saw but in the Safety Car, I had a marshal running and I nearly ran over him, coming out of the pits in Turn 1,” he said.

“They were running back and I was coming out of the pits.

“I had to brake and was very lucky; they were lucky I avoided them.

“They’re usually very good, but it’s safety at the end of the day, and most important is safety for the marshals and drivers.”

Perez uploaded the footage to his Twitter page after the race.

After this incident, I’m just very happy with the outcome of my day. That we all can go back home safe and sound with our families. For the safety of the marshals I hope it never happens again! 🙏 #MonacoGP #Checo11 pic.twitter.com/PP8Me3Frlz