Truex Jnr comes out on top in Caution-filled Charlotte 600 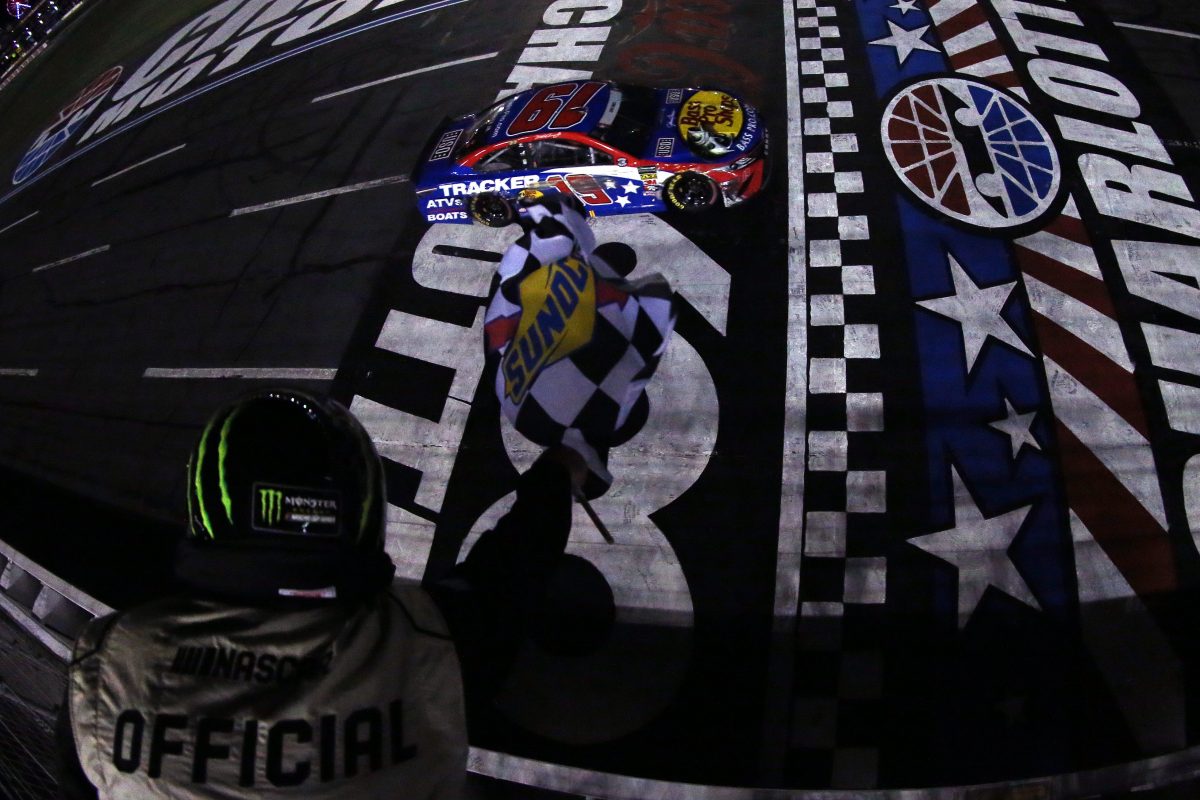 Martin Truex Jnr has come back from contact with the wall to win the 600-mile NASCAR Cup Series race at Charlotte Motor Speedway.

The 2017 NASCAR champion started NASCAR’s premier night race from 14th position and scrubbed the outside wall towards the end of Stage 1 on Lap 74.

The 39-year old’s Toyota had a suspected tyre issue, and he was forced him to return to pit road for an unscheduled stop.

There were 16 Caution periods in the 400-lap, allowing Truex Jnr to make his way towards the front end of the field again.

Team Penske’s Brad Keselowski brought out the Caution with 10 laps to go after spinning into pit road with a deflated tyre, setting up a grandstand finish.

Truex Jnr jumped away brilliantly from fourth position to take the lead of the race for the final time with a four-wide pass on the back straight, then keep the field at bay to secure his second Charlotte 600 victory in four years.

Truex Jnr sits seventh in the standings with three wins next to his name this season, including his victory from the back of the grid in Dover.

Next Story Kyle Busch notches up fourth win of season