Power furious over ‘disgrace’ of a penalty

Power furious over ‘disgrace’ of a penalty 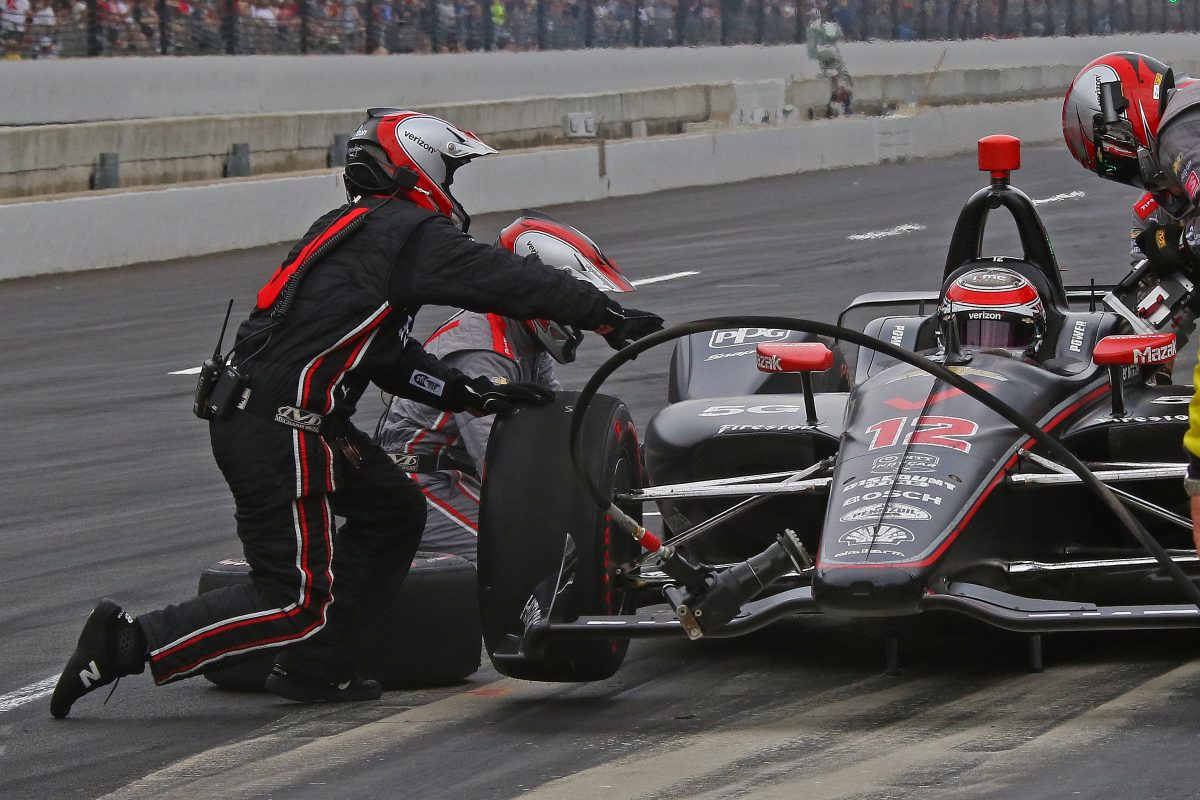 Will Power in the pits during the Indianapolis 500

Will Power ultimately finished a commendable fifth in the Indianapolis 500 but was left furious by a penalty which forced him into the comeback drive from 21st.

Power set himself up for a shot at extending his reign at The Brickyard for another year by qualifying sixth, but it was not to be.

The Queenslander had made a good start from the outside of the second row and zipped past Ed Carpenter into second place on a Lap 10 restart.

He maintained second behind eventual winner Simon Pagenaud until he made his second pit stop of the day on the 68th lap.

The rear brakes of the #12 Chevrolet locked as Power pulled into his box, and the left rear tyre barely grazed the crew member working that corner of the car when the back end skidded.

The Penske team had to push the car into proper position in order to provide service and the slow stop cost the Toowoomba native a position to Carpenter.

IndyCar officials penalised the pit infraction by ordering Power to drop to the tail of the lead lap cars during a full course Caution a few laps later.

That triggered a major comeback drive from 21st place.

“They ruined my day for no reason,” fumed Power.

“Wait until I see them.

“What a disgrace, to ruin someone’s day for no reason.

“It was a really bad call. Shame on them, man.

“It’s a disgrace that these guys control what happens on the track and I’m not really happy at all.”

Prior to his pit lane issue, Power was at the front of the field on Laps 32 and 67, making this the seventh consecutive Indianapolis 500 that he has led.

That ties the event record held by Tony Kanaan.

Power still lagged in 15th place with 50 laps remaining, but was able to pass several cars and he also benefitted from a Lap 178 crash that eliminated five drivers.

He was pleased that fellow Team Penske driver Pagenaud achieved the victory, but couldn’t shake the disappointment of the pit penalty.

“It was a great battle at the front there, watching those guys go at it,” said Power.

“Simon deserved it. He was better than everyone else.”

Power wasn’t the only Australian to salvage something impressive from a pit lane setback, with James Davison managing to post a career-best 12th place finish.

The Melbourne native lined up 15th but quickly moved into the top 10 in his #33 Belardi Auto Racing Honda.

Davison’s day almost turned disastrous during his first pit stop on Lap 36 when he was tapped into a spin by three-time Indy 500 winner Helio Castroneves.

The Brazilian was assessed a drive-through penalty and he never recovered, finishing a lap down in 18th place.

Davison dropped to 30th place and embarked on a gritty comeback drive.

He improved on his prior best finish of 16th position at Indianapolis (2014, in his first start) just a year after finishing 33rd and last.