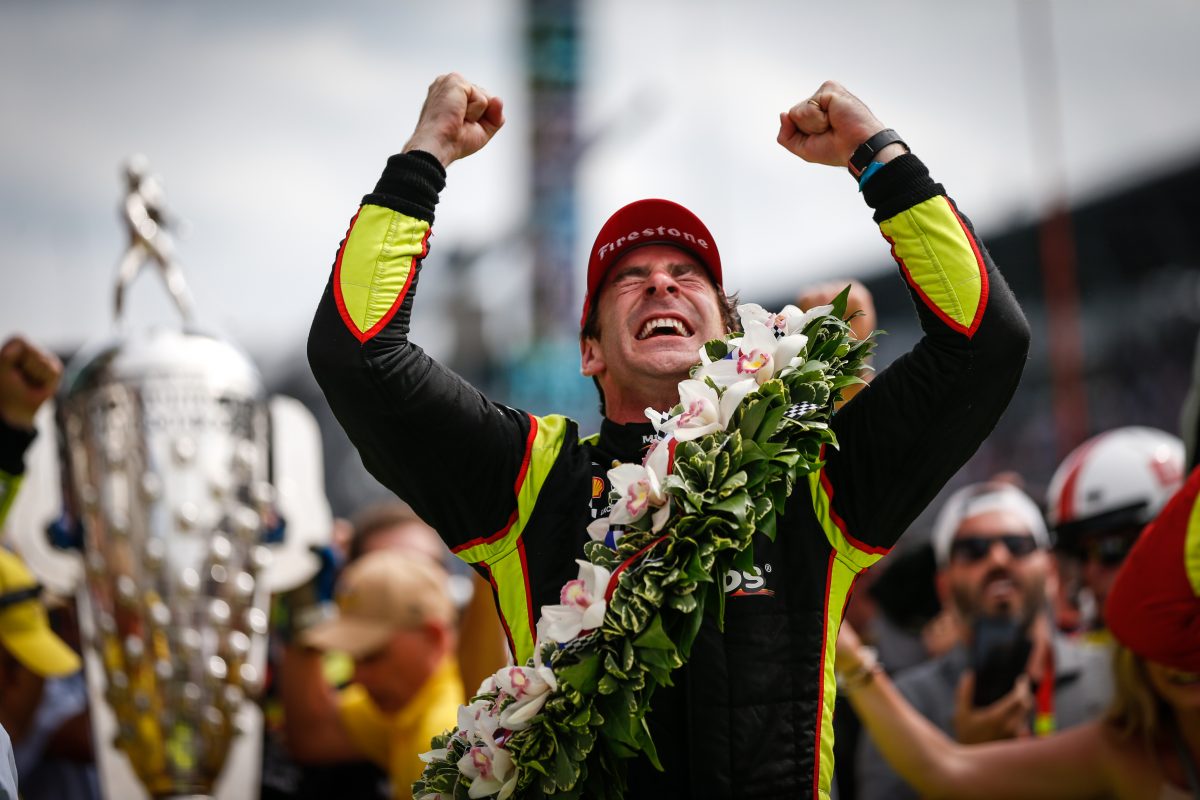 Simon Pagenaud has reflected on the peculiarity of the long-running form slump which he has now bounced back from with back-to-back wins, including the biggest of them all.

Pagenaud’s job security at Team Penske was still being questioned in recent months but he can now count himself as an Indianapolis 500 winner after triumphing over Alexander Rossi in a 13-lap shootout.

The 2016 IndyCar Series champion suffered through a winless 2018 season as he struggled to adapt to the characteristics of the series’ redesigned spec chassis.

His travails continued into early 2019 and he failed to qualify higher than 13th and finish better than seventh in the first three races of the season.

At Long Beach, he qualified fifth and finished sixth, then won the IndyCar Grand Prix on the Indianapolis Motor Speedway road course two weeks ago for the third time in six years to break out of his slump.

The 34-year old then claimed pole position for the Indianapolis 500 before leading 116 of 200 laps on the way to a tense victory.

Pagenaud took the lead for the final time on the penultimate lap and held on to win by two tenths of a second.

“This is the biggest dream of my life to come true,” said the Frenchman.

“It’s hard to fathom, really. It’s really hard to process it right now, but I’m just filled with a lot of joy.

“I drove really spirited today, and I think it showed I had the best car out there.

“What a day. Wow, incredible!”

“What do you think? Absolutely,” said Penske when the question was put to him.

“He’s on our team. He’s one of our drivers. You’ve seen that. That was scuttlebutt.”

Pagenaud admitted that he was concerned when Rossi took the lead as they started the 197th lap but he confidently regained the lead on the 199th tour, then aggressively defended his position over the last lap and a half.

“Obviously in racing, you need a little bit of luck on your side,” he said.

“You need everything to go your way, and so it did today.

“I could do nothing wrong today, quite frankly. And sometimes I can’t do anything right.

“It’s just you have to accept that there’s a little bit of mystery out there that you can’t control.

“All you can do is the best you can, and extract the best out of yourself in every situation.

“The rest, it sorts itself out really.”

Rossi refused to complain about Pagenaud’s blocking tactics as his bid for a second Indianapolis 500 crown fell just short.

The Honda engine appeared to have slightly less top-end power than the rival Chevrolet in superspeedway specification.

“We just didn’t have the straight line speed,” lamented Rossi.

“There’s not much we can do about that from my side inside the car.

“They were on pole and he led probably 70 percent of the laps.

“Yeah, he was moving in reaction for sure, but it’s the last lap of the Indy 500, and they’re not going to do anything about it.

Pagenaud went into the race as the favourite, and he backed up that status with his savvy performance.

He vaulted into the IndyCar Series points lead after sweeping the Month of May activities at Indianapolis.

“Today was about attacking,” he commented.

“Obviously, everything played for us really well.

“The stars, like I’ve been saying, have aligned this month, incredibly, but especially today.”

Next Story Power furious over ‘disgrace’ of a penalty