Hamilton was going to ‘crash or finish’ on ‘dead’ tyres 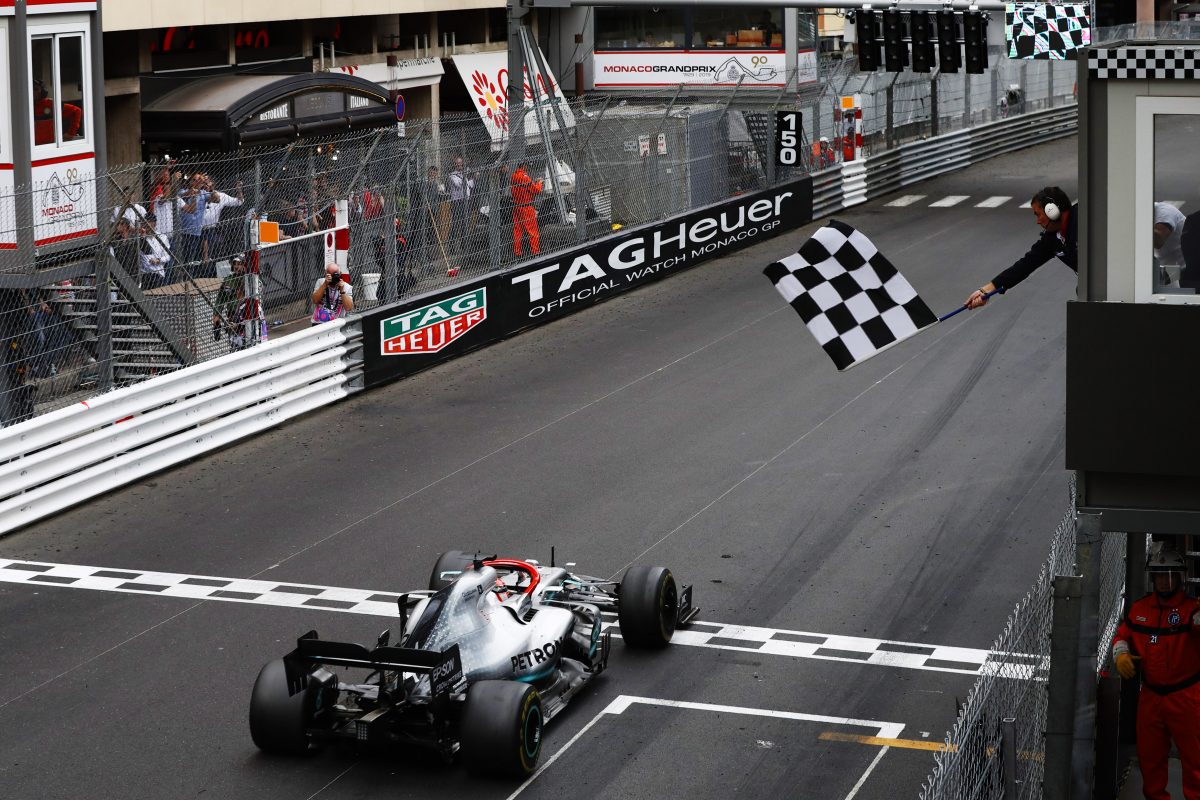 Monaco Grand Prix winner Lewis Hamilton says that he had no plans to pit despite concern over his badly worn tyres and would “crash or finish”.

Hamilton found himself the only driver in the top four on medium tyres when the front-runners filed into the pit lane under the race’s only Safety Car, called on Lap 11, and was soon struggling on that rubber.

Despite increasingly frantic radio messages from the Mercedes driver to his race engineer Pete Bonnington, and a blowtorch from Max Verstappen, Hamilton held on for 64 racing laps on the yellow-banded tyres.

The Brit even told Bonnington “You need to hope for a miracle” with more than 20 laps remaining, and at one stage described his tyres as “dead”, but claimed post-race that he was not going to pit again.

Hamilton alluded to the Monaco Grand Prix of 2015, when he pitted from the lead under a late Safety Car and ultimately finished third, as reason to persevere in the hope of getting home with the hard tyre-shod Red Bull still behind him.

“I was never going to come in,” he said.

“A few years ago I was in the lead and then I’ve come in and learned the hard way as I lost the race.

“I wasn’t going to come in. I was going to crash or finish. I was driving around on nothing, you can see how much understeer I had, the car wasn’t turning.

“Ultimately it was the wrong tyre. Nonetheless this team has done an incredible job, what we have achieved in these first six races is remarkable.”

Mercedes Team Principal Toto Wolf said that Hamilton ‘saved’ the team from what proved to be a strategic error.

😂 “That’s for putting me on the medium tyres for 68 laps!”#MonacoGP @LewisHamilton pic.twitter.com/H565yiiWyR

“I’ve just had a chat with (strategist) James (Vowles) and obviously it was the wrong call,” admitted Wolff.

“We thought the tyre would make it to the end but it didn’t. He saved us; his driving saved us. It’s something which we really need to analyse.

“What was calculated was that the medium would make it, if we were to change on Lap 15 or 16, with the right management. So being in the lead that was a pretty straight strategy.

“It didn’t even seem like a huge stretch, but we realised 20 laps into the race that on the left front some graining appeared and he started to complain about it, the understeer that resulted from the graining. It was clear that it would get very, very difficult to make it to the end.

“So we had quite some discussions about the tyre lasting another 40 laps, and I was reminded that it was only 20 laps of a normal circuit so calm down a bit.

“But everybody knew that it was going to be a huge stretch and even probably 20 laps from the end he had zero percent rubber left on the tyre with massive understeer on the slow speed. You could see around Loews the car wouldn’t turn anymore.”

Hamilton was forced to play defensive into Loews in the final 10 laps but it was at the Nouvelle Chicane on Lap 76 of 78 where Verstappen, who had to pass to just stay in the podium positions having incurred a five-second time penalty for an unsafe pit release, chose to have a lunge.

The Dutchman pinched his brakes and touched the Mercedes, causing him to cut the right-hander and Hamilton to straight-line the complex altogether, although stewards ultimately took no further action.

“It was close, a bit of a late dive, luckily I saw him last-minute,” recounted Hamilton of the incident.

“But he wasn’t really… I think his front wing was alongside my rear wheel, so he wasn’t fully past.”

Verstappen explained: “I couldn’t really plan because I was always so close at the hairpin but all the time out of Turn 8 I just lost the momentum.

“At one point I just thought ‘Let’s have a go and see what happens’.

“We had this little touch but under braking you normally don’t look in your mirrors already and they are also difficult to see though, there was no-one to blame. I don’t think there was any damage.”

He took the chequered flag half a second behind Hamilton and was officially classified in fourth position.