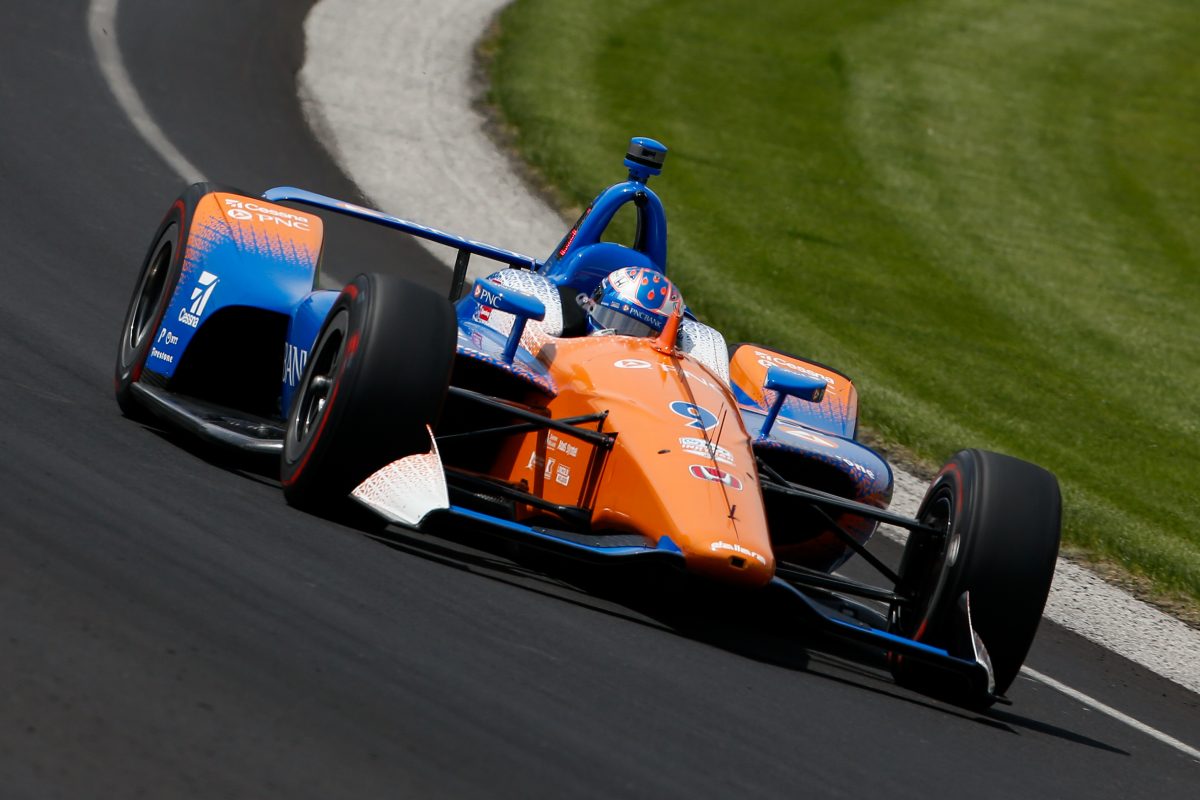 Scott Dixon has explained how accident damage robbed him of his pace after an extremely promising run into the second half of the Indianapolis 500.

The 2008 Indianapolis 500 winner achieved the best fuel mileage in the field in the first two thirds of the race, but Chip Ganassi Racing’s strategic gambit failed to pay off.

Dixon had stretched a remarkable 12-lap advantage on fuel mileage over dominant leader Simon Pagenaud through the first three stints, but he was caught out by a full course Caution that flew on Lap 138 when Marcus Ericsson spun and tapped the wall while entering the pits.

The poorly-timed yellow dropped the New Zealander to ninth place and he went backwards from there.

“I thought during the first half that our PNC Bank Honda was really good and we kept extending our pit windows,” said Dixon.

“I think we were probably going to eliminate a stop, which was going to put us in a great position.

“Then that yellow flag (on Lap 138) just hosed us. It dropped us to the back of the field, where we just got caught up in that accident.”

Dixon was running 11th when his car was hit from behind as he slowed for an accident ahead of him triggered by Graham Rahal and Sebastien Bourdais that eliminated five cars.

Fighting difficult handling due to chassis damage sustained in the incident, Dixon plummeted to 17th position, the last car on the lead lap.

“Someone hit us pretty hard and broke the right side of the floor,” he explained.

“It also took the gearbox control unit out, so I was stuck in sixth gear the rest of the race.

“It was pretty interesting just to be able to finish.”

It was a disappointing ending to a difficult Indianapolis 500 for the #9 Ganassi Racing Honda.

Dixon finished second in the IndyCar Grand Prix on the Indianapolis Motor Speedway road course, but he struggled for outright speed on the oval and qualified 18th, his worst grid position in seventeen Indy 500 starts.

He dropped to fifth in the 2019 IndyCar Series standings, 47 points behind the victorious Pagenaud.