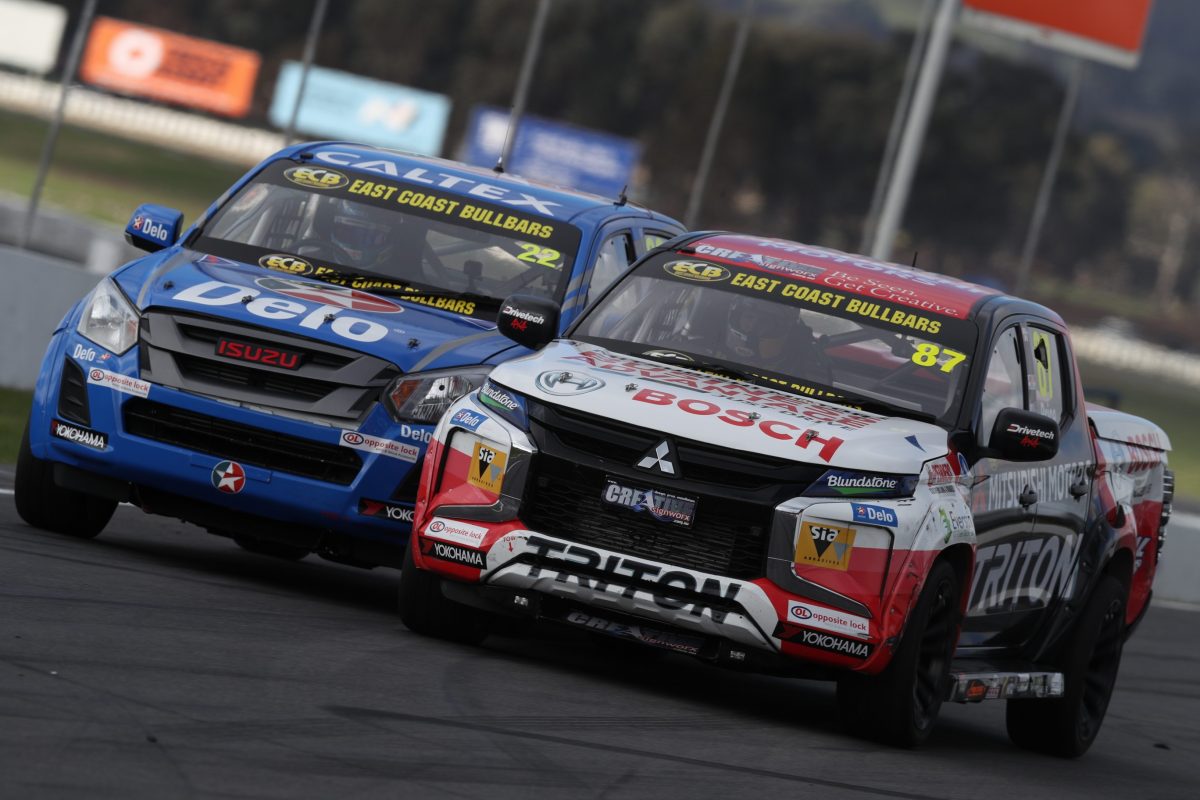 Toby Price is now an ECB SuperUtes Series race winner while Craig Woods found himself on his lid in the final encounter of Round 3 at Winton.

Gerard Maggs’ Toyota Hilux was turned around by Ben Falk (Mazda BT-50) on Lap 2 of the race and with Woods unable to avoid the debutant, his own Hilux went over.

Falk’s team-mate Ryal Harris was also caught up the in the drama and had the front of his BT-50 caved in, after he had already tangled with Cameron Crick (Mitsubishi Triton) on Lap 1.

Price made it three different race winners for the weekend, his first SuperUtes outing of the season, after the Dakar Rally champion survived a one-lap dash to the finish in his Mitsubishi Triton.

Tom Alexander in the sole Isuzu D-Max finished in second while Crick stole a last-second podium from Falk, out-dragging the rookie out of the final corner.

Despite getting caught up in a clash on the first racing lap of the weekend, Alexander will take an extended series lead to Round 4 at the Watpac Townsville 400 on July 5-7. 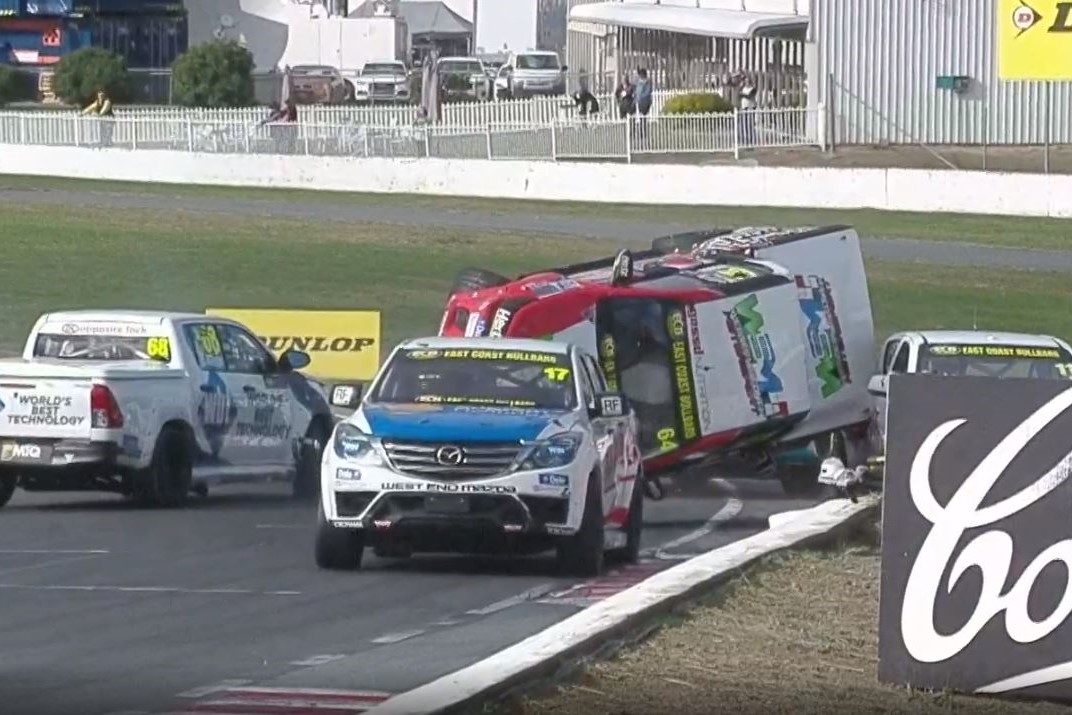