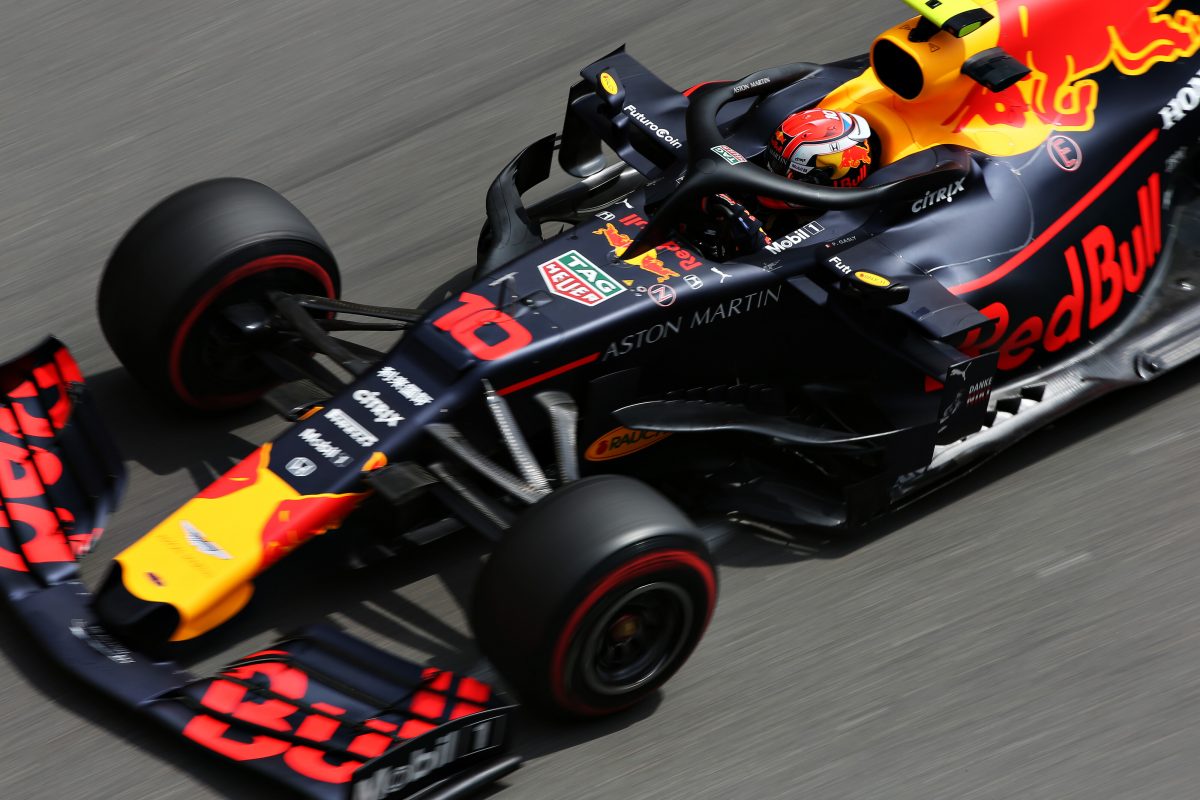 Pierre Gasly and Antonio Giovinazzi have both been handed grid penalties for impeding other drivers during qualifying for the Monaco Grand Prix.

They have each copped three-position penalties, dropping Gasly from fifth to eighth on the starting grid and Giovinazzi from 15th to 18th.

The former has also been issued a penalty point on his licence after he was moving slowly from Casino Square to Mirabeau during Q2, which caused Romain Grosjean to have to lock up to avoid shunting the Red Bull.

Grosjean’s Haas team-mate Kevin Magnussen is the first to benefit, having originally qualified sixth, while Renault’s Daniel Ricciardo moves onto the third row.

“The driver of car 8 (Grosjean) had to brake hard to avoid colliding with car 10 (Gasly), which was clearly going slowly on a preparation lap, and was on the race line,” read the stewards’ report.

“At the time car 8 was clearly the only car on a fast lap in the area, and while the Stewards accepted that it was unlikely that the driver of car 10 had any opportunity in that sequence of turns to see car 8, the team admitted that they had failed to give any warning.

“The stewards therefore determined that car 10 unnecessarily impeded car 8 and imposed a three grid place penalty and consistent with past practice imposed one penalty point.”

Grosjean failed to get out of Q2 and remains 13th on the grid.

Giovinazzi interrupted the other Renault of Nico Hulkenberg near the back end of the circuit in the early stages of Q1.

“The driver of car 99 (Giovinazzi) was between turn 16 and turn 18 when he was warned exceptionally late that car 27 was behind him,” according to stewards.

“At the time he was in the middle of the track and clearly impeded car 27 (Hulkenberg).

“The stewards considered that as the driver of car 99 was on a set-up lap, he had the opportunity to give more room regardless of whether he received a warning from the team.

“Further the team had the opportunity to give a better warning. The stewards therefore determined that the impeding was unnecessary, and ordered a three grid place drop, consistent with past practice.”

Hulkenberg did manage to advance from the first phase of qualifying and is due to start in 11th when lights go out tonight at 2310 AEST.

Next Story 'Brave changes' pay off for Ricciardo in Monaco qualifying