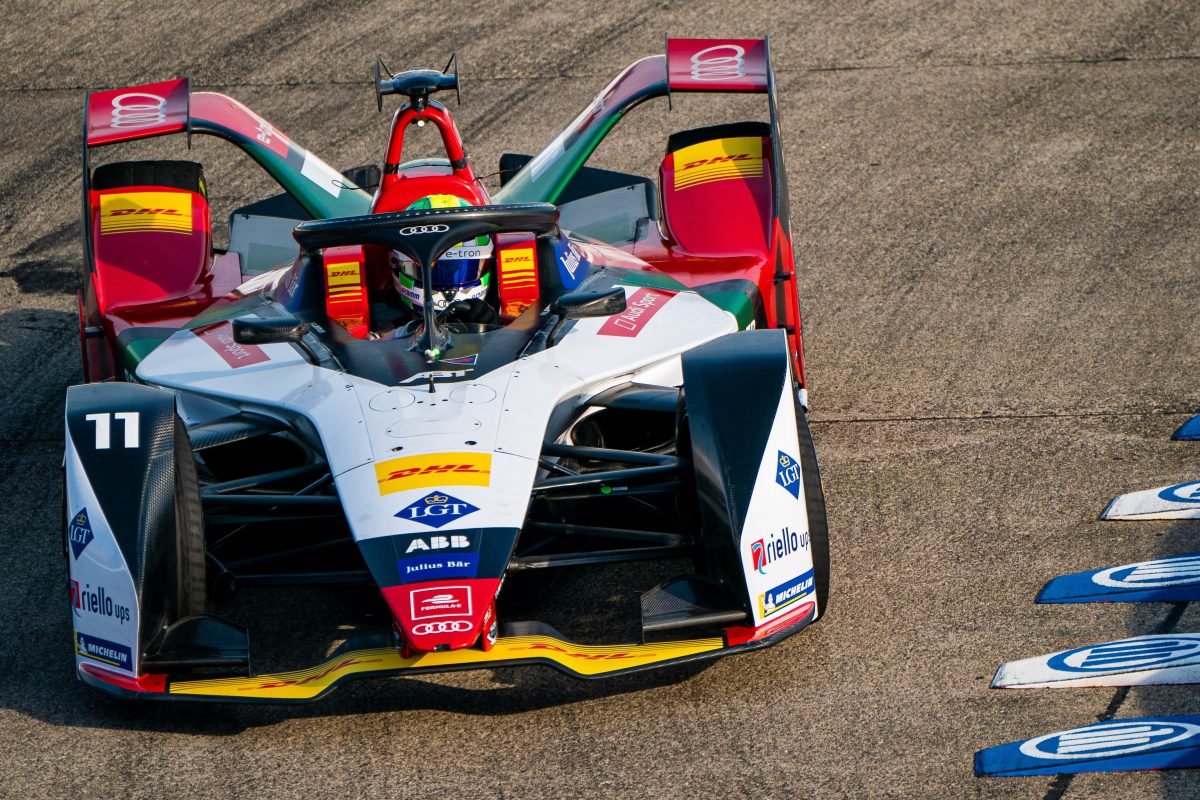 Lucas Di Grassi has moved into second place in the Formula E drivers’ championship after winning the Berlin E-Prix.

Di Grassi kept his Audi Sport Abt Schaeffler car in the lead for most of the race and finished comfortably ahead of Sebastien Buemi (Nissan e.dams) and championship leader Jean-Eric Vergne (DS Techeetah).

Buemi led the pack around the 2.375km Tempelhof circuit for the first five minutes before he was passed at Turn 6 by Di Grassi, who had got by Stoffel Vandoorne (HWA Racelab) at the same corner, three laps earlier on Lap 3.

Di Grassi quickly built his lead to more than a second and was not challenged from that point.

Vergne fought his way through from eighth on the grid to be challenging Buemi by the chequered flag in what was one of the drives of the day.

The race had been shaken up with 15 minutes remaining due to Alex Lynn coming to a halt when his Jaguar’s axle seized, triggering a Full Course Yellow.

Lynn had spent many laps fighting with Daniel Abt (Audi Sport Abt Schaeffler) for fifth prior to that drama.

Most drivers took advantage of the yellow flag to use their remaining attack modes, with nine minutes of the scheduled 45 having remained when the green flag came.

Di Grassi set the fastest lap late in the race to reinforce his lead and, with only six minutes to, go Vergne went on the inside of Antonio Felix da Costa (BMW Andretti), the two slightly touched, Vergne got the better line, and grabbed third.

The final few laps of the race proved quite static but with only two laps to go, Vergne had a higher percentage of power left compared to Di Grassi and Buemi.

He chased them strongly but could not find a way pass Buemi.

New Zealander Mitch Evans finished 12th from 18th on the grid in his Jaguar.

Di Grassi’s win puts him back in the championship fight and makes him the second double winner of the year.

It was Buemi’s first podium this season, and he stated: “It is good, I can’t believe it is only my first one… today we were not quite as quick as Lucas, and maybe not as efficient.”

The next race is the Swiss E-Prix in Bern on June 22.