Home » News » IndyCar » Davison has ‘dream run’ ahead of Indianapolis 500

Davison has ‘dream run’ ahead of Indianapolis 500 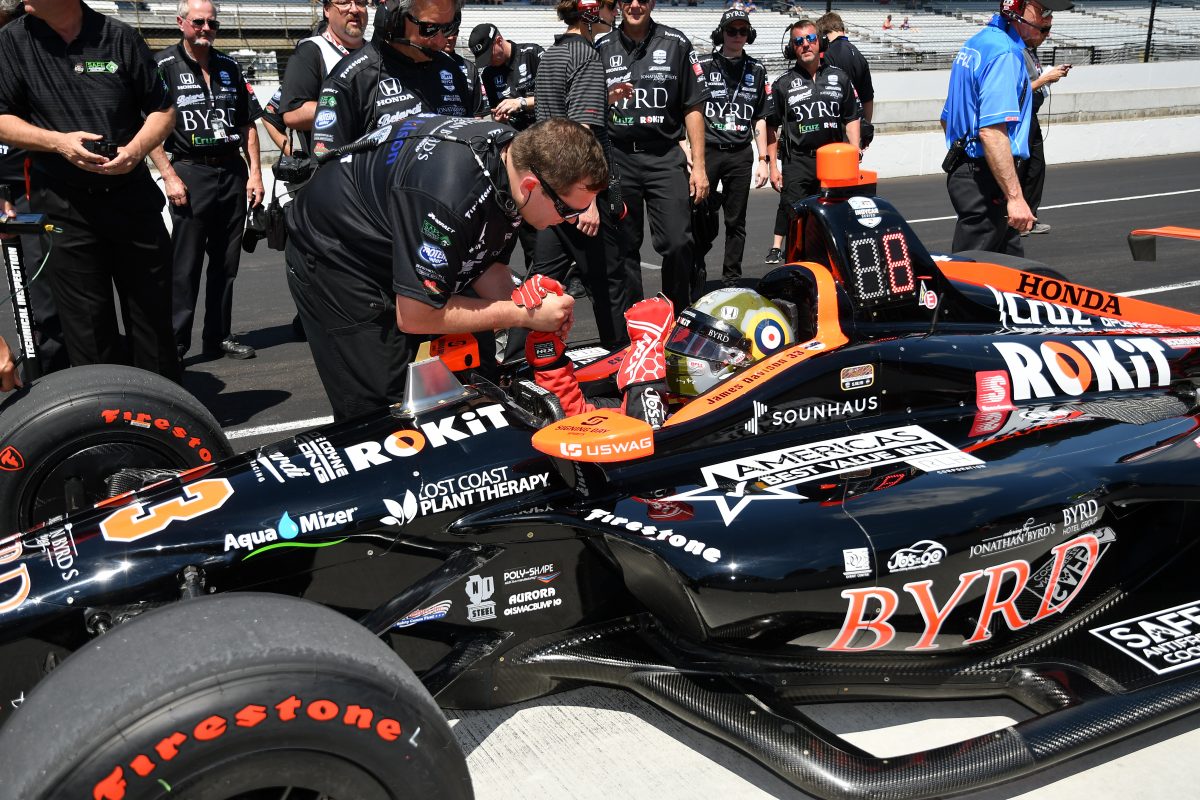 Australian James Davison believes he has had a ‘dream run’ through the month of May so far after a tumultuous campaign a year ago.

Davison qualified 15th for the 2019 Indianapolis 500 in the #33 Belardi Auto Racing Honda, prompting a congratulatory message from his mate, F1 star Max Verstappen.

In 2018, Davison and Belardi were paired with AJ Foyt Racing and the Melbourne native struggled to qualify the Chevrolet powered car.

This year in a car run in conjunction with Dale Coyne Racing (DCR), they have had a trouble-free month, giving Davison great optimism for the race.

“We’ve had pretty much a dream run so far for the #33 team,” he told Speedcafe.com.

“The #18 and #19 guys (full-time DCR entries) built our car at the shop and we’ve been given a very good foundation so the #33 can just plug and play.

“Obviously we’ve had to work on it ourselves, but we were given a very good foundation by DCR.

“Last year when I was at Foyt, it was like ‘Here’s a whole bunch of junk, and it’s your problem.’

“We’ve progressively unleashed our speed, and when it was ‘go time,’ we laid it all out there and punched above our weight by qualifying in the top half of the field with one of the smaller teams.

“But the work is not done and we need to make our car better in race trim.”

Davison showed his confidence was well founded, as he went fifth fastest in the final Carb Day practice session.

“If I want to hold position or move forward, we need to get the front end of the car working better in traffic,” noted Davison.

“It’s a big challenge for all the teams, especially for the smaller teams.

“It’s very hard to pass someone unless there’s a mistake made or someone gets held up or have to check up, and then you have to be in the right place at the right time.

“There are a few cars, maybe 10 to 20 percent of the pack, that can get a big run off Turn 2 or Turn 4 and move forward, and the rest are just circulating.

“It’s easy to get too eager and have a big front-end wash that makes you have to get off the throttle.”

Davison noted that several drivers have complained about the discrepancy between aerodynamic components on the Dallara spec car.

He said his car was much more comfortable running in traffic when he practiced using the nose from Coyne team-mate Santino Ferrucci’s car.

However, that particular nose has been returned to the #19 machine.

“It’s kind of frustrating if you haven’t got the golden egg,” lamented Davison.

“He’s got it back, and he’s happy and he’s passing cars.”

Even without the preferred front wing set-up, Davison is confident he can make a charge into the top 10 but he also knows how quickly it can go wrong for a driver at ‘The Brickyard’.

“In 2017 I jumped in Bourdais’s car, which was a rocket ship, and I went from last to first,” he recalled.

“The next year in the third Foyt car, the speed was never there and we barely qualified.

“We did a good job to move up to 19th but we were in a world of trouble in the race and all I could do was hang on.

“I could have tried harder but I would have crashed like the other seven guys.

“In oval racing, so much depends on your car – Fernando Alonso didn’t forget how to drive.”

Next Story Dixon confident he can race better than he qualified