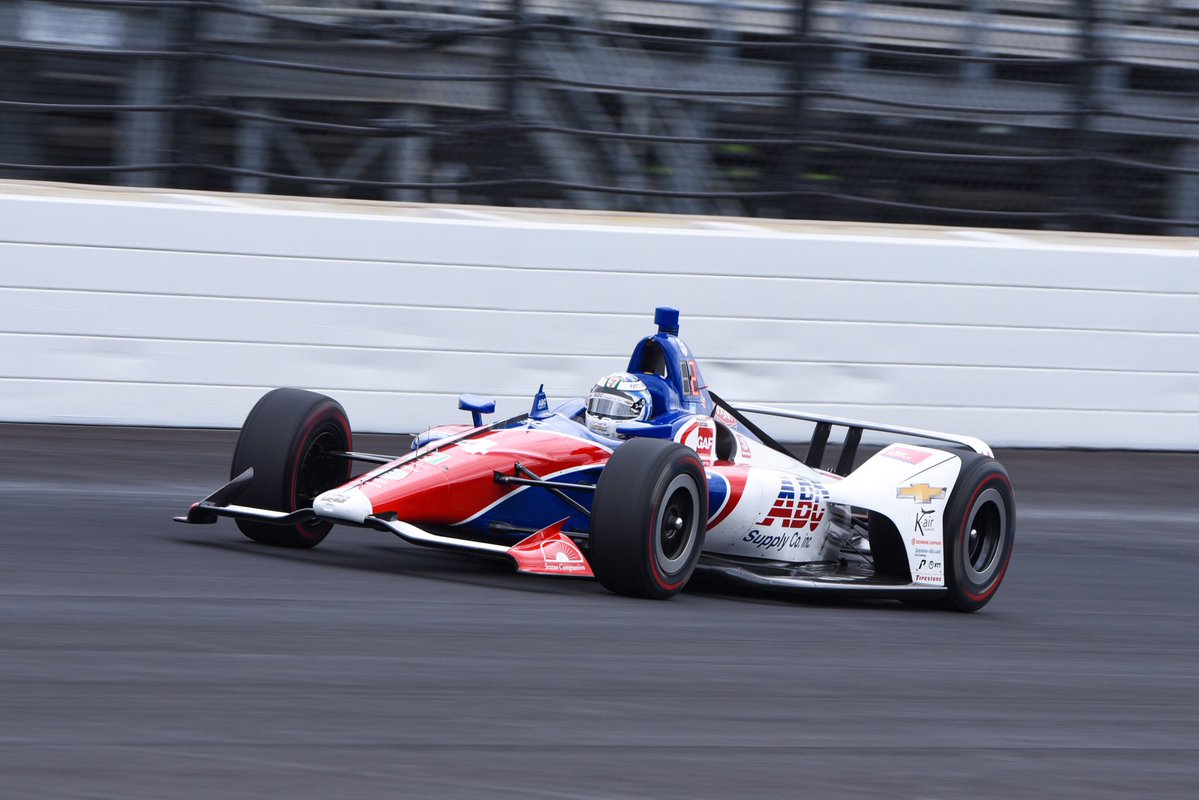 Kanaan and the Foyt team often struggled in 2019 until his team-mate and fellow Brazilian Mattheus Leist broke through for a fourth-place finish two weeks ago in the IndyCar Grand Prix on the IMS road course.

With oval tracks generally Foyt’s forte, it was a morale boost to top the speed charts heading into the biggest race of the year.

“We worked in traffic a lot, trying to find grip and scan through some of the items that we had on the to-do list,” said Kanaan.

“I wasn’t really happy with my car on Monday and I was extremely vocal about it to my engineers.

“I think they heard me because we made it a lot better today.”

James Davison was fifth fastest in the #33 Belardi/Coyne car, just ahead of Sebastien Bourdais in the #18.

Scott Dixon was 19th in a Honda for Chip Ganassi Racing, and declared himself mystified by his car’s performance.

“There is a fundamental issue on the car and we’ll work to find out what happened there,” he remarked in a television interview.

“I hope we find something wrong with the car because it wasn’t great.

“It’s really bizarre, and nothing like we had all month, so we are unsure.”

Next Story Davison has ‘dream run’ ahead of Indianapolis 500