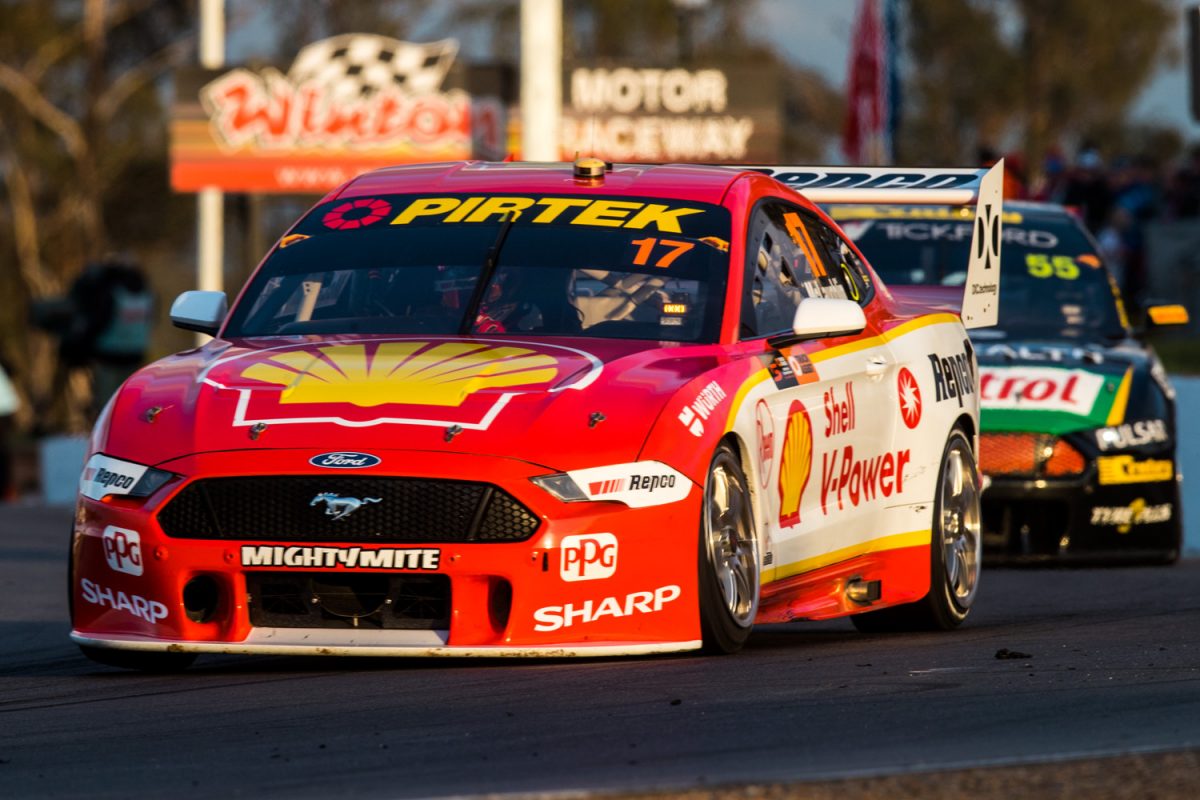 Tickford Racing plans to seek clarification from the stewards after they had expected eventual race winner Scott McLaughlin to receive a penalty for shortcutting the track in the early laps.

Shell V-Power Racing team-mates McLaughlin and Fabian Coulthard fired off the road at Turn 5 after contact between the cars.

Coulthard rejoined the road immediately and received a 15 second penalty for his role in the clash while McLaughlin carried on through the infield and entered the track at Turn 8.

McLaughlin was occupying second when he went off the road and redressed behind race leader James Courtney and David Reynolds, in front of Tickford’s Chaz Mostert.

The incident was investigated by the stewards before they elected to take no further action on McLaughlin.

Tickford had expected McLaughlin to be penalised and even told its driver Mostert, who ultimately finished second in Race 13 at the Truck Assist Winton SuperSprint, not to worry in the belief a sanction was coming.

“Obviously we’ll have a conversation (with stewards) to understand their point of view, but it was pretty clear for the pit lane that he would get something.

“Unfortunately we coached the driver in the wrong way because we were actually saying to Chaz at the time, ‘Don’t worry about Scotty, he’s going to get a penalty,’ when he was dicing all over him for the first couple of laps of the race.

“It seems quite bizarre that two cars go off at the same corner and one makes an effort to turn and get back up the track and the other just kept his foot into it.

“But at the end of the day Scott had good car speed so if we weren’t able to pass in the pit stops, it was always going to be hard.”

However, it was stated in the post-race press conference by McLaughlin that drivers were told it is acceptable to rejoin the track at Turn 9 should a car run off the road at Turn 5.

“The rules of where you can re-enter the track are clear, there was certainly some commotion over the preceding laps of how things were going to play out, trying to work out what would happen next. There’s no question about that,” Story told Speedcafe.com.

“The reality was, penalties were dished out as they were, and we got on with it, and we were fortunate to come away with a win.”