Johnson managed to hold firm and took the chequered flag first, maintaining his unbeaten run in series races in 2019.

Hansford finished second and Adam Garwood in third, despite being drilled in the rear by fellow Chevrolet Camaro driver Ryal Harris late in the 10 lap race. The incident after the finish pic: Fox Sports

Another incident later in the lap between John Bowe (Holden Torana) and Gary O’Brien (Holden Monaro) brought out the Safety Car as the conditions quickly deteriorated before the race resumed on Lap 4.

Numerous drivers had trouble trying to put the power down on the restart, with Harris unloading Danny Buzadzic (Holden Torana) and before himself being spun at Turn 2.

Andrew Fisher (Ford Falcon) and Williams broke loose up front and battled hard for the lead in the slippery conditions, Fisher grabbing the victory in spectacular fashion.

Right at the chequered flag, Williams pulled alongside Fisher on the main straight but got a snap of oversteer and tagged Fisher into a spin while Williams speared off the track and caught airtime across the grass. 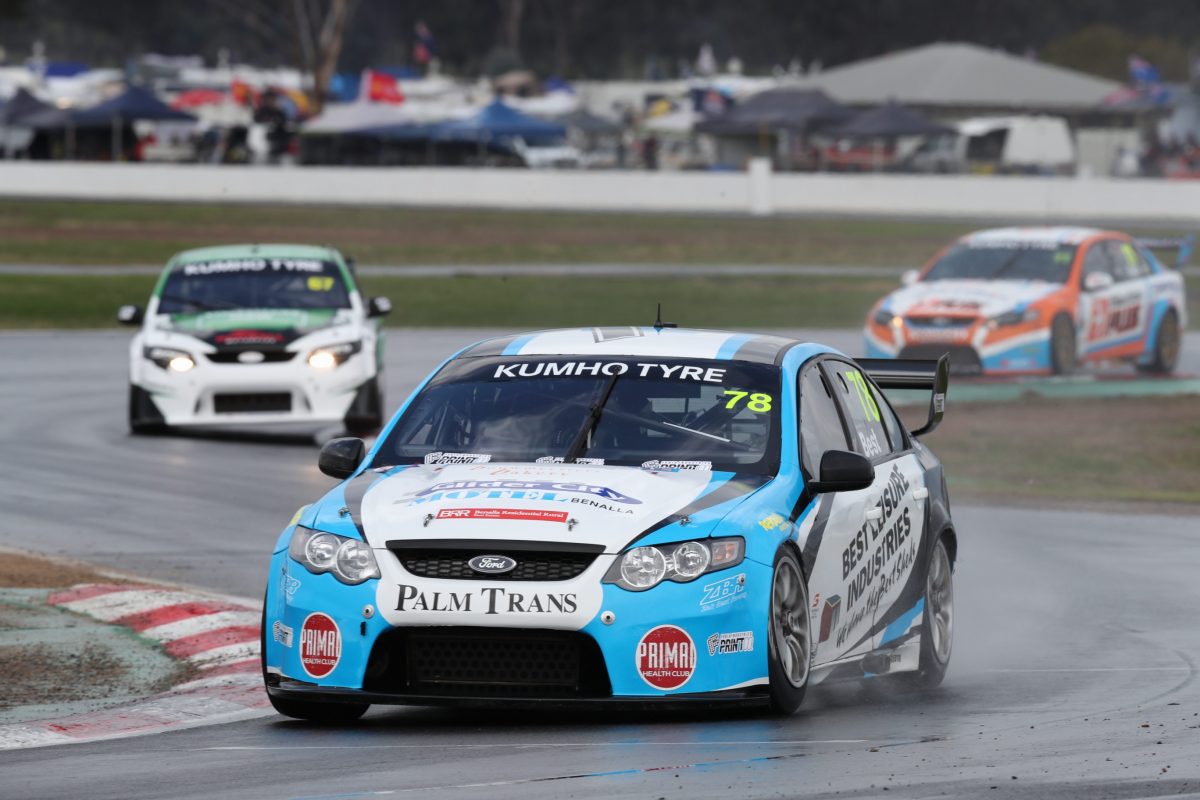 Zak Best has extended his Kumho Tyre Super3 Series lead with victory in each of the first two races of Round 2.

The 2018 runner-up headed up a one-two-three for MW Motorsport in Race 2, the first by any team in series history, with Hamish Ribarits second and Nic Carroll (#48 FG Falcon) third in Ford Performance Racing-built cars.

In wet conditions, Best (#78 FG Falcon) drove away from the field only to have a lead of more than five seconds wiped out by a late Safety Car, caused when Madeline Stewart ran off and had an upright fail in her Brad Jones Racing VE II Commodore.

He survived the one-lap dash to the finish relatively comfortably, as Ribarits just hung on to his #5 FG Falcon to bank solid points after a post-Race 1 penalty saw him start from eighth.

Earlier, Best had enough in reserve to run clean off on the penultimate lap, swipe the tyre wall at Turn 3, and resume with a lead of more than three seconds.

Feeney, Carroll, Ojeda, Fife, and Chris Smerdon (#39 Matt Stone Racing FG Falcon) rounded out the top five in Race 1, in which the field took slicks onto a damp track. 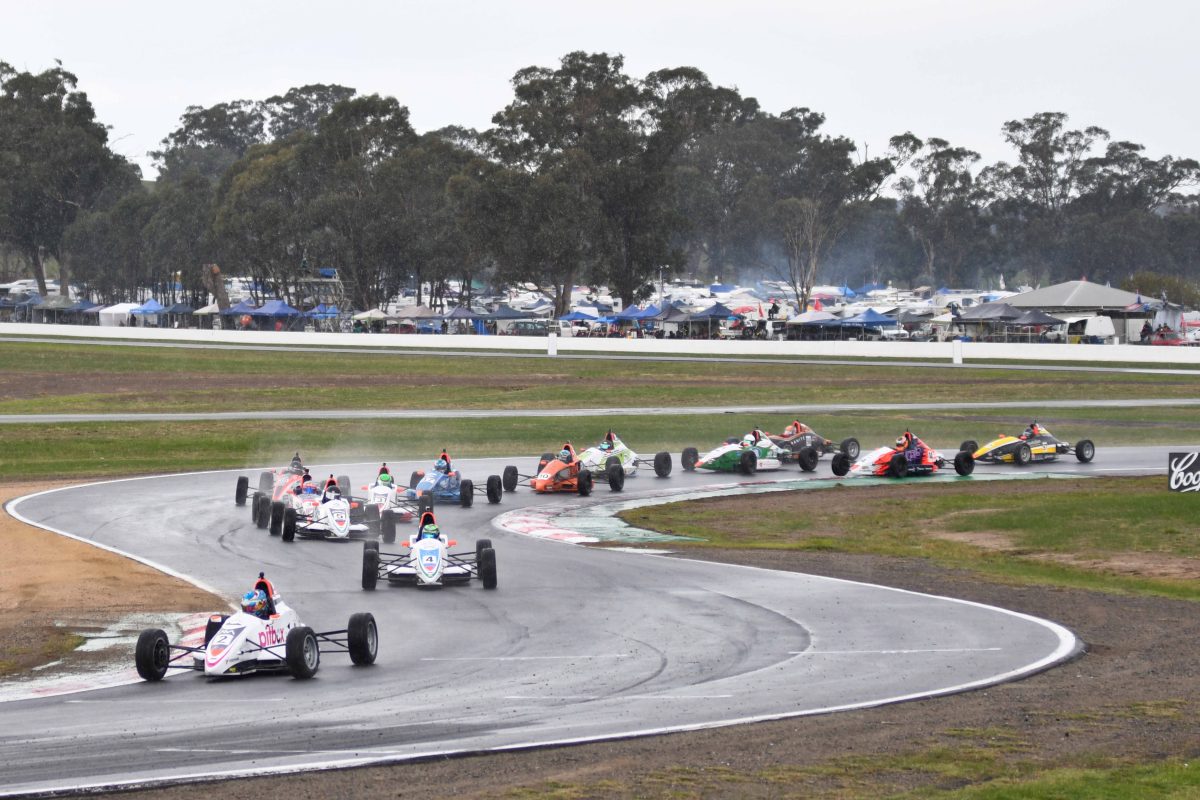 Angelo Mouzouris leads the field away

Angelo Mouzouris won a wet opening race of the weekend in Formula Ford.

Pole-sitter Callum Hedge was deemed to have jumped the start after moving before the lights went out and then bogging down, allowing Mouzouris to assume the lead.

Courtney Prince was punted off the road in the opening exchanges out of fourth position, falling back to 10th.

The Safety Car was deployed on Lap 5 after Zac Soutar and Jake Donaldson tangled at Turn 9, inter-locking wheels and becoming beached in the gravel.

It left a one-lap dash for the chequered flag as Mouzouris led the field back to the green flag and Thomas Sargent snapped up third.

Mouzouris held onto the lead and took the victory ahead of Sargent, Jay Hanson, Ben D’Alia and Lachlan Mineeff.

Hedge was demoted to sixth after copping a five-second time penalty for his false start.