Harris slices through the field to take SuperUtes Race 2 win

Harris slices through the field to take SuperUtes Race 2 win 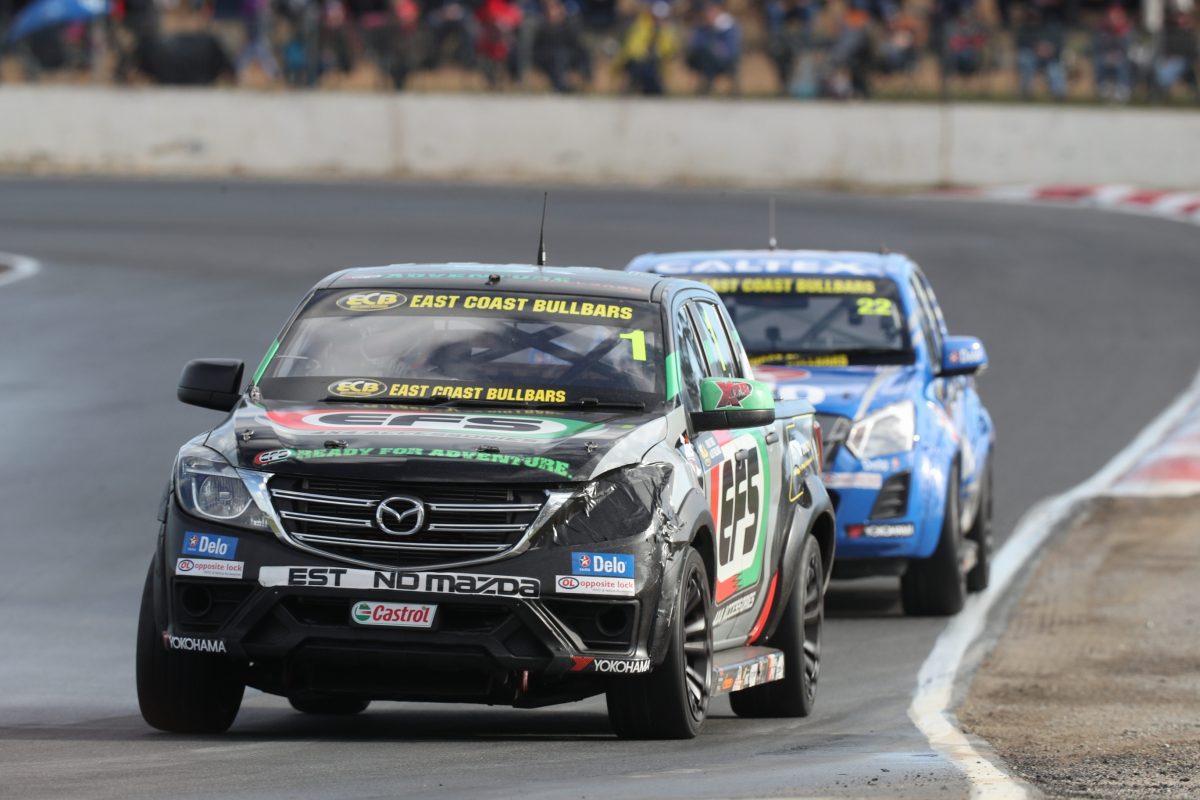 Ryal Harris has stormed to victory in Race 2 of Round 3 of the ECB SuperUtes Series at Winton, ahead of Tom Alexander.

Despite the challenge of the greasy conditions, Harris sliced his Mazda BT-50 through the field in impeccable fashion after starting the race from 11th on the reversed grid.

Alexander finished four tenths back in second in his Isuzu D-Max, while Mitsubishi Triton driver Toby Price fought his way back to the podium places after a post-race penalty was issued to the Dakar Rally champion following the morning race.

The winner of that encounter, Cameron Crick claimed fourth position in his Triton from the back of the grid while Craig Woods (Toyota Hilux) finished the race in fifth after starting from first.

Ben Falk crossed the line with the second BT-50 in sixth after losing control of his car in the front-running pack with only a handful of laps to go.

Craig Thompson crossed the line in 11th after carrying a loose front bumper on his Hilux, which he sustained from contact in the opening stages of the race.

Crick will be joined by Harris on the front row of the grid for tomorrow’s race, which starts at 1035 local time/AEST.