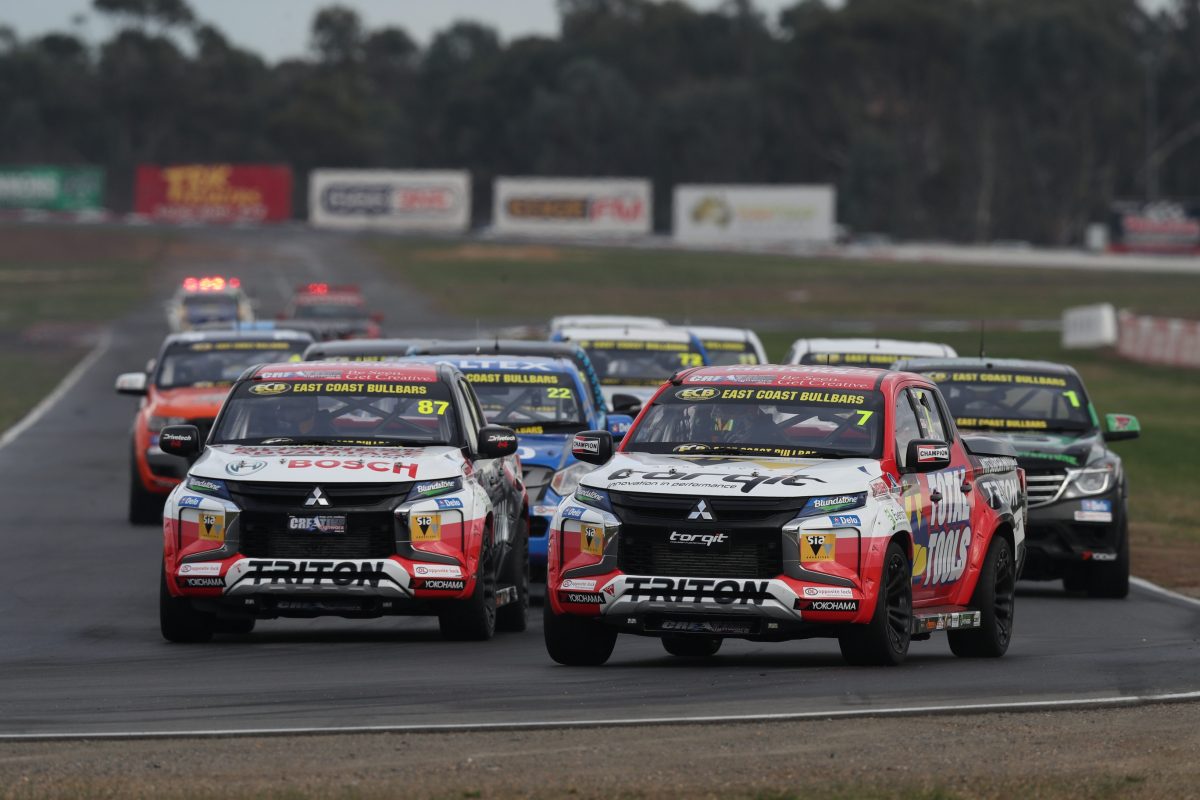 Cameron Crick has taken his first win in the ECB SuperUtes Series by leading all the way in Race 1 at Winton, ahead of Ben Walsh and Ryal Harris.

Toby Price was classified seventh with a 15-second penalty.

He had taken the chequered flag in fourth after starting alongside Crick (Mitsubishi Triton) on the front row, after being caught up in a battle between Harris and series contender Tom Alexander on the opening lap.

The Dakar Rally champion turned his Triton and the Isuzu D-Max of Alexander around on the main straight before Price finished strongly.

Walsh claimed second position at the chequered flag from sixth on the grid in his Toyota Hilux, while Harris was involved in the Lap 1 scuffle but got his Maxda BT-50 through relatively unscathed.

Gerard Maggs recorded a strong result on debut in his Hilux, crossing the line in fifth before his promotion due to Price’s penalty.

Alexander was officially fifth with damage on the side of his Ross Stone Racing entry from the contact with Price, one position ahead of Craig Thompson (Hilux).

Craig Woods was the only non-finisher of the race after his Hilux came to a halt on the formation lap having been set to start from fourth position.

SuperUtes return for the second race of Round 3 at 1410 local time/AEST.