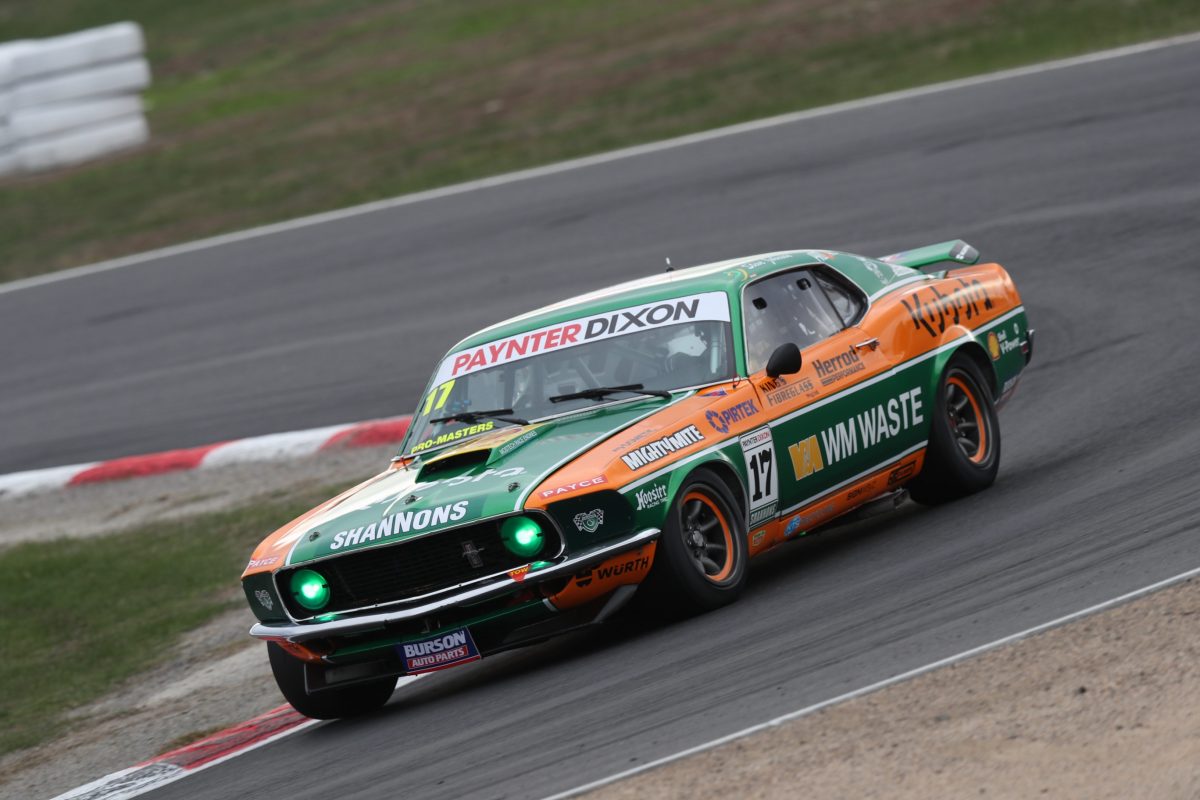 Steven Johnson has beaten Ryan Hansford by just 0.0701s to maintain his unblemished run of poles through the first three rounds of the 2019 Paynter Dixon Touring Car Masters season.

Johnson had a brief spell at the top before unseating Hansford for good with a 1:27.8680s around Winton Motor Raceway in his 1969 Ford Mustang Fastback.

That lap came in the ninth minute of the 20-minute session and while spits of rain gradually got heavier and looked to have decided matters, Robert Hackwood threatened to pinch pole in the final minute in his Pontiac Firebird.

He came up short, and indeed could only qualify ninth in the end, but series returnee Adam Garwood (Chevrolet Camaro) was a late mover to fourth on the grid .

Garwood will therefore start behind Hansford’s Torana A9X and alongside John Bowe’s Torana SL/R 5000 after the latter set a 1:28.1767s.

Aaron Seton was eighth fastest in a Mustang, while the XD Falcons of Marcus Zukanovic and Damien Gambold (Invited class) were 11th and 19th respectively.

The field will be shuffled for the Trophy Race tomorrow from 1010 local time/AEST, with Race 1 later in the day at 1445. 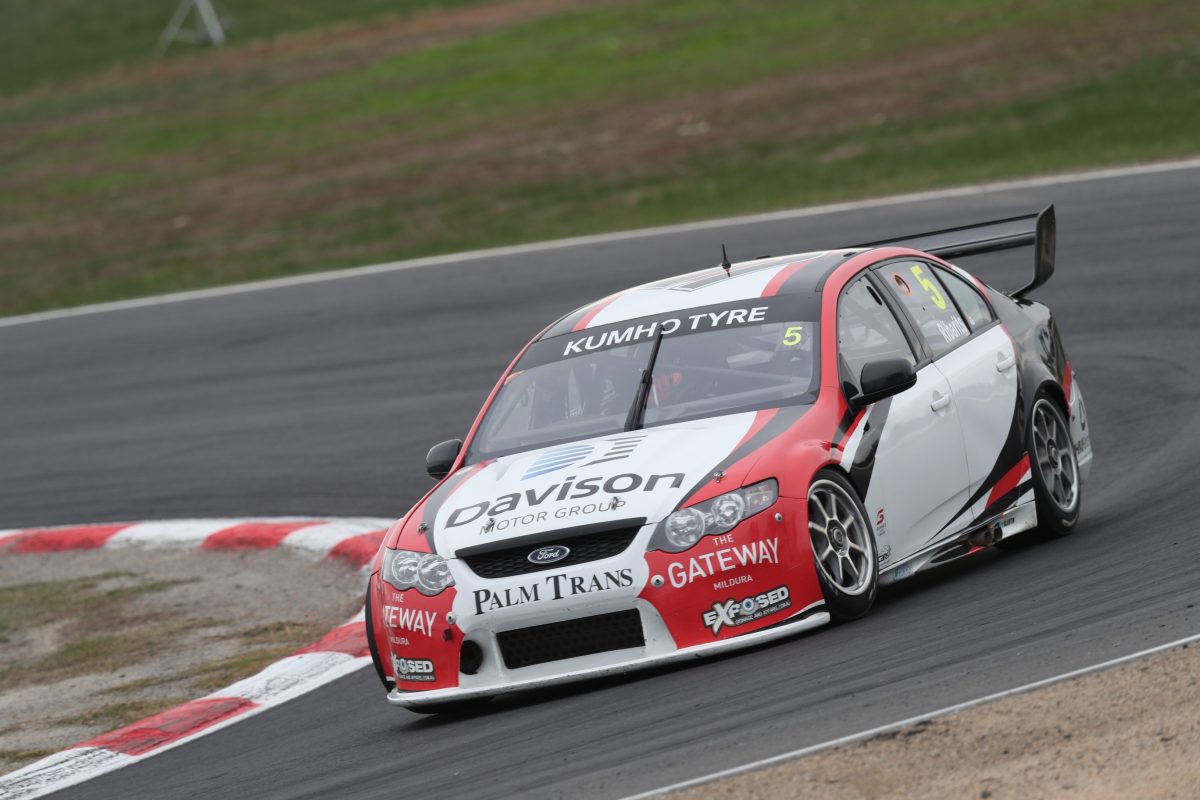 Hamish Ribarits became the second rookie pole-sitter in as many rounds of the 2019 Kumho Tyre Super3 Series by less than a hundredth of a second.

Ribarits (#5 FG Falcon) knocked MW Motorsport team-mate Zak Best off his perch by setting a qualifying record-breaking 1:22.2193s with the chequered flag out.

Best encountered traffic near the end of the 20-minute session but made the control line with three seconds to spare in order to get another lap.

The 2018 series runner-up found some more time but was still 0.0058s short when he finally took the chequers.

The next five positions are also filled by rookies, with Josh Fife qualifying third in his #14 Brad Jones Racing VE II Commodore after an early off.

The first two races of the weekend, each scheduled for 12 laps, will be run tomorrow from 0810 and 1235 local time/AEST. 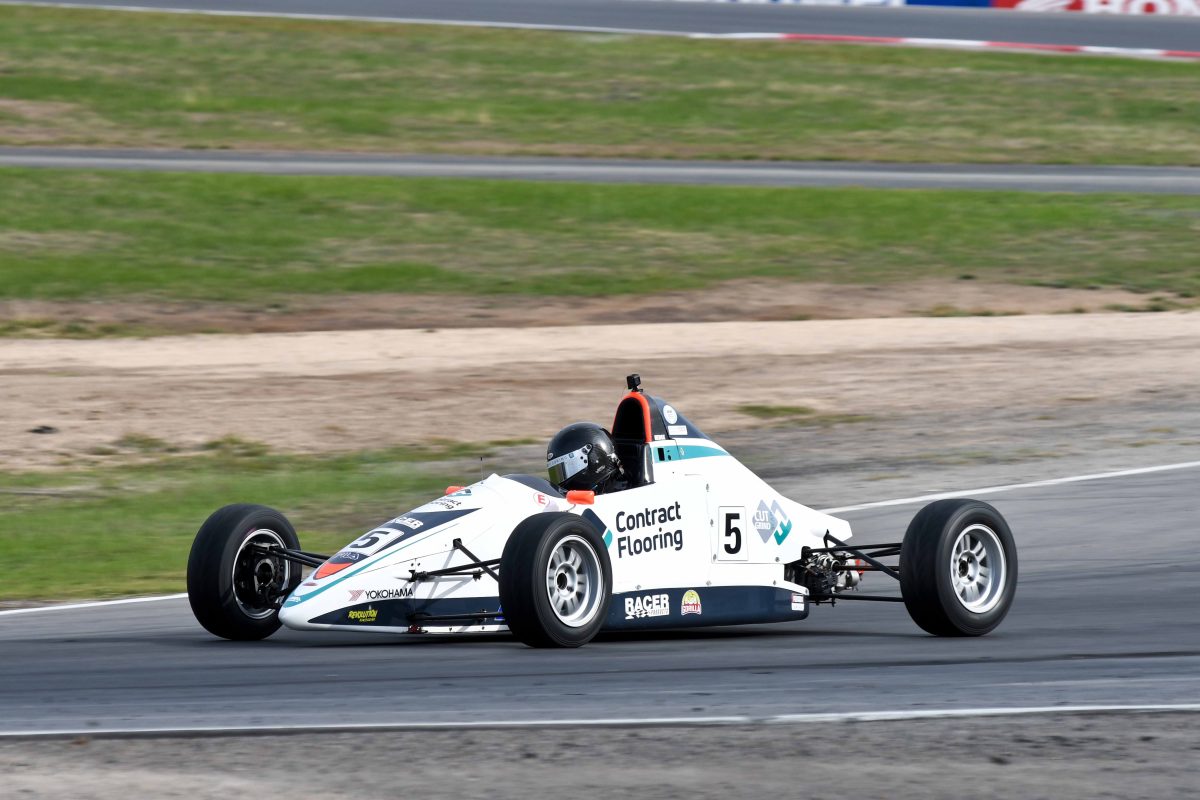 Callum Hedge headed up a sweep of the first two rows in qualifying for Round 3 of the national Formula Ford season.

The New Zealander got his first Australian Formula Ford pole with a 1:25.8927s on his fourth lap while Angelo Mouzouris got as close as 0.2376s slower.

Courtney Prince was third fastest and Jay Hanson fourth, while Zac Soutar (Team Soutar), who shares second in the standings with Hedge, was the best of the rest at 0.5393s off pole.

Series leader Tom Sargent (CHE Racing Team) could only manage 11th on the grid after a big swing at set-up during the session failed to pay dividends.